Why eat the rich when you could also be one in a billion?

Why eat the rich when you could also be one in a billion? 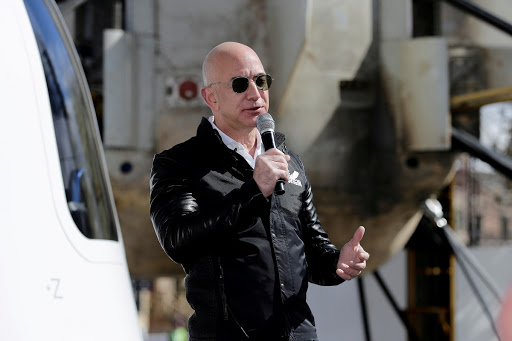 This week’s publication of the Pandora Papers, the largest glimpse so far of the hoarding habits of the ultra-rich, has sent ripples through the oligarch world, or at least under it, with dozens of billionaires scuttling up to the poop decks of their quinqueremes to fire off semaphore messages saying: “Good lord, did you see that poor old Squishy’s down to his last 50 bar? I told you that was paddlefish caviar at his soiree last year!”

The investigation into where the world’s least expert tax dodgers stash their loot has been presented as something of an exposé, and it certainly seems to have involved some dogged and excellent journalism.

At the risk of sounding jaded, however, exposés generally cause one to feel shock, or at least mild surprise, and if anyone is shocked by the news that the ultra-rich don’t pay their fair share of tax, or that world leaders can be liars and hypocrites, well, I’m afraid they’re about as shockable as Cyril Ramaphosa and therefore shouldn’t be left unaccompanied by an adult.

The publication of the Panama Papers a few years ago resulted in a few small tweaks here and there, but all that really came out of those revelations were a fairly solid Meryl Streep movie and some dramatic improvements in the quality of paper shredders and tax lawyers.

Judging by the muted reaction on the social media I follow, I don’t think I’m the only one who’s underwhelmed.

Even the klipgooiers who agitate across my Facebook feed every day, urging me to eat the rich (a truly nightmarish coming-together of Bolshevism and Banting), seem to have met the whole thing with a tired shrug.

Of course, it’s possible they’re not quite as far left as they imagine: posting your revolutionary politics on Facebook is a little bit like Pravda paying the Wall Street Journal to use its printing press.

But still, I think it’s fair to say that only the most radical anti-capitalists are mustering more than a sigh.

And who can blame them? The publication of the Panama Papers a few years ago resulted in a few small tweaks here and there, but all that really came out of those revelations were a fairly solid Meryl Streep movie and some dramatic improvements in the quality of paper shredders and tax lawyers.

Admittedly, it has become increasingly fashionable on the left to denounce the existence of billionaires, embodying, as they do, the absurd inequality that is now baked into unhinged predator-capitalism.

And yes, there was something of an outcry when Jeff Bezos and Richard Branson literally burned millions of dollars to be carried like jiggling meatloaves just high enough to qualify as having reached, technically, sorta, space.

But when they returned from technically-space, it was to a mixture of admiration and apathy. Not a pitchfork in sight.

There are many explanations for why the revolutionary left finds it so difficult to make everyone else loath extreme wealth, but I think the one that comes closest is an idea misattributed to John Steinbeck.

The reason the US (and I suppose by extension much of the capitalist west) hasn’t had a powerful socialist or anti-capitalist movement, the Steinbeckian theory suggests, is that most Americans believe themselves to be “temporarily embarrassed millionaires”.

Put another way, many of the people whom the political left would describe as belonging to a poor and oppressed proletariat, and whom one might therefore expect to push back against extreme wealth, genuinely believe that they are simply one lucky break, one great idea, one twist of fate, away from becoming rich themselves. And why should such people support a system that wants to outlaw the possibility of becoming rich and therefore happy?

If you think this sounds unreasonable, say something unflattering about Bezos on Twitter and watch in wonder as people with mortgages and overdrafts and no emergency funds, who’ve just spent two hours in traffic coming home after dusk from a job that’s slowly killing them, leap to the defence of a man worth almost $200bn who has just installed a small, toilet-sized cubicle inside Amazon warehouses in which stressed-out staff can go and sit by themselves and watch inspirational videos or have a little cry. It’s quite something to behold.

Personally, I rather like the idea, suggested by writer Mikel Jollett, that “after you reach $999bn, every red cent goes to schools and healthcare. You get a trophy that says ‘I won capitalism’ and we name a dog park after you”.

But do I hate billionaires? No. I’m not even that angry. I’m just disappointed.

How can one muster any passionate feeling at all about people who have the means to travel the world in mahogany-panelled submarines with crystal floors or in gilded steam trains equipped with astronomy towers and flame-throwers in the caboose to fight off rival oligarchs, but instead sit slumped inside private jets like lonely, gleaming butter beans inside a tin can?

How could I justify wanting to destroy someone with so little spirit, passion and imagination that, instead of building themselves a secret underground city, complete with torch-lit canals full of genetically engineered luminescent dolphins, they decide instead to buy a bunker in New Zealand, right on the edge of two frisky tectonic plates and only a short flight away from Australia, endlessly trying to start a war with China to alleviate the boredom of lockdown?

No, all I can manage is disappointment.

Besides, what’s the point of making enemies of billionaires when I’m going to be one of them? When, you ask? Oh, any day now. Any day.