Smooth call-centre operators: why even sell ouma a second phone ...

Sales scripts never include a closing statement that sets out the deal clearly, and the elderly are often targets of this mischief 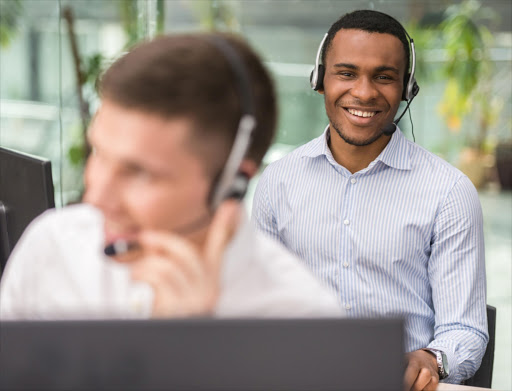 CHARMING It is not uncommon for telesales agents to be circumspect with details in order to get potential customers to agree to a deal.
Image: Thinkstock / FILE

As regular readers of this column will know, I have particularly strong feelings about the way telesales agents get people committed to cellphone contracts over the phone.

They call you out of the blue, immediately putting you on the back foot as they take control of the call.

They have: a purpose — to sell; a very carefully worded script; a motivation — to earn commission.

And at the end of the call, if you agree, they have a recording of that call as proof of what was said, and you don’t.

Getting your own copy of that recording of that conversation — if you later feel that you were misled in some way during that call — is seldom an easy task.

Ideally, of course, consumers should routinely be supplied with the call recordings within the five-day cooling period, during which they can cancel without penalty.

At best you’re told to go and listen to the recording at one of their branches, as if they are doing you a huge favour.

Former national consumer commissioner Ebrahim Mohammed told me some years ago that though the Consumer Protection Act was silent on making telesales call recordings available to consumers, the commission was of the view that the CPA rule, which compels companies to supply consumers with copies of written contracts, should apply to telephonic contracts too. Consumers must have “access to” them.

Ideally, of course, consumers should routinely be supplied with the call recordings within the five-day cooling period, during which they can cancel without penalty.

I’ve been banging on about this for years, but sadly it’s still not a legal requirement.

In too many cases, telesales agents get people committed to a second contract by making them believe they are getting a better deal by “upgrading” their existing contract.

When they do that to an elderly person it’s particularly reprehensible.

How many many people over the age of 70 need or want two cellphone contracts?

The Consumer PA has a word for it — unconscionable.

I’ve been challenging the service providers on this for years.

“Surely a quality control person should have listened to that call with a view to making sure that Mr C, who is 91, was very clearly told that he was committing to a second cellphone contract?” I asked MTN a couple of years ago.

I didn’t get an answer that time.

What those sales scripts never include is a closing statement setting out the deal very clearly, leaving no chance of them missing — or misunderstanding — vital aspects of what they are being asked to commit to.

Something like: “Do you agree to an additional 24-month contract, starting this month, and running for 24 months, at R150 per month?”

The fact that they don’t do that is very telling indeed.

Dare I hope that is set to change, at least in the case of one network?

That brings me to my latest case of shocking mis-selling to an elderly person.

Laura Yeatman wrote to me in desperation about her 86-year-old mother Jill, who had an MTN data contract taken out in her name, despite telling the telesales agent that she didn’t want it — and certainly didn’t need 20GB a month.

“She has tried everything possible to sort out the problem, to no avail,” Laura told me.

“She is distressed to the point of not sleeping properly.”

She attached a letter her mother wrote to MTN’s CEO in desperation, but like all other communication with the company, she said, she got no reply.

The letter explained how the situation arose — a bullying call centre person who would not listen to her — and went on to say she had sent five emails to MTN’s “customer care” people and personally delivered a letter to the company, begging for the contract to be cancelled, along with the R260 monthly debit order.

She was ignored and the cancellations only happened when I took up the case.

Clearly she should not have needed my help to achieve that.

“Our partner, Summer Mobile, and MTN’s quality assurance team have confirmed that the sales call was noncompliant and that the agent was dishonest,” she said.

The agent is no longer employed by the Summer Mobile, O’Sullivan said.

“MTN has clearly defined policies and protocols that serve as guidelines for agents when interacting with our customers, or potential customers, but it is becoming increasingly clear that these protocols are being ignored by some agents within the partner sales companies.

“We will be meeting with these partners to not only review their sales scripts and standard operating procedures, but we will also be removing any commissions from sales made to customers over the age of 65 years.

“This sort of targeting of elderly customers is unethical and immoral, and we will not tolerate it. We will also be reviewing the contracts of these partners, with our in-house legal counsel, to ensure action on the censure clauses within those agreements, should this shocking behaviour continue.

“These sorts of opportunistic and unscrupulous sales result in huge stress and anxiety for the affected customer and we will be actively reviewing these partnerships, to ensure this unacceptable is avoided in the future.”

I’m encouraged by that response, particularly the bit about putting an end to the earning of sales commission on deals concluded with those over the age of 65 years.

I wish I’d thought to suggest that myself, and I’ll certainly be looking at MTN’s competitors to do the same, because these dodgy practices are by no means confined to one service provider.

• Remember, the Consumer Protection Act gives consumers five business days to cancel a contract entered into during an unsolicited phone call and, no, you don’t need a reason.