Join the dots, SSA, because it looks as if we’re in for more ...

Join the dots, SSA, because it looks as if we’re in for more chaos

In run-up to local polls, politicians are killing their own. One wonders what they’ll do if they lose to an opponent 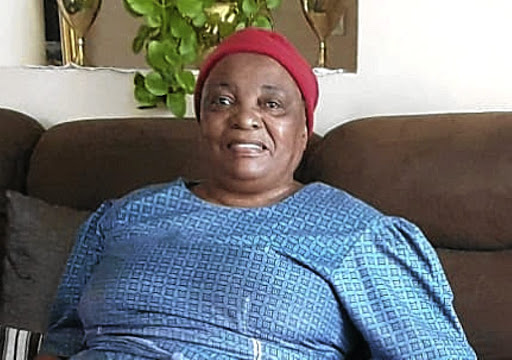 TARGETED In September, President Cyril Ramaphosa’s sister, Ivy, was targeted by protesters who threatened to burn down her house.
Image: Supplied

I cannot lie to you. I doubt the geniuses at Musanda, who failed to see the July riots coming at them, are following events that signal violence is bubbling under the calm of an SA preparing for elections.

Political killings and intimidation are wreaking havoc across the country. They are reported in the media in dribs and drabs, so unless you are actively taking notes you will not spot the trend. Yet it’s there and it is scary. More people will probably die in the next few weeks in the ANC’s internal battles for seats on local councils. If those ANC local leaders who covet these seats lose the election, what are they capable of doing afterwards?

Minister Pravin Gordhan once entreated South Africans to connect the dots to see how state capture works. In the run-up to July we failed to connect the dots and an insurrection nearly succeeded. Here are just some random dots to connect and you will realise violence is not far from us, that it lies just under the surface of the calm around us.

A week and a half ago hitmen in two vehicles shot Tshepo Motaung, a ward councillor from the Tshwane township of Mabopane, at least 20 times while he was travelling with his uncle and cousin. Motaung died at the scene, while his uncle and cousin were rushed to hospital. The hit was clearly political, as the ANC secretary in Tshwane said. There are bitter fights in the region over who made it onto the party’s election lists.

In September three women were killed and several people were injured in a drive-by shooting at a school in Inanda, KwaZulu-Natal, where an ANC branch meeting was taking place. Beatrice Dlamini, a 75-year-old woman, was standing in a queue to vote for an ANC councillor candidate when she was killed alongside Ncami Shange, 34, and Philisiwe Jili, 39.

The culture of intolerance is also touching other parties. ActionSA said last week a member of the party was assaulted and had their political colours removed and burned, allegedly by ANC supporters, in eThekwini.

Last week the ANC in Msunduzi in KwaZulu-Natal held a crisis meeting after members claiming to be aligned to its radical economic transformation faction threatened to disrupt the party’s election campaign.

In June an ANC branch meeting in Lephalale, Limpopo, descended into chaos when factions started shooting at each other. Two people were shot and 16 were injured. In August an ANC member was killed when fighting over councillor candidates turned violent in ward 15 in Nellmapius, Tshwane.

It’s not just political players within the ANC who are being targeted, but their relatives too. Three weeks ago President Cyril Ramaphosa’s older sister, Ivy, was confronted by protesting residents outside her house during an electricity blackout in Chiawelo, Soweto. The protesters threatened to burn down her house and told her to “phone your brother” to deal with their issues.

The culture of intolerance is also touching other parties. ActionSA said last week a member of the party was assaulted and had their political colours removed and burnt, allegedly by ANC supporters, in eThekwini. In KwaDambuza, also in KwaZulu-Natal, ANC members tried to block EFF leader Julius Malema from entering an IEC facility to monitor voter registration.

You may say these are isolated incidents. You will be lying to yourself. In almost every province local ANC leaders are engaged in a major battle — with their own comrades. TimesLIVE reported last week that ANC secretaries from national, provincial and regional structures are so concerned they are set to meet to discuss the political killings which have spread to the Free State and Mpumalanga.

We know what’s happening here. ANC leaders are fighting over the honeypot that comes with political office. They are prepared to kill each other for these positions, as we see now and as we have seen in the past, particularly in KwaZulu-Natal.

These same political hyenas may now find themselves not just losing power to a fellow comrade, but to an opposition political player. If someone is prepared to kill a “mate” or ally, for that is what the word “comrade” means, what will they get up to when they lose to a political opponent?

I fervently hope someone is connecting the dots and doing something about it. We have so many problems as a country. We cannot afford another explosion.

I was sniffing glue with bad boys until rugby rescued me: Siya Kolisi