I cite a little prayer: name your black feminist sources

I cite a little prayer: name your black feminist sources

Writing about the manyano movement is important work, but we also have to talk about the politics of citation 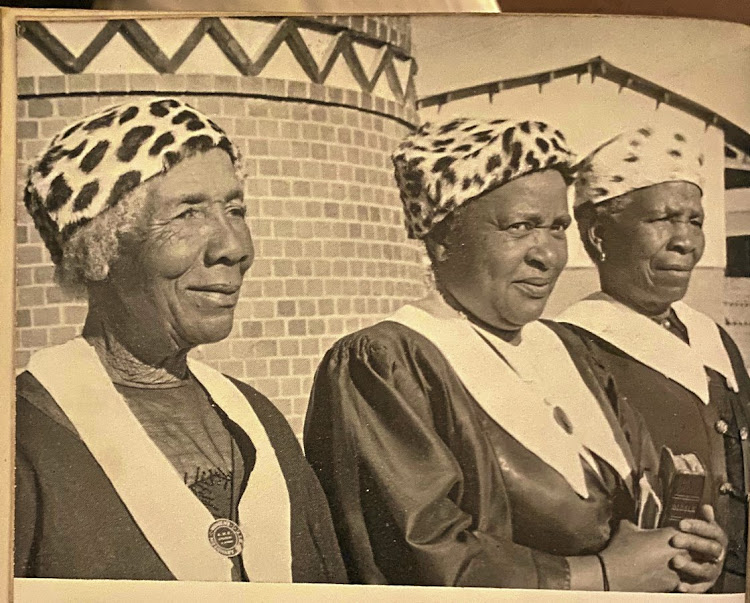 The manyano movement is one of the most visible black women’s movements. Its history stretches back to the late 1800s. Growing up in the Methodist church, I often heard that oomama bayidiesel yecawa — mothers are the diesel of the church — implying that without oomama, the church would not exist.

In part one of her essay Panashe Chigumadzi locates Charlotte Maxeke’s legacy within the story of umanyano in the African Methodist Episcopal Church. Chigumadzi paints a vivid picture of her conversations with current leaders of the AME manyano in Johannesburg.

Even while umanyano occupies an important place in the cultural imagination and social fabric in black communities, we seldom know the names of the women who keep these organisations alive. I was impressed that Chigumadzi inserted conversations she had with AME Manyano women, who are often erased from the story about the AME church in this particular case, but more especially in churches such as the Methodist, Anglican, Presbyterian and Amaziyoni churches.

Our debt to Charlotte Maxeke: 150 years after her birth, she's still...

Umanyano is a perennial movement that has reinvented itself over time even while resisting white Christians’ attempts to dilute it or control it as Prof Beverley Haddad, from the University of KZN School of Religion, Philosophy and Classics, has shown in her work since the early 1990s. In her research on umanyano, Haddad shows how feminist research has often neglected to take seriously the meanings of umanyano. This has begun to change in post-apartheid SA as more African feminists take seriously what it means for umanyano to survive.

Chigumadzi discusses umanyano in relation to the liberation struggle more broadly as mothers of the 1976 generation. She writes: “As their children sought liberation, their mothers sought survival. Manyano, in part, provided that. If the broader black church is the midwife of black theology of liberation, then the manyano births a black women’s theology of survival.” It is a pity Chigumadzi does not acknowledge Haddad’s work, published as far back as 2004, which is likely to have influenced her own thinking about “black women’s theology of survival”.

In her article “The manyano movement in South Africa: site of struggle, survival and resistance”, Haddad explores what she refers to as “survival theologies of marginalised women” as expressed through umanyano. Haddad explains: “Survival theologies must become a major challenge to theological reflection.”

By survival theologies she cites the fundraising practice that happens in manyano meetings known as umjikelo or mijikelezo. This is a difficult word (and practice) to translate into English, as it is derived from the Nguni languages, which evokes the idea of taking turns. Members of umanyano will take turns to contribute financially. This is accompanied by singing and dancing at the manyano gathering as women step forward to place their contributions at the main table. This practice is a direct response to the economics behind umanyano and the understanding that money is able to facilitate the organisational and public work of umanyano. In her exploration of this practice Haddad explains: “Survival theologies […] do not merely reform the feminist liberation paradigm, but they call attention to the need for a radical rethink of both our epistemology and the way we understand liberation as women theologians in our SA context.”

Lihle Ngcobozi’s book Mothers of the Nation (Tafelberg, 2020) extends Haddad’s work, where she also explores theologies of survival among manyano women in Lamontville Circuit in KwaZulu-Natal. In “Chapter 4: ‘We are praying women’ — Theologies of Survival” Ngcobozi shows that at the core of the manyano’s theologies of survival is the practice of prayer, ukubekezela (endurance) and “the characterisation of motherhood, ubufazi”. Like Chigumadzi does in her essay, Ngcobozi centres the voices of the manyano women she worked with during her research, who express the ways they understand their survival.

Gugulethu Sithole had this to say about prayer as survival: “We are praying women. That is the most important thing we do. Above all else, that is what we are. We do other things like visit the elderly, raise funds for the needy, we visit the sick, we clean the church, we cook for people — a lot of things. But the most important of these is prayer. Without prayer, I do not think the manyano would have lasted as long as it has. It is only through prayer that we have lasted so long.”

Chigumadzi is conscious of these politics of citation as she makes reference to Dr Thozama April’s work more than once as well as to Prof Gabeba Baderoon. This is within the context where there is a demand for academic researchers to make their work more accessible in public discourse. Ngcobozi’s book does this, as it is pithy, accessibly written and is not published by an academic press. Feminist scholarship has been at the heart of challenging this erasure through the Cite Black Women movement.

While Chigumadzi’s essays provide extensive information that gives us the opportunity to reread Maxeke within a broader understanding of trans-Atlantic, transnational politics and the firmament of Ethiopianism in SA, it seems we have to talk about the politics of citation. Chigumadzi writes extensively about the AME church, which reminded me of the work of James T Campbell’s book Songs of Zion: The African Methodist Episcopal Church In The United States And South Africa, published in 1995. While Campbell acknowledges Maxeke’s role in the AME’s establishment in SA, it seems to me Chigumadzi builds on his research to highlight the gaps in the scholarship.

This is the beauty of new scholarship: it is happening within the context where people are searching for more clues that can respond to the historical inaccuracies or gaps. This does not need to be bogged down by issues of erasure, as it undermines important work such as Chigumadzi’s doctoral thesis. In fact, Maxeke herself was very aware of the dangers of erasure, which she wrote about in an open letter published in Umteteli WaBantu in 1920, which I will discuss in the second essay responding to part two of Chigumadzi’s essays.

EDITORIAL | It’s vital that tensions in Zulu royal family are dealt with ...