Well, well, well, it seems the ANC is growing up at last

Well, well, well, it seems the ANC is growing up at last

Knee-jerk resolutions taken in 2017 have largely been ignored, indicating the RET brigade is losing its battle 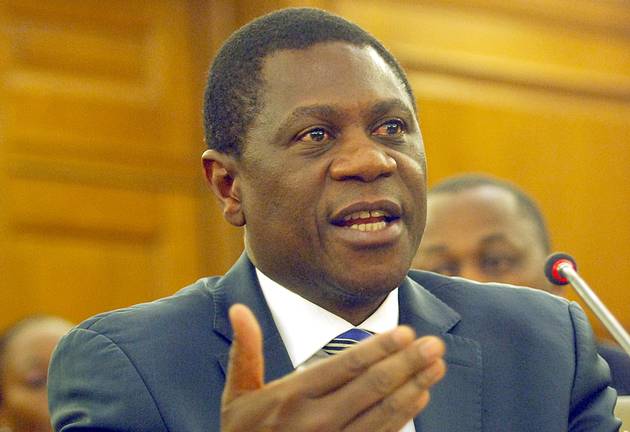 NO GO At its 2017 Nasrec conference the ANC resolved to investigate the possibility of pension funds and money managers being compelled to invest in debt instruments issued by the government or state-owned enterprises (SOEs). However, in October, ANC treasurer-general Paul Mashatile poured water on the policy, saying it would create challenges between the government and investors.
Image: Puxley Makgatho

There is a quiet change — perhaps even a mini-revolution — taking place in the ANC.

One of the more astonishing aspects of President Cyril Ramaphosa’s recent state of the nation address (Sona) and finance minister Tito Mboweni’s budget speech last week is just how silent the two were on the ANC’s key resolutions from the Nasrec 2017 conference. Without fanfare, they seem to have moved on from the ANC or, at least, the radical economic transformation (RET) wing of it. In doing so, they may finally be exposing the party conferences as a site of fairy-tale policy pronouncements while the real, grown-up stuff is being thought up and implemented in government.

At its conference that year the ANC adopted a whole slew of policies which, it vowed, would be implemented over the next five years. Today, none of those populist plans the RET brigade pushed for are getting even a token mention in key government programmes now being outlined by government leaders.

Many of the policies were knee-jerk (“nationalise the Reserve Bank” was one), while others (rollout of a National Health Insurance (NHI) scheme) were just unaffordable in a country where the debt-to-GDP ratio was deteriorating at a rate of knots.

In a late-night Twitter thread two weeks ago, Mboweni revisited the ANC’s resolution to launch a state bank. He was in favour and tweeted that “the cry for a state bank is loud, clear and urgent”.

It is one thing to tweet late at night or adopt resolutions in a hall of 4,000-plus warring delegates, as happened at Nasrec, another altogether to implement unaffordable populist policy. Most of the ANC’s stratagems from that conference have been subjected to the very bright light of day and found wanting.

An NHI is worthy and necessary. It is also unaffordable under SA’s current circumstances. In his speech Mboweni announced cuts to the health budget of R15bn over the next three years. There was no word on NHI.

In his budget speech there was nothing at all by Mboweni about the formation of a state bank, despite the “cry” for it allegedly being “loud, clear and urgent”. Instead, the finance minister allocated R7bn to the Land Bank over the next three years, saying this would put the institution “on a stable and sustainable development path”. That’s debatable, of course, but the allocation illustrates that Mboweni realises fantasies of a state bank are nothing compared with the fact that the Land Bank provides 27% of SA’s agricultural debt. Logic, not populism, won. Thank you, minister.

Then there is the NHI. This is a drum the ANC has been beating since 2007. An NHI is worthy and necessary. It is also unaffordable under SA’s current circumstances. In his speech Mboweni announced cuts to the health budget of R15bn over the next three years. There was no word on NHI.

Politically, Ramaphosa and health minister Zweli Mkhize have been saying the time for a NHI has come. In October last year Mkhize said: “Now we need to turn our attention back towards other programmes and the most important is the implementation of the National Health Insurance.”

There was nothing in the Sona or budget speech to indicate this is a priority. There is just no money for it.

At the Nasrec conference the ANC vowed to implement a policy of expropriation of land without compensation. It’s not doing that. Instead, Ramaphosa announced in his Sona that government would establish a land and agrarian reform agency to fast-track land reform.

The ANC also resolved it would swiftly nationalise the Reserve Bank. Even before his budget speech, Mboweni rejected this idea. In a written reply to a parliamentary question in late February, he said “the government does not intend to nationalise the SA Reserve Bank, as the costs to the fiscus in these challenging times would be considerable, after taking account of the need for compensation in terms of both section 25 of the constitution (relating to expropriation) and current bilateral investment treaties”.

So it goes. One of the biggest talking points after the Nasrec conference was the party’s resolution to investigate the possibility of pension funds and money managers being compelled to invest in debt instruments issued by the government or state-owned  enterprises (SOEs), popularly known as prescription, as happened under apartheid.

ANC treasurer-general Paul Mashatile poured water on the policy in October, saying it “is not viable”.

“I think it just creates challenges between government and the investors because when you do prescribe assets you are basically saying to fund managers: ‘You shall invest in this project’.

“You need to give them the flexibility to choose. I think it is better not to prescribe, but to create an environment for the pension fund to invest,” he said.

In essence the RET brigade is losing the policy battle. To be fair, many of us have always known policy wasn’t really its pursuit: power to redirect resources into its members’ pockets was what it was all about. Their “policies” were populist and unimplementable. Quietly, painfully slowly, Ramaphosa is winning the policy fights.

Level 1, yes, but third wave could crash down at any time, warns Ramaphosa