We could use a GPS for English monsters, but it’s more fun to ...

A WORD IN THE HAND: MAP

We could use a GPS for English monsters, but it’s more fun to just get lost 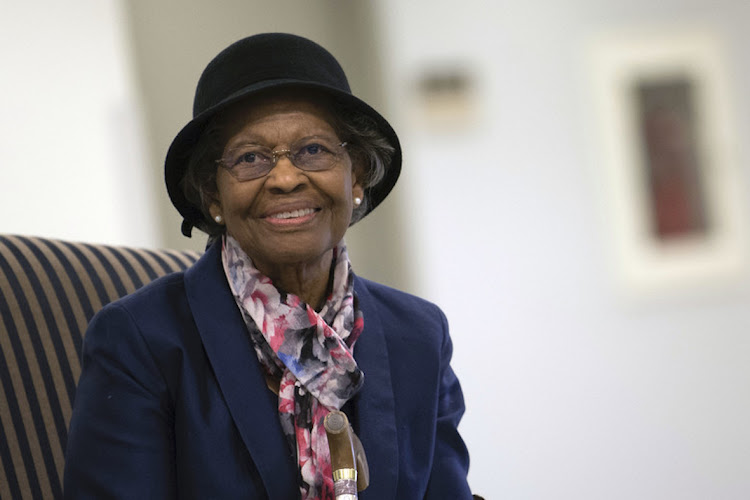 Time and place Dr Gladys Mae West does not frequently use the GPS technology she helped develop.
Image: Wikimedia Commons

I have often wished that there was a GPS that could guide us through the minefield of infuriating English words and phrases. Perhaps one day someone will invent one.

Incidentally, there is still dispute over which scientists developed the first version of the global positioning system. Up until just over a year ago, three men were credited with varying levels of genius in this field.

Then, in December 2018, Dr Gladys Mae West was finally inducted into the US Air Force Space and Missile Pioneers Hall of Fame for her contributions to modern knowledge, which include mapping the orbit of the planet Pluto and developing the computational modelling on which modern GPS relies.

Born in 1930, Dr West graduated from Virginia State University with a Masters in mathematics and was employed as a mathematician by the US Naval Surface Warfare Center in 1956. She was one of only four African-Americans in their employ.

However many years it took for her to be officially recognised, we can all thank Dr West for helping us not get lost as often we used to. (Technically no one should shout at an annoying person to “get lost” anymore, because technically it is no longer possible for this to happen.)

If someone does invent a GPS for grammar and language, it should be Dr West’s velvety voice that points us in the right direction when we mistakenly say “slither" instead of “sliver” (for the record: slither is what snakes do; a sliver is a tiny piece of something).

Here, Pliny, pass me your napkin, a paintbrush and an amphora of wine and I’ll show you how to get to that lovely little tavern of which Caesar spoke.

“You have committed an error of judgment,” this virtual assistant might say, in tones of impeccable correctness. “Please make a u-turn on the snake and take a slice out of page 101 of the dictionary.”

There are all sorts of rule books to lead us, like Ariadne’s thread, through the labyrinthine tunnels of language, but English remains tricky terrain to navigate. Monsters lie in wait around every corner, ready to trap us into saying things we did not mean.

The word “map” comes from the Latin mappa, which was a piece of cloth on which maps were drawn. Often these had dragons drawn on the edges, because these beasts would eat anyone who explored too far and fell off the flat edges of the world.

Maps were not just for explorers, they were also used for more mundane purposes. “Here, Pliny, pass me your napkin, a paintbrush and an amphora of wine and I’ll show you how to get to that lovely little tavern of which Caesar spoke.”

Map is a shortening of the Middle English mapemounde, meaning “map of the world”. The “world” bit was presumably dropped because maps have moved far beyond the limits of the globe. Nowadays there are maps for all sorts of things, from star maps to bitmaps.

In his exquisite novel The Selected Works of TS Spivet, author Reif Larsen’s young hero draws maps (reproduced in the book’s margins) of everything from the location of the furniture in his bedroom to the changing direction of dinner-table conversation.

There are also mind maps, those spider diagrams that are supposed to help us organise our thoughts or come up with inventive solutions to problems, or something. British motivational speaker Tony Buzan tried to trademark it as his own invention. He failed.

The film Paper Towns, in which the two lead roles are played by Cara Delevingne’s eyebrows, owes its title to the trickery of mapmakers (or cartographers, if you prefer). Some of these used to put fictitious places on their maps to guard against copyright infringement. The nonexistent locations were known as “trap streets” or “paper towns”.

Let’s hope the makers of global positioning systems don’t start doing this or road rage might take a turn for the worse.

Given their important place in the history of the world, it seems odd that maps have not given rise to more idioms. A person who ignores their Facebook profile for a few weeks (or who, like me, does not have one) could be said to have fallen off the map.

You can put someone on the map by writing about their hedgehog collection. Someone with an even better collection could wipe them off the map. People who don’t use mind maps to regiment their scattered thoughts might be all over the map. Someone else could map out the alternatives to mind maps. But that’s about it.

Perhaps maps are too serious to be used idiomatically. American poet Adrienne Rich wrote in Diving into the Wreck: “The words are purposes. The words are maps.” A map that helped us navigate the world of words would be useful, but sometimes it’s more fun to get lost and accidentally discover new places.

Dr Gladys Mae West, incidentally, said in a recent interview for Massive Science that she does not frequently use the GPS technology she helped develop. Like many of us who are guilty of flinging the phone into the backseat when the lady inside it tells us for the 17th time to “make a u-turn now”, West prefers paper maps that don’t talk back.​

To avoid further state capture, SA must fight to save good journalism