Oh, how Zuma’s cartel of fools must be shaking in their ...

Oh, how Zuma’s cartel of fools must be shaking in their ill-gotten boots

Ramaphosa’s judicious appointments are beginning to act, and they’re coming for the looting Zuma-ites 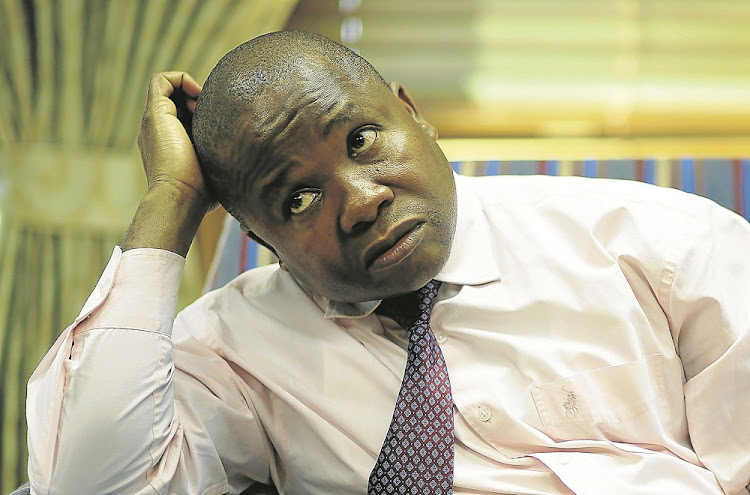 Head-scratching times Des van Rooyen - one of the collection of puppets appointed by Jacob Zuma, a puppet himself.
Image: Sunday Times

ANC secretary-general Ace Magashule is in a flat panic. Yesterday he warned the Hawks investigating unit that there is no need for a “media spectacle” if they pitch up to arrest him. A few days before he had told a reporter that the Hawks were coming to arrest him in a “Hollywood-style” raid. Then he said his lawyers were speaking to the Hawks to find out about “rumours” that he is about to be arrested. Hello, what’s the truth here? Does he know that he is about to be arrested, as he “confirmed” twice to the reporter, or was he just having a case of the heebie-jeebies?

He is right to be in a panic. Finally, the law enforcement agencies are coming for him and others who have for years been implicated in the corruption that was the main characteristic and reason for existence of the Jacob Zuma administration. Magashule has been implicated in so much corruption in the Free State, where every single government tender was inflated and manipulated to enrich political players, that it is quite frankly extraordinary that he is still walking around like a free man.

That is all coming to an end. In the next few weeks or months Magashule and his comrade, former minerals minister Mosebenzi Zwane, are likely to be hearing the words “all rise” as a magistrate or judge enters the courtroom where they will have to plead guilty or not.

They are not the only ones. When the ANC disbanded the Scorpions in 2008 and embarked on a programme of hollowing out the National Prosecuting Authority in the years after that, the Zuma-ites thought they had succeeded in destroying the country’s ability to bring them to justice.

Zuma is doing his best to get out of appearing at the Zondo commission. Why? I have never seen an innocent man work so hard to not clear his name.

They were deadly wrong. With a few judicious appointments by President Cyril Ramaphosa and the right messages being communicated, these institutions are beginning to act.

Hawks head Godfrey Lebeya is adamant that the men and women he leads are now firmly back to being servants of the people of SA and not the ANC. These are not the days of Berning Ntlemeza, the Hawks chief who was appointed by the Zuma lackey, Nathi Nhleko, in 2014 while ignoring the CVs of five candidates considered better qualified. We know what Ntlemeza did on his watch – the Hawks went after Pravin Gordhan on trumped-up charges.

Along with the Hawks’ Lebeya is NPA head Shamila Batohi, beginning to show the mettle that got her appointed, and charting a path that is drastically different from that of the likes of Shaun Abrahams or Mokotedi Mpshe. There is also Andy Mothibi, head of the Special Investigating Unit. Then there is Hermione Cronje, the head of the NPA’s Investigative Directorate, who promised action by the end of September – and has delivered.

These individuals are about the rule of law, not the bending of the knee in front of corrupt political players. The Zuma ANC had sought to make SA a corrupt state where the likes of the Guptas and others could do as they pleased. To Zuma and his cronies, these institutions had to be made into playthings.

That is why, between 2009 and 2017, they could pretty much loot from Eskom, Transnet, provincial administrations and other entities. Zuma did not run a government. He ran a criminal cartel in association with the Gupta family. The state of SA and its institutions was mere cover for their criminal activities.

This criminal cartel had many individuals working away happily in it. Julius Malema and Fikile Mbalula warned us about the appointment of ministers by the Guptas as early as 2010. After that it was a free-for-all: the successive corrupt boards at Eskom, the installation of cronies as ministers of public enterprises from Malusi Gigaba to Lynne Brown, continued apace. The Mosebenzi Zwanes and Des van Rooyens were all herded in, all of them singing merrily and overseeing the corruption and the looting.

They, too, must be in a flat panic now. Their chief, Zuma, is doing his best to get out of appearing at the Zondo commission. Why? I have never seen an innocent man work so hard to not clear his name.

The problem is that he appointed some seriously dumb people around him. Des van Rooyen literally told us that for four days the Guptas ran the finance ministry by giving him a team he did not know. He was a puppet. And he was appointed by a puppet called Zuma.

This cartel of fools that have been stealing from the poor while cloaked in the coat of the party of liberation are now in the crosshairs of the rejuvenated law-enforcement agencies. They are in a flat panic, threatening the Hawks and others. Yet there is nothing they can do. The noose is tightening.