The only thing ANC cadres are busy with is Survé-ing their own ...

What with all the back-stabbing, we’ll probably never get to the bottom of how much Ramaphosa knew about the Zim jaunt 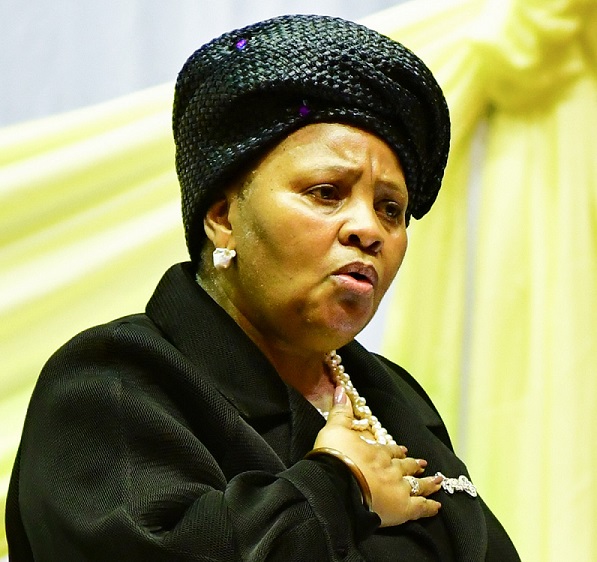 WHO, ME? Whether President Cyril Ramaphosa signed off on ANC members hitching a ride to Zimbabwe with defence minister Nosiviwe Mapisa-Nqakula, as suggested by an SA media group, remains to be seen.
Image: Darren Stewart/Gallo Images

I’m not suggesting The Star was lying when it implied on Monday that President Cyril Ramaphosa signed off on the ANC using a military jet for its Zimbabwe jaunt. Not at all.

Yes, some of my colleagues in the media continue to insist that the newspaper, being part of Iqbal Survé’s Independent group, is essentially the South African version of Russia Today or Fox News. But I think this is extremely unfair. Russia Today and Fox News both employ at least three actual journalists and the propaganda they produce is sophisticated, effective and often entertaining. This is not the case with Survé’s titles.

I have also heard it said that these titles are biased. Again, this is unfair, since what you call bias I call different journalistic priorities. A free press should never be monolithic and I value the variety of perspectives offered by Independent titles, such as their insistence, in 2017, that the Zuma faction (under whose watch Survé was loaned the money to run his media empire) was the better one to lead SA.

You didn’t read that here, did you? Of course you didn’t. And I’ll bet four billion borrowed rand that this publication also won’t keep you up to speed with Dr Survé's latest haircut or tell you that furinerz ’r takin’ yer jerbs, or that China is a benevolent partner to SA and all those people in re-education camps back home are just there for their health.

Personally, I suspect that the truth is somewhere in the middle.

So no, I’m not suggesting you discount the report entirely. Instead, we should remain open to the possibility that Ramaphosa was, in fact, party to discussions in which the junket was planned or that he signed off on it, or that his subsequent punishment of defence minister Nosiviwe Mapisa-Nqakula was some rather unfair Potemkin accountability.

Personally, I suspect the truth is somewhere in the middle. It is the job of a president to know everything and nothing, which means it is very possible Ramaphosa knew the trip might happen, but didn’t know it would; that he signed off on it and didn’t; that he was in control and slumped over the wildly spinning wheel; that the buck stops with him and that it stops nowhere, because there is no buck.

But here’s what we can believe, because it’s so glaringly clear, blazing out between the lines of every claim and denial seeping out of this nasty little fiasco: trying to destroy colleagues or trying to avoid being destroyed by them is an almost full-time job in the ANC.

Thankfully, none of them have to do any actual governance. The electorate absolved them of that burden by handing them landslide election wins in 2014, 2016 and 2019, announcing loud and clear that Nkandla, disintegrating infrastructure and state capture were obviously someone else’s fault and that the ANC should make a few tweaks, but mostly just keep keeping on.

But even that doesn’t answer the question I ask myself when I read the latest skulduggery: where do they find the time?

My god, I take a week to answer an e-mail. If I had to wage a smear campaign against some rival we’d both be dead of old age before I planted my first allegation in the captured press.

If I had to wage a smear campaign against some rival we’d both be dead of old age before I planted my first allegation in the captured press.

Honestly, it’s almost admirable how much they get done in the service of their own careers. Because it’s not as if they have nothing else to do. The diary of the average ANC leader (and lord, they’re average) is already packed by the time they wake up ...

"6am: wake up. If able to wake up, celebrate that spouse hasn’t strangled me with bowstring to clear the path for our firstborn.

"7am: breakfast. Omelette, which is both fortifying and edifying, because it always reminds me that a revolutionary can’t make an omelette without breaking a few eggs. Or laws. Read over morning’s news to make sure last week’s envelope of money has reached the right desk and that revolutionary editorial has been printed in full, with my spelling mistakes corrected, obvs.

"7.30am to 8.10am: walk from front door to official car. Damn these pointy shoes with their long toes. Malema makes it look so effortless.

"9am: daily briefing, making sure we’re all on the same page about the day’s most revolutionary alternative fact. Today: Dr Zweli Mkhize to explain how spending R250m on Cuban doctors, some of which had Covid-19 when they arrived, was a cost-cutting scheme. (Note: propose an official vote of gratitude to former and current ministers of education who have seen to it that nobody under 40 can do maths and therefore challenge Dr Mkhize’s revolutionary arithmetic. Viva maths literacy, viva!) ... ”

Yes, we may yet discover whether Ramaphosa knew. But none of us will ever figure out where they find the time.

EDITORIAL | To stop school violence, the state must start being proactive