The Trump-Biden spectacle wasn’t a debate. It was game over, ...

The Trump-Biden spectacle wasn’t a debate. It was game over, folks

Between a knackered, uninspiring Biden and fascist Trump, the debate really is done 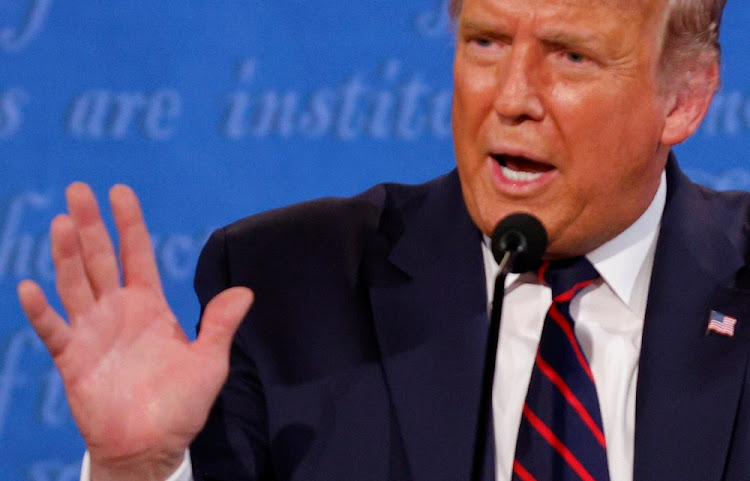 Oh, boy But on Tuesday night, when Trump told the Proud Boys to 'stand by' rather than to stand down, the US presidential election became very clear indeed.
Image: Reuters/Brian Snyder

The first US presidential debate was neither presidential nor a debate. In short, it was a perfect metaphor for the precipice on which the US – and the world – now balances.

Joe Biden is one of the least impressive candidates in decades. He is knackered. He rambles, sometimes with a halting, alarming quality that has convinced his opponents that he no longer has all his faculties. He is clearly prone to irritable outbursts. He may have been a champion of civil rights in his prime, but he is also irreparably part of the machinery that has made the US what it is today, having voted in favour of invading Iraq in 2002, and helping make it entirely legal for Donald Trump to engage in the sort of tax avoidance revealed by the New York Times this week.

“Presidential” is a highly contested and subjective adjective. Ronald Reagan was a warrior-statesman to his fans, an absurd B-grade actor to his critics. Depending on whom you ask, Barack Obama was either the epitome of dignified power or a glib salesman pumping out pretty, empty words. Biden, however, doesn’t seem to conjure either love or loathing. If Reagan and Obama were presidential, Biden seems, at best, senatorial.

And yet this mediocre, compromised, exhausted politician is the best and last hope for American democracy.

US president Donald Trump and former vice president Joe Biden got heated in their first chance to challenge each other face to face during the first presidential debate. Hardly a minute went by without one of the candidates interrupting the other, whether on the coronavirus, the Supreme Court or the economy.

But the main reason it wasn’t a debate is because, right now, there is no debate. The debate is over. It’s done.

When the president of the US, who has previously equivocated between neo-Nazis and anti-fascist protestors, is asked in front of an international audience to condemn white supremacists and militia groups, and promptly name-checks the Proud Boys, a far-right white supremacist group, telling them to “stand back and stand by” before adding, “But I’ll tell you what, somebody’s got to do something about Antifa and the left”, then the debate is over.

Trump apologists have perfected the art of false equivalence and whataboutery, endlessly saying, “Yes, but what about Antifa?” every time Trump, the Republicans and their choir of zombie evangelicals shove the country and its sphere of geopolitical influence further to the right.

But on Tuesday night, when Trump told the Proud Boys to “stand by” rather than to stand down, the US presidential election became very clear indeed.

It is a choice between an uninspiring, erratic politician who, at best, will keep a broken system creaking along for another four years, and a fascist monarchy.

The debate is over.