Who needs Chiefs when we have the ANC’s own goals for comic ...

Who needs Chiefs when we have the ANC’s own goals for comic relief?

Take the party’s Zim flight of fancy, a tragicomedy that would shock even the most banana of republics 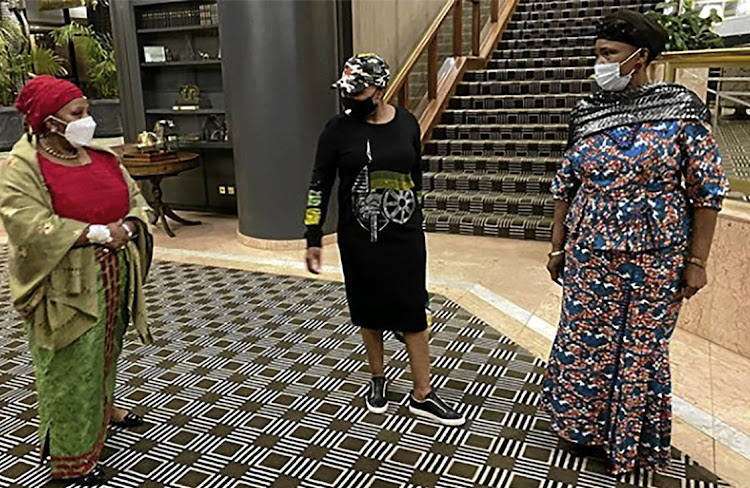 The rules that apply to you and I seemingly do not apply to senior ANC members.

Now that the local football season has ended I’ve had to find things other than Kaizer Chiefs to amuse me. Because this is SA, comic relief is always in abundant supply.

Last week it came in the form of the ANC taking a flight of fancy at taxpayers’ expense to grovel before the Crocodile next door. Okay, it’s not really funny, but when it comes to the ANC and blunders, just laugh it off and save yourself the pain.

The governing party decided to deploy a senior delegation to Zimbabwe to try to talk their Zanu-PF counterparts out of beating to a pulp anyone who opposes Emmerson Mnangagwa’s brutal administration. Good idea, but hang on – how were they going to get themselves to Harare with international travel banned under the Covid lockdown?

No problem. The minister of defence is their comrade, and according to an earlier explanation she was going next door anyway on a Southern African Development Community (SADC) mission, so they could hitch a ride on the Falcon 500 military aircraft she often uses for official travel.

What followed is tragicomedy that would shock even the most banana of republics.

Into the state jet the cadres hopped. Secretary-general Ace Magashule and national executive members Lindiwe Zulu, Enoch Godongwana, Nomvula Mokonyane and Dakota Legoete. But before grabbing their travel bags at least one of them should have checked the lockdown regulations, set by the very government they lead, on international travel during lockdown.

Under level 2 regulations, civilians such as Magashule, Mokonyane, Legoete and Godongwana – who do not hold top government posts – can only travel out of the country after obtaining permission from the minister of transport, plus special travel documents from the minister of home affairs.

But no, the rules that apply to you and I seemingly do not apply to senior ANC members. So off they went on their junket, only to be told by Zanu-PF that there was no crisis in Zimbabwe and they must go back home. Surprise, surprise.

Now there’s the small matter of returning to the country. Under those same lockdown rules, anyone entering SA from outside has to quarantine or self-isolate for between 10 and 14 days out of fear they might have been exposed to the coronavirus on their travels.

Not our guys. According to the Sunday Times, Zulu posted pictures of herself on Instagram socialising with Chiefs boss Bobby Motaung shortly after their delegation landed back from Harare. Mokonyane could also not bother herself with quarantine or self-isolation, telling the newspaper that she was “going into a store” when contacted for comment.

An embarrassed President Cyril Ramaphosa, who can probably by now pen a thesis on the number of times his comrades have let him down, wrote to defence minister Nosiviwe Mapisa-Nqakula, demanding an explanation within 48 hours. If the president doesn't put this minister to the sword, it will define his administration's tolerance of Cabinet members gone rogue.

This is what they call “own goals” in football, and with the ANC scoring them week in, week out, I won’t be missing Kaizer Chiefs that much.

The governing party seems to have seen the folly of its ways, albeit retrospectively. It released a statement on Tuesday afternoon, promising to reimburse the government for the costs incurred by their delegation to Zim.

“We travelled in an unusual manner and profusely humble ourselves where we went wrong during the lockdown and will reimburse the government for the costs incurred by our delegation. Our delegation is under quarantine in line with lockdown regulations.”

Don’t hold your breath. The government will not be getting a cent out of a party that is notorious for not paying service providers. Let’s write this one off, just as we do so many of ANC’s costly mishaps.

‘The ANC’s all heart. Ace will spade out diamonds ...

If only the ANC could spin its ball properly, ...

‘Quiet diplomacy’, as spineless as ever, slithers ...

‘The ANC’s all heart. Ace will spade out diamonds for using air force jet’