A WORD IN THE HAND: SHMEAT 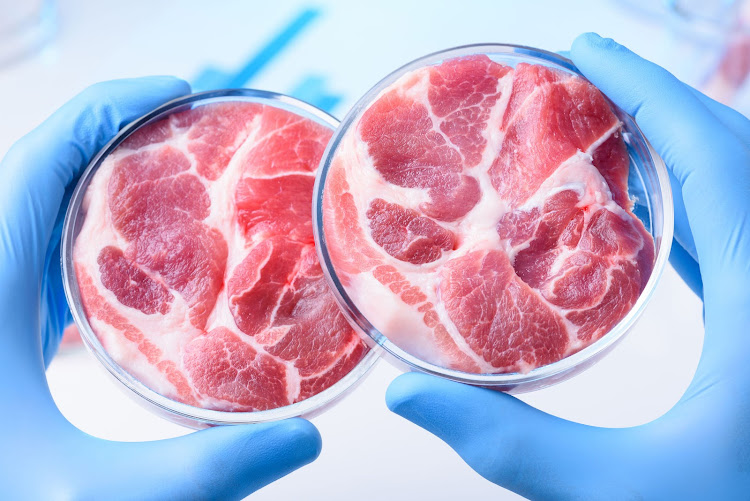 Chews a side Why does the idea of eating artificial flesh make some of us more squeamish than the thought of gobbling up another sentient being?
Image: 123RF/nevodka

A vegetarian friend of mine once turned around on a highway and drove several kilometres to return the burger she’d bought at a well-known garage franchise because it did not (she thought) contain the vegetarian patty she’d ordered.

When she got there the staff showed her the packaging of the non-meat burgers and made her another, which tasted just like the first. It tasted,  in other words, just like meat.

Contrite, my friend paid for the new burger as well as the old and now cold one.

In a recent case, a restaurant is being sued because the vegan diner realised only when looking at her receipt that she’d been served a burger made of real, actual meat and not whatever goes into the fake burger made of not-meat. Unlike my friend, this diner had fully expected the not-meat to taste like meat so didn’t think twice about the blood running down her chin until she saw “beef” on the till slip.

Both these incidents show that the new non-meat meat tastes almost exactly like meat – which incidentally is not necessarily what all vegans and vegetarians want.

I can’t mention the name of the not-meat brand invoked in both examples above because it would sound like advertising, but it does seem to be the closest anyone has come to inventing a name that goes beyond those other terrible words for things that pretend to be beef but aren’t.

Names have always been contentious in the field of food. The word “vegetarian” became popular in 1847 when the first Vegetarian Society was founded in Manchester, UK,  according to Wikipedia. “Carnivore”, used by the French in the 16th century (they pronounce the last syllable like the roar of a lion), was adopted by the English in 1839.

If vegetarians eat vegetables and carnivores eat meat, then what do we call those who eschew dead animals but eat lab-grown meat (most of which requires animal tissue in order to get the process started)?

He planned to have a public tasting but was suspended by the university before this could happen, so now we will never know if his shmeat was as good as his shtick.

And why does the idea of eating artificial flesh make some of us more squeamish than the thought of gobbling up another sentient being?

Even more vexing is the question of what we call the man-made version of meat.

Before we went beyond meat, the meat-like substance grown in petri dishes was referred to by scientists as “cultured meat”, which sounds like meat that can play Bach’s cello suites with one hand; “synthetic meat” (plays Bach on a synthesiser); “cell-cultured meat” (learnt to play the cello in prison); or “in vitro meat” (here I give up).

None of these names is fit for human consumption, if you ask me.

There was brief enthusiasm for the term “shmeat”, a combination of sheet and meat, because, I think, the stuff could be bought in rolled sheets, like pastry, and cut into steak or sausage shapes according to demand.

“Shmeat” was coined by Dr Vladimir Mironov, a biologist at the Medical University of South Carolina involved in the production of shmeat.

He planned to have a public tasting but was suspended by the university before this could happen, so now we will never know if his shmeat was as good as his shtick.

Those in the business of making meat substitutes are notoriously bad at coming up with appetising names for their products. “Quorn”, named after a village in Leicestershire, UK, is a disgusting invention made from mycoprotein, which comes from a fungus.

It is grown by means of fermentation and mixed with egg albumen to bind it, after which it is dried and pressed into moulds to create items supposed to appeal to meat eaters who don’t want to eat meat.

For some reason, quorn has not been a smash hit. Perhaps because it tastes like that colloquial word sometimes tacked on to the name of a male animal made of beef.

We’d be hard-pressed to find a substitute for beef in language. Many headlines have been written about the beef Noma Gigaba has with the authorities who arrested her, those who caused her to be arrested, and those spreading rumours about the reasons for her being arrested.

“Beef” in this sense comes from the late 1800s, when US soldiers would complain about the quantity or quality of beef rations, although there is a competing theory that claims it comes from 18th-century slang, when the expression “cry hot beef” meant to make a big fuss about small matters, such as when a thief stole your wallet.

I’ve written about this kind of beef – or these kinds of beeves – before, but beef has many sides. “Beef up” comes from student slang in the 1850s, when it meant to strengthen or to add muscle power.

Fake meat could do with some beefing up. And lots of people have a beef with it. In 2008, those eternal beevers called People for the Ethical Treatment of Animals announced a $1m prize for the creation of affordable, humane and commercially viable test-tube meat, later qualified as “in vitro chicken”.

As far as I can discover, no one has yet met the criteria. Once they do, there really should be a second competition with a huge prize (meatless meat for life?) offered to the person who can come up with a name that makes one actually want to buy the stuff.

The miller wasn’t jolly with LSD, but Milton got ...

Manspreading is as old as feline disdain for ...

After UAE, Bahrain deals, is Saudi Arabia softening its stance on Israel?

Fairness is the best, and safest, bet in the quest for a vaccine