A WORD IN THE HAND: COUNTER 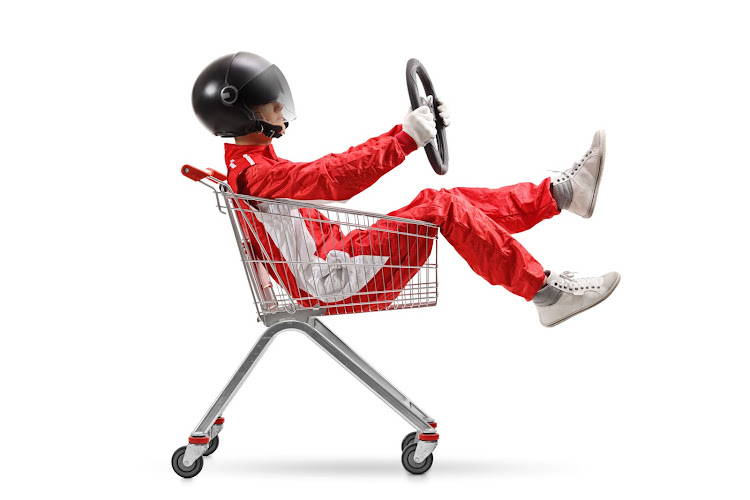 “Prefix” is not the plural for a bunch of school pupils wearing fancy blazers who tell you not to chew gum in the corridors. A prefix is a number, a letter or a word which, when placed in front of another word, forms a different word entirely.

“Pre” is often a prefix, as in predestination, prestidigitation, preorder, precondition or prelude. A prefix should logically mean the not-very-effective drug you take before you get a fix of the motherlode, but it isn’t.

Another word for (some) prefixes is morpheme, which is not the stuff junkies take to get a fix but a unit of language which performs a specific function when joined to other units of language.

“Counter” is both a prefix and a morpheme, although of course it also has its own identity. A counter is the usually long and usually flat surface next to a shop’s till, where you place your purchases one by one so that the teller can ring them up and present you with a bill.

There are innumerable other words that start with counter, however. In its prefix/morpheme outfit, counter means to stand against, to deny or to mean the opposite of.

I wonder, though, if we let prefixes and morphemes hold on to their own identities while still being attached to other words, what would happen?

Just because it’s Friday, and one is allowed to be silly on Fridays, here’s what would happen to words beginning with “counter” if counter remained firmly in the supermarket while attaching itself to other words.

Counteract: When you forget your purse in the car and you have to pretend to be on a really urgent secret mission for the government which drove all such mundane things out of your head, otherwise people might think you’re senile.

When you go to the shops (hopefully not driving) after imbibing one too many alcoholic beverages and decide to show the other shoppers your version of the dying swan dance on top of the checkout counter.

Counterargument: The literal form of this usually suburban spat is when you argue with the check-out person because you think you’ve been overcharged for items that were advertised as “buy two, get one free”. But more often these days the counterargument happens between an upstanding citizen and a person who (a) does not respect the markers on the floor and stands with mask not quite covering nose within communicable-disease range, or (b) between the person who turns around and makes some disparaging comment about the teller (which the teller can clearly hear), and you have to point out that you are offended not only on behalf of the teller at the hurtfulness of what this person has said but on your own behalf, because how dare they assume you think the same way they do just because in some ways you resemble the tribe they belong to.

Note: No one likes having a counterargument but it is incumbent on you to object in these circumstances, however uncomfortable it may feel.

Counterbalance: When you go to the shops (hopefully not driving) after imbibing one too many alcoholic beverages and decide to show the other shoppers your version of the dying swan dance on top of the checkout counter. If you have done this, you should probably pick a new store to shop at in future.

Counterattack: When you’ve been waiting in a dignified and disciplined socially distanced queue for ages, and then someone cuts in saying they urgently need to pay for the bunch of roses they just grabbed at the door before heading round to the wrong side of the counters. How ugly things get is up to you.

Counterculture: 1. When the person in front of you in the queue opened their tub of yoghurt before paying for it and spilt it all over the counter. 2. When the teller tries to engage you in a discussion about Bach’s cello suites and whether they might not be a more pleasant alternative to Vivaldi’s Four Seasons as the Muzak soundtrack in almost every store all over the world.

Counterintelligence: When you tell the teller that you’re buying seven five-litre boxes of wine to share with your friends, and she smiles knowingly.

Counterpane: When you look at your slip and see a spelling mistake, or an apostrophe in pizza’s.

Counterparty: What happens when all customers have left the shop.

Counterplay: When the bored shop assistant, in the absence of other customers, whips a pack of cards from beneath the till before giving you your change and begs you to stay for a game of Texas Hold’em.

Counterproductive: The fastest teller on the block.

Counterrevolutionary: When you eat the small custard cakes set out in baskets on the counter in front of the teller, even though you know you’re supposed to pay for them, because surely there should be free cake for all the people?

Countersign: 1. When you haven’t used your bank card for months during lockdown, and after tapping you are prompted to enter a pin, because the amount you’ve spent on seven boxes of five-litre wine exceeds your tapping limit, and you panic because you can’t remember your pin code (your birthday? Your cat’s birthday?) and you have to produce your ID book and sign a statement that might land you in jail for counterterrorism should your payment not clear. 2. A sign on the counter that says “10 items only” that everyone ignores.

Counterweight: How heavily the time weighs on you while waiting in a long queue to pay for your purchases, particularly if those in front of you are counterattacking, counteracting, counterbalancing, counterarguing or counterplaying.

The miller wasn’t jolly with LSD, but Milton got ...

Manspreading is as old as feline disdain for ...