‘Quiet diplomacy’, as spineless as ever, slithers back into ...

‘Quiet diplomacy’, as spineless as ever, slithers back into non-action 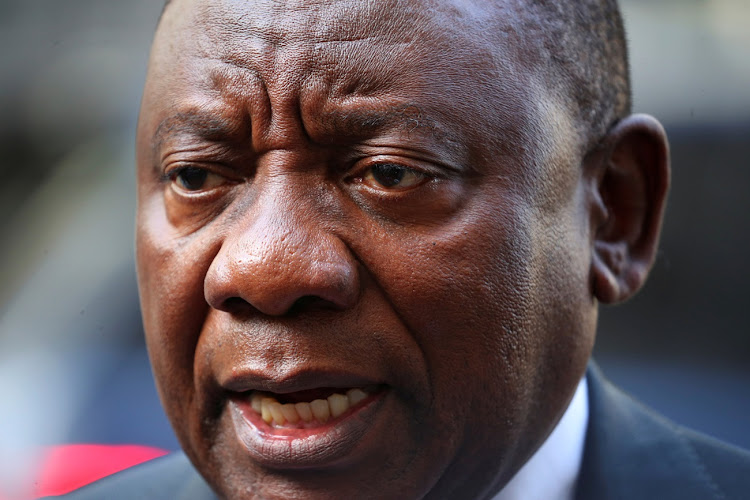 As Ace Magashule leads a South African delegation to Zimbabwe, the key question is: what has poor Zimbabwe ever done to us?

Officially, the South African team is going to Zimbabwe to explore whether our government can do something to address the issue of whether it should start exploring the idea of developing an interim strategy for facilitating a process whereby the South African government might contemplate a scenario in which it might moot the concept of maybe, just maybe, asking Zimbabwean President Emmerson Mnangagwa whether he takes one sugar in his tea or two.

Yes, Cyril Ramaphosa has finally stepped out of the shadow of previous presidents by taking Thabo Mbeki’s loathsome policy of appeasement – dubbed “quiet diplomacy” at the time – and turning the volume down to minus-11. If Mbeki’s craven kowtowing to Robert Mugabe was “quiet”, then Ramaphosa’s response to human rights abuses in Zimbabwe is as shrill as an abandoned satellite, its battery exhausted millennia earlier, frozen rock solid, drifting in the utter silence of dead, deep space.

They have zilcho idea of how to communicate with us, so here are some handy tips to help them along
Ideas
1 year ago

When your most prominent backer is Carl Niehaus and 46 qualifies Mzwandile Masina as ‘young’, the bar is very low
Ideas
1 year ago

Ordinarily, I’d accuse the ANC of wasting our tax rands by sending ten cadres on an all-expenses paid holiday. But given Ramaphosa’s policy of dead satellite diplomacy, I suspect Magashule and his posse are going to have to work very, very hard: from dawn (when they gather to spitball today’s 15 reasons why they can’t talk to any Zimbabwean human rights groups) to dusk (when they spend a state banquet trying not to enrage Mnangagwa by making eye contact with him), their days are going to be endless, exhausting obstacle courses of denial, double-speak, obfuscation, toadying and deliberate obliviousness.

Also, travel in a foreign country can be very difficult when you don’t have a spine. It is one thing to have your valet drape you elegantly over a sofa, but things get very tricky indeed when you are summoned to Mnangagwa’s throne room and told to crawl like an inchworm towards his footstool (which has been an actual footstool ever since Mbeki resigned from the job back when Mugabe was in charge).

No, they’re going to work for their Johnnie Blue and vast stipends, even if Mnangagwa and Magashule discover that they are soulmates and spend a happy afternoon together touring the journalists’ wing of the Robert Mugabe Memorial Prison.

Mostly, however, they’ll be working for Ramaphosa, who seems to be dabbling in some quite elegant hedging.

After all, if Magashule manages to extract a concession or two from Mnangagwa, Ramaphosa wins. If he fails and looks impotent, Ramaphosa also wins. And if nothing changes whatsoever, well, the president has achieved exactly as much as Mbeki, Kgalema Motlanthe and Jacob Zuma.

For now, though, I hope you’ll join me in sending thoughts and prayers to our delegation, slithering, painfully and infinitely slowly, up that red carpet.

Clicks hair fiasco exposed a void, and the EFF ...

How not to give a flying fact: a guide for Eskom ...

SA’s fight for freedom was hard won, but some ‘don’t feel free at all’