SA may not be booming like Rwanda, but at least we haven’t got a ...

SA may not be booming like Rwanda, but at least we haven’t got a dictator

Rwanda poses an interesting dilemma: there’s much to admire and much to condemn. Will SA do the right thing? 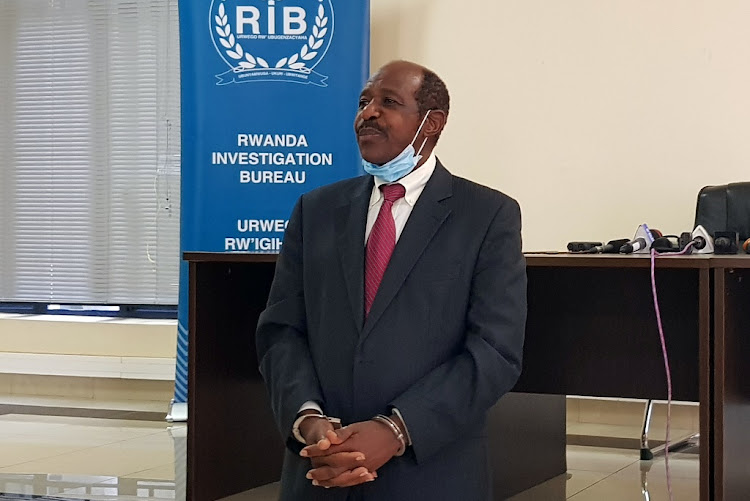 HOSTILITY RWANDA Paul Rusesabagina is detained and paraded in front of media in handcuffs at the headquarters of Rwanda Investigation Bureau in Kigali.
Image: Reuters/Clement Uwiringiyimana

A handy guide to the mythologising of hero worship is offered in the 1962 Western movie starring John Wayne, The Man Who Shot Liberty Valance.

The last line features a minor character who says: “When the legend becomes fact, print the legend.”

Many years later in 2004, I was in Brussels for a political jamboree when one night I went to the movies to escape the pouring rain cascading down in the Belgian capital. My thought was to find shelter and pass an agreeable few hours in the warm comfort of the city’s multiplex.

Unsurprisingly, voters are looking for something exactly unlike the ANC. But we should be careful what we wish for
Ideas
7 months ago

Instead I was transfixed, moved and disturbed by the movie on offer, Hotel Rwanda.

The emotional part of the film was established by the heroic actions of hotelier Paul Rusesabagina, portrayed with nuance and empathy by Don Cheadle. He was the manager of the iconic Hôtel des Mille Collines in Kigali. His actions, according to the film narrative, saved the lives of more than a thousand refugees. They were sheltered by Rusesabagina and his wife, who were Hutu and Tutsi respectively, from the horrific Hutu-led ethnic genocide that claimed an extraordinary 800,000 lives in just 100 days commencing in April 1994.

For me, who had been a parliamentarian in SA at the time, it was shameful that this modern-day horror show less than four hours flying time from Johannesburg had barely attracted any attention let alone censure from the parliament of which I was a member. It was, of course, true that our country and its legislature were deeply involved in our own history-making at the time as SA embraced multiparty democracy and shed the incubus of apartheid. We were the heroes of the world, and the dark occurrences near our own doorstep did not deflect us from our moment in the international spotlight.

However, on my return to SA from Belgium in April 2004, I was determined that in the political corner where I had some clout, I would ensure my own party colleagues were “conscientised” on what had happened so close to us a decade before and yet so far from the minds and thoughts of our country’s lawmakers. So I arranged a special screening of the movie for my parliamentary caucus, both because of the lessons from that ethnic genocide were very significant, but more especially because it was a reminder that one man can stand up to make a difference.

I was hardly alone in wondering why the world stood by and did nothing to help avert that slaughter in East Africa.

I was hardly alone in wondering why the world stood by and did nothing to help avert that slaughter in East Africa. One of the other features of the movie Hotel Rwanda was the hopeless impotence of the UN peacekeeping forces, which were unable to take effective action having been forbidden to intervene. One of the key culprits in this sub-drama was then US president Bill Clinton, who declined to act. Little wonder that when George W Bush succeeded Clinton as president, noting his predecessor’s passivity on Rwanda, he pencilled on a memo: “Not on my watch.” He later conferred the presidential medal of freedom on Rusesabagina.

Rusesabagina was not garlanded with honours or medals when he returned to Rwanda this week. It was in handcuffs and chains after his arrest at an unnamed overseas country at the behest of Rwanda strongman Paul Kagame. Rusesabagina is one of Kagame’s foremost critics, accusing the Rwandan president of being a dictator, and has urged the international community to confront Rwandan human rights abuses and extrajudicial killings at home and abroad. Incidentally, it is worth recalling that one of Kagame’s previous foremost opponents, Colonel Patrick Karegeya, ended up being murdered in a Sandton hotel in 2014.

The Rwandan government claims Rusesabagina is a “manufactured hero” and is at the centre of “a violent, armed, extremist terrorist outfit”. Given the depredations of the rule of law in Rwanda, he should not expect due process or a fair trial.

Rwanda poses an interesting, perhaps intractable, dilemma. On the one hand it is a human rights delinquent and on the other hugely successful economically. Its market-led economic recovery has made Kagame and his regime an inspiration for Western-led economists and think-tanks. He applies the reform packages, for example, that Tito Mboweni can only tweet about. Still, amid the economy misery here, we can rejoice in the fact that Mboweni’s government neither kills nor silences its opponents.

Pual Kagame applies the reform packages that Tito Mboweni can only tweet about.

Do not, though, expect any action from our government on this latest page in Rwanda’s purge of its opposition. As I highlighted in a previous column, our human rights credentials are reserved only for Palestinians far away, not Africans closer to us.

But this hardly exempts other nongovernmental sources here from lifting their gaze from their admiration of the Rwandan “economic miracle” and examining the high cost for its purchase.

For example, the Jonathan Oppenheimer funded Brenthurst Foundation in Johannesburg. Its advisory board is populated with Rwandan officials and its amiable director, Greg Mills, has close access to Kagame himself.

A US diplomatic cable, dated October 2007 and released on WikiLeaks, reads in part: “Rwanda is one of Brenthurst’s most active programmes. Mills plans to spend four months in Kigali in early 2008 working directly with President Kagame on economic policy. He is in regular and direct contact with Kagame and is already helping Kagame draft speeches, including Kagame’s recent speech to the Conservative Party conference in the UK.”

It was indeed this access and the observations of Rwanda that feature in many of Mills’s books and papers on the economic recovery witnessed in that nation.

But when the undertow of such success is the deprivation of fundamental rights, and worse, it is important to use access and advance other fundamental principles. Such as the right to a fair trial and the imperatives of free political competition and speech.

I’m sure Greg Mills and the Brenthurst Foundation will lift their hands, use their access and raise their voices. Maybe even our government will, for once, do so as well.

This virus has robbed gasbag Juju of oxygen - but ...

Manspreading is as old as feline disdain for attractive silicone