If only the ANC could spin its ball properly, we’d all be nett ...

What are these overpaid spin doctors good for when ministers are putting out PR fires via Twitter? 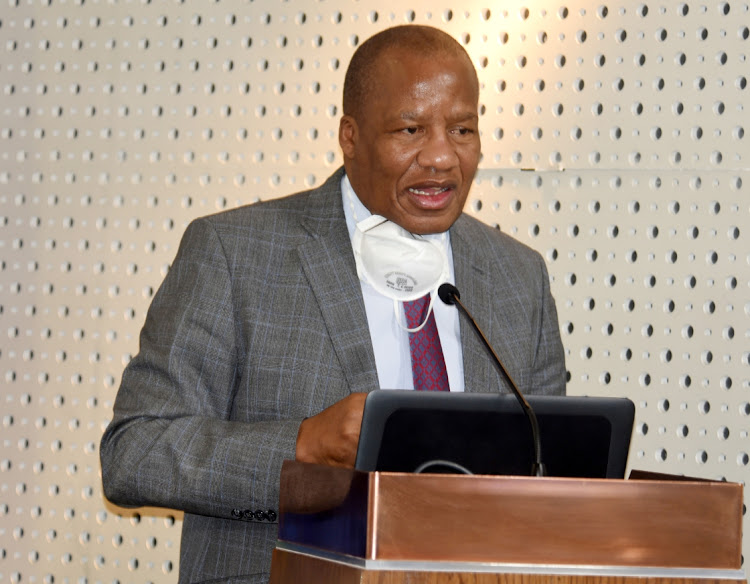 SAVING FACE MASK Where are government spokespeople when Jackson Mthembu is putting out fires from his personal Twitter account?
Image: Freddy Mavunda

When I was told I’d be expected to dish out a weekly column, my first thoughts were: “What am I going to write about?” Apparently, I’m opinionated on social media; but if you scroll through my timelines, I post and tweet more about football than current affairs, and that’s deliberate. It is gives me joy to watch Kaizer Chiefs bottling a league title they should have wrapped up before the lockdown, Barcelona desperately trying to hang on to a fed-up Lionel Messi, Chelsea kicking around trophyless, or Man United attempting the 100th rebuild with another manager who is not Sir Alex.

You see, the nature of my work demands that DA, EFF and ANC people can equally entrust think-pieces to me for publication without having to worry about my political inclinations.

But this won’t be a football column; there are colleagues that are more knowledgeable on the subject. That doesn’t mean we can’t laugh at Chiefs once in a while.

Mark Twain once said a lie will fly around the world while the truth is getting its boots on.

So let’s focus the debut column on government communications, or lack thereof.

Last Tuesday around midday, a friend calls to ask if I’ve heard about an imminent ban on alcohol sales. He’s out at his local shopping centre and there’s an inexplicably long queue at the liquor outlet. Upon inquiry, he’s been told by two people that they are out to restock because they’ve been told that liquor sales are about to be banned and President Cyril Rampahosa is making the announcement that same night. I dismiss it immediately.

The friend calls me again an hour later to tell me he’s been to two more shopping complexes and the booze queues are growing. Then a voice message to this effect starts doing the rounds on WhatsApp.

I call acting presidential spokesperson Tyrone Seale. Is the president speaking tonight? He responds in the negative. Tyrone is not the type of communicator who would lie about something this serious, but there’s no formal communiqué. The rumour mill goes into overdrive, panic buying takes hold countrywide. Where are government spokespeople, where’s GCIS?

The first rebuttal of the fake news comes from minister in the presidency Jackson Mthembu hours later, tweeting from his personal account nogal.

Mark Twain once said a lie will fly around the world while the truth is getting its boots on.

In this case, the truth would have caught up with the lie before it reached the airport, had the state propaganda machinery been what it should be.

Mind you, spreading fake news during the state of disaster is a criminal offence. But who will remind the nation when those who own the messaging are half asleep at the wheel?

Some will say I’m being unfair on GCIS or government communicators overall. Others might argue GCIS falls under Mthembu anyway and thus his tweet calling out fake news should suffice. That is preposterous. What is the point of a costly government communications machinery if fake news about a nonexistent government decision can reach panic-buying levels before it is called out? What are these overpaid spin doctors good for when ministers are putting out PR fires via Twitter?

If the president, who was chairing the National Coronavirus Command Council that day, was not addressing the nation that same night, why didn’t the cabinet spokesperson say so when the rumour first surfaced?

Fake news can be damaging if allowed to spread wide enough. But don’t tell that to Chiefs fans, who still think their side is lifting the trophy on Sunday.

Kgosana is Sunday Times executive editor: opinions and analysis. He also writes on the political economy when he’s not watching football.

Cyril is too busy consulting to address the ...

Analysis: DA outplays ANC and EFF in one genius ...

Obama tells us that, yes, we still can