The ANC is in ruins, but opposition parties better buck up their ... 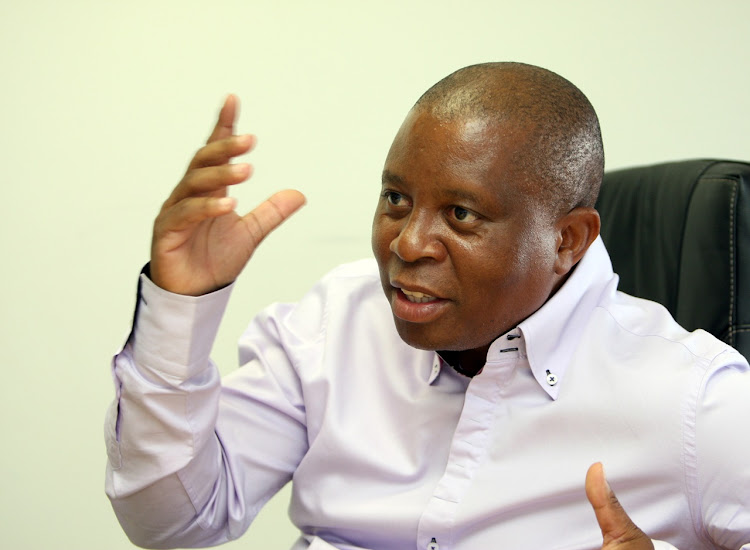 Pull the other one Increasingly, it is clear that the likes of Herman Mashaba need to create a story for their campaigns.
Image: Sowetan/Sunday World/Antonio Muchave

The ANC’s self-immolation continues apace. Every week and every month there will be new developments that illustrate that it is over for this once-glorious liberation organisation. The party’s attempts at an internal putsch and other shenanigans this past weekend were amusing – and pretty much a continuation of the trend the ANC has been on for years.

To witness a man like Jacob Zuma – who ducks from one court case to another, who has so many corruption files with his name on them it is extraordinary how he keeps track – writing long letters to his successor about how bad it is to condemn corruption is quite entertaining in a tragic kind of way. To witness the likes of ANC secretary-general Ace Magashule and others – the same poodles whose children and lackeys collected cash from the Gupta compound – lining up to tell their leader, President Cyril Ramaphosa, that he should not tell them to be less corrupt is hilarious.

Ramaphosa’s appeasement of his corrupt comrades in the name of “unity of our glorious movement” will continue to bite him. He ran with the hares and hunted with the hounds while he was Zuma’s deputy between 2012 and 2017. He has tried to do it now when he is the man in charge. It does not work. The chickens are coming home to roost.

Many may think he still has a chance to fix or save the ANC. I wish him luck in his endeavour. The clear evidence, however, is that he is unable and unwilling to make the tough choices that need to be made to turn the ship around. That means that we will continue to see the ANC eat Ramaphosa up and, when it’s done with him, chew itself up too.

That means that those of us who write about politics now need to focus elsewhere. The ANC is still the party in power. It was at the heart of the struggle against colonialism and apartheid of the past 110 years. It remains relevant to all of us because it wields enormous power and will do so for a while to come. But it has run out of ideas and out of rope.

Whatever it does now, we must report on the ANC merely as a recording of fact. Perhaps our writings will one day be scrutinised by visitors from other planets struggling to understand what happened with our country. Those of us who write and report now are essentially detailing the endgame, the final nail in the coffin of what is the ANC. It is no longer a question of whether it will happen or not. It is now about how soon – before Ramaphosa’s ANC term ends in 2022, or in 2024?

Voters need to be energised. They need to believe again. They need messages that talk to how their lives ...  can be transformed without the need to have political connections.

While it destroys itself and, sadly, our economy, we need to lift our heads up to an alternative future, to the opposition parties and how they are positioning themselves. In times of societal distress, such as the one we are living through, political parties and leaders tend to clutch at straws. To gain support, they fan the flames of fear, rather than hope. They tell us what’s wrong, and not what can be better.

Businessman and political player Herman Mashaba launched his new political party on Saturday. Much of the reportage was about his views on illegal immigrants, crime and the death penalty. Some are pipe dreams while others are politically possible.

Increasingly, however, it is clear to me that the likes of Mashaba need to create a story for their campaigns. They need to remind South Africans how great they have been in the past and how great they can still be. Our people have lost hope. They see their future as bleak. Ask many unemployed young people about their job prospects. They will tell you that they believe they need to pay a bribe to someone in government to get in. They have lost hope in the system.

Increasingly, in the streets of our country, in villages and townships, the establishment is seen as intrinsically and irretrievably corrupt. Our people see a person in a flashy car or a nice house and the first thought that springs to mind is that they have been corrupt in some way or other. Who can blame them when Covid-19 corruption has been so comprehensively exposed?

These voters are not lost. They are just despondent. They need to be energised. They need to believe again. They need messages that talk to how their lives – as outsiders, as ordinary citizens – can be transformed without the need to have political connections.

The ANC is doing amazingly well at spreading the negative messages. New and old opposition leaders don’t need to regurgitate the ANC’s actions.

In point of faction: the ANC is split down the ...