WORDS IN THE HAND: RABBIT HOLE

You don’t need LSD to chase pookas, hybrid bananas and bunnies Down Under 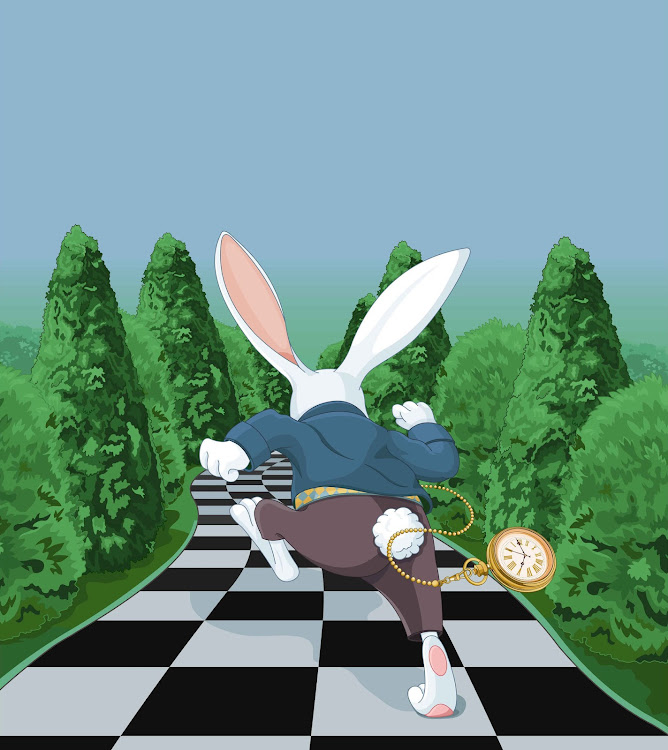 A reader mentioned that this column sometimes “goes down rabbit holes”. I take this as a compliment, and I’m pretty sure he meant it as one. “Going down the rabbit hole” is what happens when:

(a) You meet a white rabbit with a gold watch tucked into its pocket and follow it until you fall into a hole in which you have bizarre adventures;

(b) You open a page on the internet with the intention of looking for the side-effects of a painkiller, but are distracted by an advertisement for how to get a flat stomach, and before you know it you have introduced yourself to a breeder of hybrid bananas in Guatemala.

Going down the rabbit hole is not the sole preserve of web-surfers and LSD-takers, however. If you are addicted to words, you are never satisfied with just a handful. One word leads to another and before you know it you are chained to a never-ending sentence. 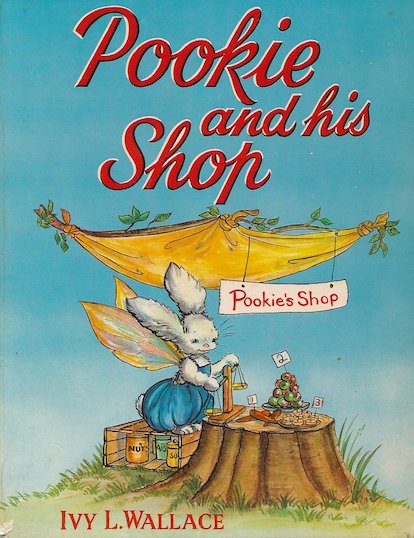 Speaking of never-ending, I was amused to see in my local DVD store a box set (fellow pedant Dot Wordsworth once pointed out in her Spectator column that this really should be called a “boxed set”, but since that is a difficult word combination to pronounce, box set will do) entitled Forever: The Complete Series. Is eternity finite, then?

But back to rabbits, which breed like words. I am not the only one with a propensity to disappear down rabbit holes. Stephen Fry and Co, the team responsible for the addictive TV show QI (which stands for Quite Interesting) have also published several books. One of these is The Book of Animal Ignorance.

Under the entry “rabbit”, it tells the tragic tale of how, in 1859, an Englishman who had settled in Australia imported two dozen bunnies to make the place feel more like home. “A few rabbits could do little harm,” wrote Thomas Austin confidently at the time.

Ninety years later, there were more than a billion. They ate so much that an estimated 12% of endemic Australian mammals died out for lack of food, as did a lot of plant species.

Ever since then, bunnies Down Under have been introduced to deadly diseases in attempts to eradicate them, and no more are allowed in. We are not going to make any reference to Australia’s foreign policy here.

See how this works? Start with rabbit holes and before you know it you almost say something offensive.

If you want to convey the immense length of something, why not say ‘longer than a full-grown anaconda playing with a yo-yo’?

Moving on to fictional rabbits, the list of twitchy-nosed heroes in film and literature is longer than my arm. (That, incidentally, is an expression that should be interrogated. If you want to convey the immense length of something, why not say “longer than a full-grown anaconda playing with a yo-yo”?)

One of my favourite leporine film stars is Harvey, the 1.8m-plus white rabbit that could be seen only by his human companion Elwood P Dowd, played by Jimmy Stewart in the 1950 movie Harvey.

Elwood referred to his imaginary friend as a “pooka” and here we must dive into another burrow, because a púca, which has many spelling variations, in Irish folk tradition was a ghost or spirit, of good or bad intent, which generally took the shape of a horse, a goat or a rabbit.

Which brings me to one of my favourite children’s books, Pookie and his Shop, about a white rabbit who was much shorter than Harvey but had wings to make up for it, wore puffy blue dungarees and could operate a cash register.

Pookie was the brainkid of Ivy Wallace, who died in 2006 at the age of 90. Her collection of Pookie books (I had just the one about commerce in Bluebell Wood) were immensely popular despite the first publisher she approached telling her: “There is a limit to what a publishing house can do with a rabbit, and we already have three.”

How wrong they were. The rabbit hole, unlike the TV series Forever, is endless.

Brigands are in no condition to be suckered by ...

Making peace with a piece is not as piquing as ...

It makes horse sense to track the origin of a ...

The friends of fictional Soviets are far more ...