The flower that colour-coded piglets and bloomed on a dead ...

A WORD IN THE HAND: PINK 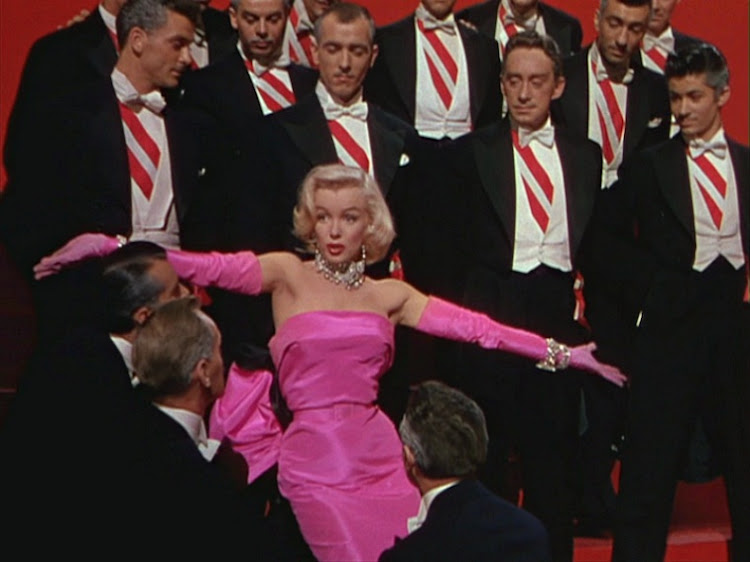 There is, to my knowledge, no word for the macabre desire to possess objects once owned by a star who died young. I was going to say “died tragically”, but that is a terrible expression if you consider that every death must surely be a tragedy to someone.

(Funny how you never hear the phrase “died comically”, not even when the corpse is that of a clown who drowned in a vat of custard after slipping on a banana peel.)

Schadenfreude, that fine German portmanteau word meaning to take joy in the misfortune of others, doesn’t quite cover the need to buy Marilyn Monroe’s used lipstick.

Yet this is exactly what some collector of things touched by famous dead people did, at the auction a few years ago of the preserved belongings of the former Norma Jeane Mortenson.

The lipstick was said to have been discovered by an auctioneer in a secret pocket of one of Marilyn’s many evening bags. My innate scepticism flares up here, but perhaps they did DNA tests to prove that the lip-prints on the rim of the golden tube were made by Marilyn’s actual pout.

The shade, released by Revlon in 1947, was “Bachelor’s Carnation” and the item fetched the equivalent of R300,000 when it went under the hammer in Los Angeles.

I’m not sure what a confirmed bachelor would be doing with a carnation, a flower traditionally pinned to the chest of a man about to be married, but cosmetic names do not have to make sense. Perhaps he was the best man.

In the dissolute 1960s, ‘pinks’ acquired a less salubrious meaning as slang for recreational pills containing the opiate dipipanone hydrochloridex.

The carnation is a member of the dianthus family of flowers, which in the 16th century were commonly called “pinks”, which is where we obtained the colour code word for piglets, candyfloss, marshmallows and Barbie’s convertible.

Pink was the colour recommended by parenting experts for the clothing of little boys in the UK and the US a century and a half ago. Calming shades of blue were thought better suited to little girls. The politics of colour are as mutable as the meanings of words.

In the dissolute 1960s, “pinks” acquired a less salubrious meaning as slang for recreational pills containing the opiate dipipanone hydrochloride, but let’s stick with flowers.

The Online Etymology Dictionary tells us that “incarnation” was a 14th century word for what we now call pink (the colour, not the flower), possibly derived from the Middle French carnation, which referred to a person’s complexion.

In the 16th century the adjective “incarnadine” was used for what we now know as pink, but just to confuse matters Shakespeare turned it into a verb and changed its hue when he had Macbeth say his blood would “the multitudinous seas incarnadine”, in other words, stain the ocean red.

Moving on to other famous people, Marilyn Monroe was fond of the colour pink, if the carnation-coloured lipstick is anything to go by (and if it really was hers). She also liked diamonds, which according to popular sayings are to girls as dogs are to men.

The only item containing real diamonds on the Marilyn auction list was a dainty, Swiss-made wristwatch, which sold for about R1.5m.

History does not relate who bought the lipstick because auction buyers remain anonymous. No doubt they’d rather be left alone with it in front of their bathroom mirror but I’m sure they were in the pink about placing the winning bid.

This phrase, meaning “the pinnacle of excellence”, also dates back to the 16th century and, according to The Phrase Finder, probably had its origins in the first Queen Elizabeth’s liking for the flowers then called pinks and now called dianthuses. (Perhaps some horticulturalist can tell me why the plural is not dianthi.)

“In the pink” is much older than the expression “tickled pink”, which raised its rosy cheeks only in about 1910. Tickled pink sounds like it should have something to do with the blood rushing to the face of a wriggling person trying to escape the tickling fingers of another person, but “tickled” also means simply to be happy.

Marilyn’s pink lipstick might not have made her happy but let’s hope it has tickled whoever bought it.

Brigands are in no condition to be suckered by ...

Making peace with a piece is not as piquing as ...

It makes horse sense to track the origin of a ...

The friends of fictional Soviets are far more ...