Courting disaster: another day, another fight for fearless Zim ...

Courting disaster: another day, another fight for fearless Zim lawyer

Latest ruling is hardly the worst Beatrice Mtetwa has endured, yet it’s breathtaking for its vindictiveness 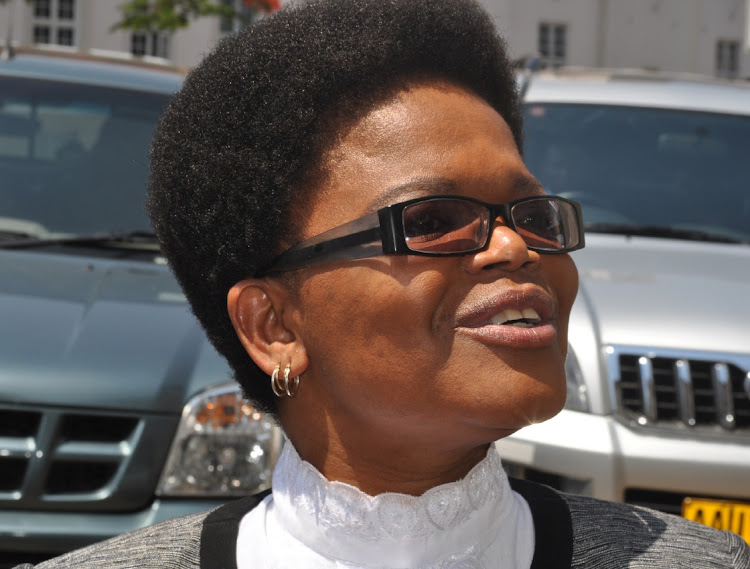 Consummate professional The brave and fearless Beatrice Mtetwa has long been providing legal defence to those targeted by the Zimbabwean government.
Image: Supplied

If, in these quasi-apocalyptic times, there were to be a type of Noah’s ark rerun, but instead of saving pairs of animals to repopulate a post-flood Earth only the most exceptional representative of every profession and skill set were to be saved for a post-pandemic world, there would probably be little disagreement that the place reserved for the human rights lawyer would have to be filled by Zimbabwean Beatrice Mtetwa.

Not only is she supremely skilled. She’s brave and fearless and indefatigable. She has to be: she’s been providing legal defence to those targeted by the Zimbabwean government, first under Robert Mugabe, now Emmerson Mnangagwa, for well over 20 years. Those clients haven’t only been human rights activists or opposition politicians. In 2016 she represented Zimbabwe’s war veterans, who had been alienated and, in consequence, targeted by Mugabe in his frantically desperate last clutches at power.

That she was their defence lawyer of choice showed the consummate professional she is, but was also a rich irony: the war veterans’ thuggery had been frequently deployed against her clients, and indeed Mtetwa herself, to harass and intimidate. On Tuesday morning this week, standing on the steps outside the Harare Magistrate’s Court, she explained to the assembled journalists looking for comment from her that if any of them got arrested and wanted her as their lawyer, “I’ll be there for you”.

She may well be called on: Reporters Without Borders has estimated that of more than a 100 press freedom violations linked to the coverage of the Covid-19 pandemic recorded in Africa since its start, a quarter have occurred in Zimbabwe.

Mtetwa has been acting for Hopewell Chin’ono, an investigative journalist whose exposure of corrupt Covid-related procurement earned him the ire of government authorities. Arrested together with Jacob Ngarivhume, opposition leader and convener of the planned #31July nationwide protests against corruption, the men have been charged with “incitement to participate in a gathering with intent to promote public violence, breaches of peace or bigotry or alternatively incitement to commit public violence”.

Mtetwa, her colleagues and the next generation of human rights lawyers in Zimbabwe – many of them mentored by Mtetwa herself – only honour the system by their participation.

Not only have Chin’ono and Ngarivhume been inexplicably denied bail, but in a clear demonstration that government authorities seek to use the legal system as a tool to intimidate and repress, they’ve been clandestinely transferred to the notorious Chikurubi Maximum Security Prison, held in leg irons, and denied personal protective equipment (PPE), warm clothing, adequate food and access to their families and legal representatives.

Because legal systems can be put to frighteningly petty ends, the Harare Magistrate’s Court has now ruled that Mtetwa must withdraw from her legal representation of Chin’ono, maintaining that she has scandalised the court. In doing so, the magistrate denies Chin’ono his right to legal representation of his choosing but also seeks to intimidate Mtetwa.

Relatively, it’s hardly the worst she has had to endure at the hands of the Zimbabwean regime. She’s been jailed, even beaten, in the past. And yet the ruling is still breathtaking for its abject vindictiveness.

It maintains that comments posted on a Facebook page under the heading “Beatrice Mtetwa and the Rule of Law”, even though clearly administered by a woman who produced a documentary about Mtetwa under the same title, and intended to publicise the documentary, are to be ascribed to Mtetwa herself. It not only orders her withdrawal, it recommends that the prosecutor-general consider prosecuting her for contempt of court.

The magistrate is aghast at the idea that the standing of the Zimbabwean legal system has been diminished in the eyes of the world, declaiming that the “the world was invited to outrage”.

But that it is this type of ruling and the proceedings from which it emanates that are destructive of respect for Zimbabwe’s justice system seems entirely to escape the magistrate. Mtetwa, her colleagues and the next generation of human rights lawyers in Zimbabwe – many of them mentored by Mtetwa herself – only honour the system by their participation. Any discredit is certainly not of their making.

• Fritz, a public interest lawyer,  is CEO of Freedom Under Law.

What kind of a government has to be forced to ...

Being arrested won’t end my fight for Zim, says ...

Don’t be bullied by Zim, just help them, Cyril ...

EDITORIAL | SA must step up and show Zim some ...

Beyond the pale: Covid raises risk of attack on people with albinism