A small Big Man in pointy shoes is foiled by relentless ... 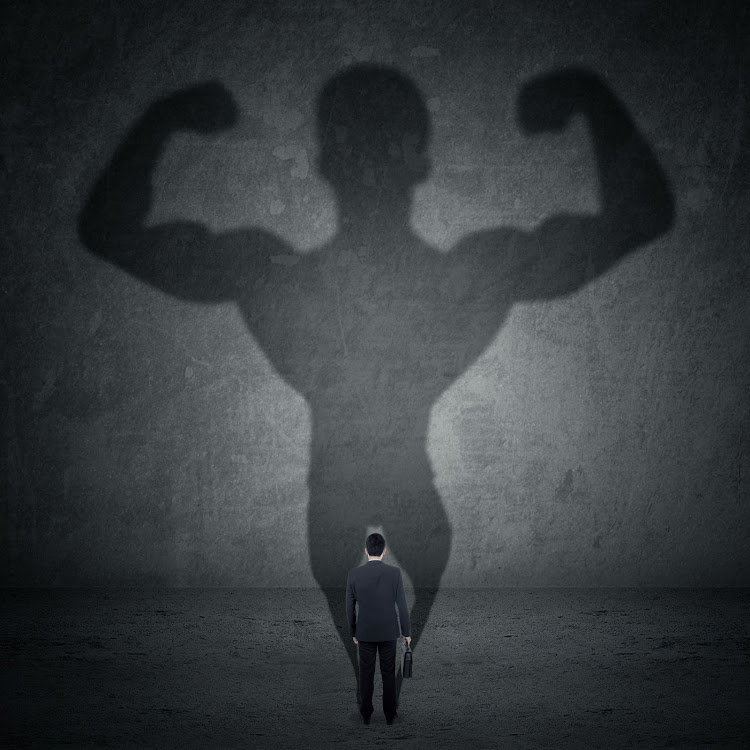 I can’t tell you exactly when he arrived, because there is a point, somewhere between the third and fourth hour of standing in a queue, where nothing really matters any more.

To be fair, it’s not even a point. By that stage, time is no longer a series of moments but rather an ocean, silent and becalmed, extending infinitely in all directions.

I could vaguely remember a before, back at around 7.30 that morning, when I had joined the queue outside the Cape Town municipal headquarters; back when I still believed that time was linear and that I might have my new car licence disk before noon; back when “noon” still meant something and wasn’t simply a nonsense word like “schedule” and “efficiency” and “some of us have work to do”.

There had a been a woman behind me, I remembered, a very small woman, who had alarmed me by standing as close to me as was socially acceptable until I eventually realised she was using me as a windbreak.

Now she was gone. When had she left? And why? Had the wind changed direction and forced her to shelter behind someone else, or had she simply given up, quietly slipping quietly over the side of our time-dingy to sink away into the great silence of this eternal now?

The sun set and rose again. Or else someone accidentally leaned on the light switch. I could no longer tell.

The great variety of life, of the world as it had been before 7.30am, had been reduced and contracted and carved into a single, monolithic, unshakable commandment: thou shalt obey one queue, and thou shalt queue in no other queue but this one, and if thou standeth in thine correct place in the one true queue, then nobody shall enter the Hall of Licence Disk Salvation before thee.

Which is why, as I say, I can’t tell you when he arrived, or from where. But I can tell you that when he arrived, we stared, and then murmured into our masks, and glanced at each other with frightened eyes. Because he had strolled up to the front of the queue, past those of us who had been standing there since before the Earth’s crust had cooled, and swanned up to the nearest counter.

With a serenity and grace worthy of those of us who looked at her with pleading eyes, she pressed a button and the electronic sign above her window changed from OPEN to CLOSED.

No doubt some in the queue saw his pointy shoes and studied air of blasé contempt and assumed he was politically connected. Others probably watched him whip out a phone and start a display of Important Man Talk and decided that he was a businessman on the make.

I don’t know who or what he was. But I know he was South African entitlement made flesh, the sort of terribly small Big Man who parks his Range Rover in disabled bays in the unconscious hope that someone will challenge him so he can get into a proper fight and briefly silence the terrible howling in the hole where his soul should be.

It should have been a moment of helpless anger. But then a guard arrived, and another, and another, fluttering around him, speaking softly and urgently, pressing their hands together as if in prayer. He smirked at them and went back to his phone, but they persisted. And it was there that I saw that relentless politeness can be impenetrable.

The smirk faded. He had to make his move. He broke free of the fluttering, flitting guards, and turned his back on them, and stood squarely in front of the window and demanded to be served.

The official behind the glass greeted him. She even appeared to listen to him. And then, with a serenity and grace worthy of those of us who looked at her with pleading eyes, she pressed a button and the electronic sign above her window changed from OPEN to CLOSED. If we’d had the strength we would have cheered.

He glared at her, and at her sign, and then smirked again and pretended to get an important call that needed him to leave right away. She watched him go, and when she decided that she and we were safe, CLOSED flicked to OPEN.

Later that day, I thought about the queue, and how we’d all kept our sense of humour more or less intact, and how we’d remained polite and patient, and done our civic duty by not coughing on each other, and nobody had been unpleasant or rude throughout those endless hours. I thought about how well we’ve all done, in these last few months of supreme dysfunction.

But I wish we didn’t have to be so patient. And I wish that one day, perhaps near election time, we will find a way to be more like those guards and that official; politely but relentlessly escorting the pointy shoes from the building.