They wrote it this week: Why a curry isn’t a good idea before ...

They wrote it this week: Why a curry isn’t a good idea before giving birth 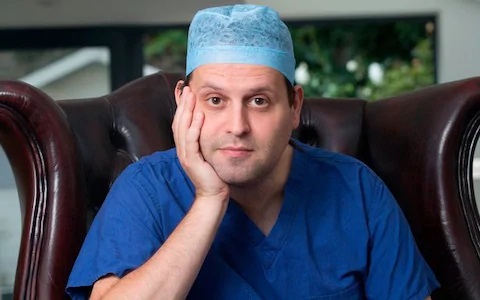 Vindaloo doesn't end in 'loo' for nothing Adam Kay saw - and smelt - a thing or two during his time as an NHS obstetrician.
Image: Wikimedia Commons

Yes, madam, you will shit during labour. Yes, it’s completely normal. It’s a pressure thing. No, there’s nothing I can do to stop it. Although if you’d asked me yesterday I’d have suggested that the massive curry you ate to “induce labour” probably wasn’t going to help matters.

This is Going to Hurt: Secret Diaries of a Junior Doctor by Adam Kay, Picador, 2017 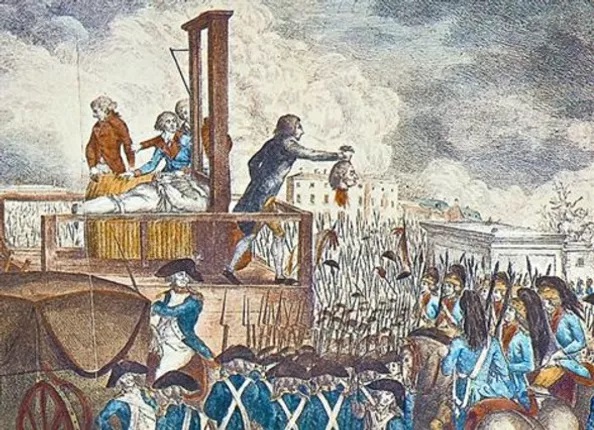 sticky end A contemporary depiction of Louis XVI's execution. The event was so shocking that even peasants in far-off Wales were discussing it.
Image: Wikimedia Commons

Old John Bryant told my Father today as they were talking about the [Franco-Prussian] War that he remembered the news coming that the King of France’s head had been cut off. He was a boy at the time, 13 years old, helping to drain a field near Bull’s Copse at Tytherton, and he heard the men with whom he was working talking about the news that had just come. 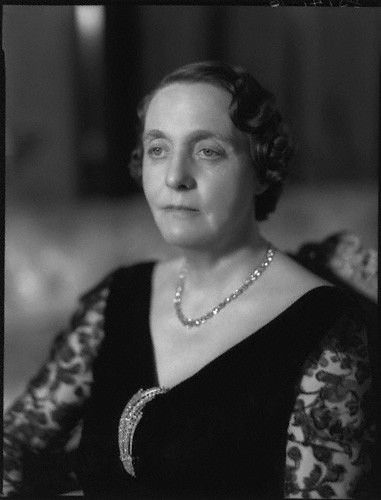 that's muv to you Lady Redesdale, the long-suffering mother of the Mitford sisters.
Image: Wikimedia Commons

[To her husband. Mitford was staying with her elderly mother, Lady Redesdale, known to her children as Muv.] I found a potato in my bed. Was just putting it back with the others, remarking to Muv how odd to find one in one’s bed, when she explained it is against cramps in the feet; I had mentioned that sometimes I get them, and she says that potatoes in the bed are sure-fire. So glad to hear of it. I have kept it there since, and no cramps at all. 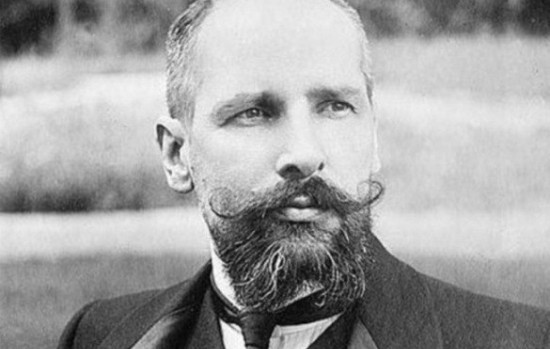 It's enough to make your hair curl Russian prime minister Pyotr Stolypin. While the terrorists were unsuccessful in their 1906 assassination attempt, five years later they achieved their grim goal.
Image: Wikimedia Commons

There has been a nightmarish attempt on the life of poor Stolypin [the Russian prime minister] – but neither he, nor his wife, were hurt. Some men in policemen’s uniforms came to his villa during a reception. It appears one of them got inside the house and there was immediately a terrible explosion. Part of the ground and first floor collapsed and were blown to splinters, and all the people in the front hall were killed or wounded. His children, his fourteen-year-old daughter and three-year-old son, who were upstairs, fell as the floor collapsed, both her legs were broken and her life is in danger, the boy has a fractured hip! Poor children – what for? About 60 people were killed or wounded. Many of the injured died soon afterwards. The poor old doorman was killed. What a horror!

A Lifelong Passion: Nicholas and Alexandra - Their Own Story edited by Andrei Maylunas and Sergei Mironenko, Phoenix Giant, 1996

There came into my room this morning the sweetest girl I ever saw, a laundress, eighteen, fresh, gay. I spoke German to her with unusual ease, and told her that I would not for the world debauch her to give myself a few days’ pleasure, but if she would go with me to England and then to Scotland, I would be very kind to her. She was really innocent. Her beauty thrilled my frame. I thought that I might be an old patriarch upon occasions and could not see any harm in taking her with me. She refused to go, but promised to come back from time to time.

Boswell on the Grand Tour: Germany and Switzerland 1764 edited by Frederick A Pottle, William Heinemann, 1953

[Martin, with his regiment, had just been withdrawn from a harrowing three-week stint on the front line.] After getting settled I removed my socks for the first time in three weeks. All the time we were in the line we were not supposed to take off even our boots and puttees but we generally got these off each night. My socks have been soaked through time after time with rain and mud and perspiration so that it was impossible to take them off in the ordinary way. I had to cut them and tear them and remove them from my feet in pieces; the soles were as hard as boards. Washed my feet as well as I could in water from the pond. 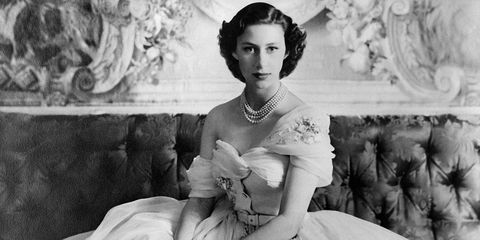 I last saw Princess Margaret twenty-five years ago. I was a waiter in a newly opened restaurant off the King’s Road, Chelsea. In time, it became very fashionable.

One night, just as we were about to close (last orders were at 11.15pm) a telephone booking was made for a party which included Princess Margaret. The manager was aghast. The restaurant, which was by now completely empty, was like a morgue. He frantically raked in whatever friends lived nearby and ordered his more presentable-looking waiters to change into their street clothes. (In those days even the artists at JWT wore suits.) By the time the Princess’s party arrived, the place was filled with apparently animated diners.

Princess Margaret, then aged twenty-five, was regarded as one of the most glamorous figures on the world stage. She certainly looked stunning that night, in a glittery white evening dress, smoking cigarette after cigarette through a long black holder. But our admiration soon palled as we sat, nursing our cups of coffee (which was all that the manager allowed us) and keeping up bright conversation for almost two hours until the Princess and her party were ready to leave. 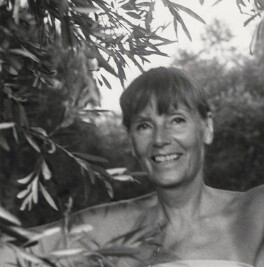 greta me outta here A snap Cecil Beaton took of Greta Garbo during their cruise of the Greek islands. Alas, her beauty - what was left of it - was only skin deep.
Image: Wikimedia Commons

[Beaton was cruising the Greek islands on the yacht of the fabulously wealthy Baroness Cecile de Rothschild. A fellow passenger, Hollywood legend Greta Garbo, was trying everyone’s patience with her demanding, hyper-critical ways.] At breakfast on deck this morning, Greta arrived last, looking rather raddled as if she had had a sleepless night (but we know better than to ask how she slept). After a little child’s play she asked if the coffee was strong and hot. Yesterday there had been a commotion when she said, “I can’t be that wrong. It must be Instant Coffee!” “No, it’s Maxwell House!” “It can’t be. Like the people of Missouri I want to see. Show me the tin.” An enormous new tin of Maxwell coffee was brought. No apology, just, “Well, it must be rather stale and has lost its strength.” 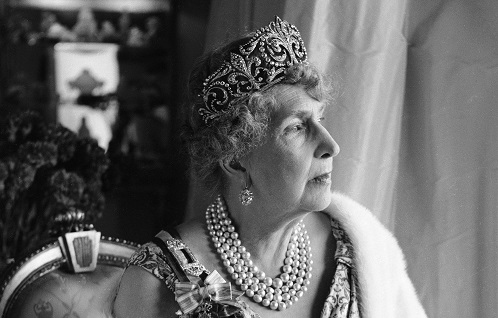 no spain, no gain Queen Victoria Eugenie of Spain, a granddaughter of Queen Victoria, spent much of her long exile circling Lake Geneva in search of whatever distractions presented themselves.
Image: Wikimedia Commons

We have, during the week, visited one principessa and one duchessa. The former was born Ella Walker in America and is fabulously rich. She was a friend with Mussolini and had to flee to Switzerland, where she lived for two years in an elaborate clinic, without enough eggs, and was visited constantly by the ex-Queen of Spain. She is eighty-four, very chic, has forty-eight gardeners, twelve manservants, three cooks, one Guardi, one Tiepolo and two dim grand-nieces in white broderie anglaise who seldom utter.

The Duchessa Sermoneta lives on the top of a mountain in a small square house which she fondly imagines is in “le style anglais”. She is only about seventy, has had asthma for two years and is exceedingly grand. She also was in a clinic in Switzerland and was also constantly visited by the Queen of Spain, who appears to be a keen clinic hound. These rich, grand, drained old ladies belong to a world that is dead-o and sigh for the times that are past-o. La Sermoneta had as guests an elderly English queen (grey moustache, Corps Diplomatique, beauty-lover) and his brother, who is a Catholic priest (rather nice), and a startled young man fresh from Oxford with over-eager teeth. I don’t know what he could have been doing there but I have my ideas. 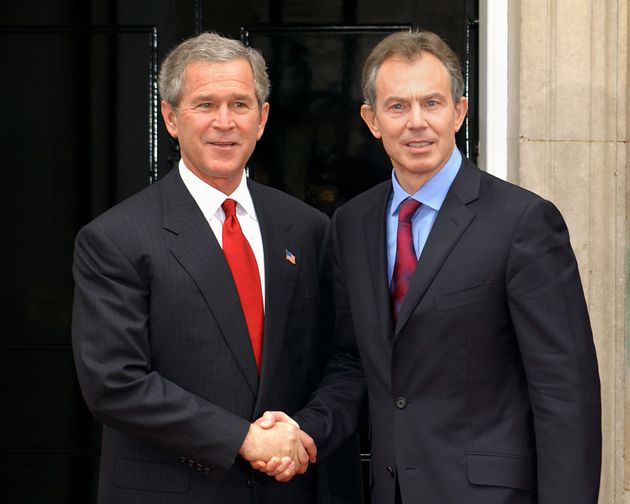 Blair bitch project The alliance between George W Bush and Tony Blair was met with horror by much of the Labour Party.
Image: Wikimedia Commons

M called in, incredulous that The Man [Tony Blair] has allied the UK so firmly to a president [George W Bush] who, as he puts it, is “by far the worst in my lifetime, surrounded by people who are, at best, mediocre (Condi Rice) and at worst nuts (Rumsfeld, Chaney). Colin Powell is the only decent one amongst them and he is giving up.”

A View from the Foothills: The Diaries of Chris Mullin, Profile Books, 2010

They wrote it this week: Nobody loves a fairy ...

They wrote it this week: She was half frog, half ...

They wrote it this week: What does a Nazi do when ...

They wrote it this week: Even princes must deal ...

They wrote it this week: Did you know Trump ...

They wrote it this week: A glamorous star is ...

They wrote it this week: Two drooping stars, one ...

Cover your tracks: It’s often your fault that an insurer doesn’t pay out