Our leaders must keep ANC snouts in the public trough, and to ...

When they sell us the ‘unity of the movement’ line, it’s to benefit a greedy elite at the expense of the people 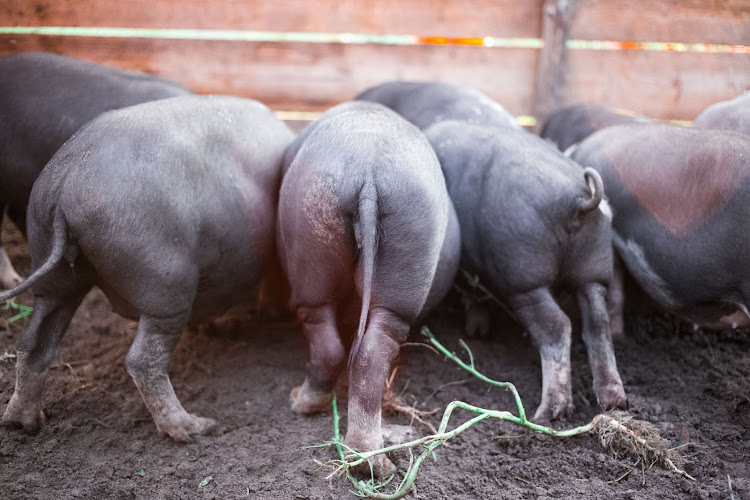 Why did so many people who fundamentally disagreed with the ANC under Jacob Zuma still stay on as party leaders after his ascent to power in 2007? Take a look at the list of those who voted for the destruction of the Scorpions investigative unit in 2008 and one thing becomes clear: it is absolutely every leader of the ANC who was in on this disgusting act.

At every successive motion of no confidence tabled against Zuma by the opposition Democratic Alliance, the Economic Freedom fighters and others, it was just one or two ANC members of parliament who spoke about conscience or about loyalty to the people of SA. Remember good old Ben Turok? He was a lonely man in the ANC back in the early 2010s as he gamely stood on principle against Zuma. The rest of the ANC – from all its persuasions and factions – rushed to vote in defence of their man even as the country’s downward slide became apparent to anyone with half a brain.

Why? Many of those worthies said then and will tell you even now that they did it for the “unity of the movement”. Whether it is Zuma on the stand for corruption, or him accused of rape, or him building himself a palace at taxpayers’ expense – they were prepared to defend him to the very end, even to the point of dying for him, as some alleged.

In their view, to cut him loose was akin to abandoning the ANC.

This is the nub of SA’s problem as it pertains to the ANC. We are led by people whose allegiance is to their party and not to the people of SA. In everything they do, the party comes first. In every decision they take, the citizenry comes second. The main goal, indeed the only goal, is the enrichment of the ANC and the protection of its members.

To them, the rest of SA is merely a carcass to be fed on by what Cyril Ramaphosa very correctly described as hyenas this past week. This outlook, this obsession with “the unity of the movement”, explains every single problem with our politics and the history of governance in SA. The ANC operates for the advancement of a small, greedy elite and for the abandonment of the people of SA.

Take, for example, the news in the past week. After everything we have learnt about corruption linked to Covid-19 personal protective equipment tenders, the president of SA appointed his own ministers to investigate their own actions. We know where this is going. It will be a whitewash. A mealy-mouthed statement will be issued and the whole matter will be swept under the carpet. In its actions the ANC shows that it doesn’t care how much our society has been damaged by this. It cares merely for its own advancement and protection.

Unemployment among young people is above 50%. The NYDA has done nothing for them. Why? It is there to line the pockets of ANC cadres, not the young people of SA.

Take another story. This week a shortlist of seven young people to serve on the board of the National Youth Development Agency was announced. Six of the seven – except for the excellent political analyst Lukhona Mnguni – are ANC members or very closely linked to the ANC in some form or another. One is a daughter of Jacob Zuma. Another is a former NYDA chief who is so crass and attention seeking that he put his name on late struggle icon Solomon Mahlangu’s tombstone. Only one of the seven has board experience. None have business experience. The NYDA has been an ATM for ANC youth formations since its formation soon after the dawn of democracy. Unemployment among young people is above 50%. The NYDA has done nothing for them. Why? It is there to line the pockets of ANC cadres, not the young people of SA.

These are just two examples of what should be clear to all South Africans: the ANC is for its own members and leaders. It lines their pockets, protects them and acts proactively to ensure their snouts stay in the trough.

It does not matter who is in charge of the ANC. The ANC acted in this manner under Zuma and continues to act in exactly the same manner under its current leader. Nothing has changed. At the rate we are going nothing will change. The ANC will continue to act in its own interests. It doesn’t matter how vile an option may be, the ANC will find a way to justify that option if it ensures “the unity of the movement”.

No one stands on principle. No one speaks for “the masses of our own people”. Instead, this “people’s party” acts for a smaller and smaller and more and more corrupt elite by the day. The people only matter when election day arrives. Then they are discarded the next day.

The “masses of our own people”? Let them eat cake.