This is because our leaders are arrogant, entitled and corrupt, as they steal from the poor with impunity 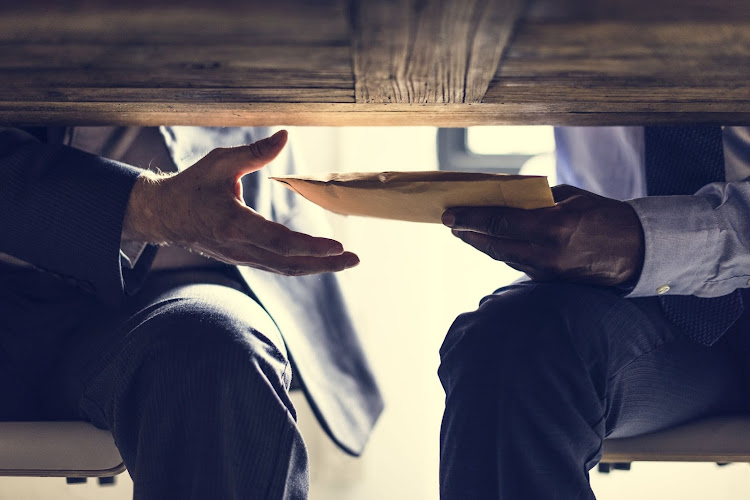 Politics pays South Africans did not vote to give their leaders and their families a ticket to loot – and to flaunt their ill-gotten wealth to boot.
Image: 123RF/rawpixel

In early January 1961, two weeks before he was sworn in as president of the US, John F Kennedy stood before the Massachusetts state legislature and reflected on the task ahead of him.

“For those to whom much is given, much is required,” he said, telling his audience that he needed their help and prayers “as I embark on this new and solemn journey” to the White House.

No one walking into the Union Buildings since 1994 has received as many prayers and offers of help as Matamela Cyril Ramaphosa and the reformist faction of the ANC that he led. A sigh of relief went up across the country when, after 10 years of the outrageous Jacob Zuma train smash, he was elected to the ANC presidency and the country’s highest office in 2019.

“Send me,” he exhorted the nation. “Join me on this journey to reimagine our country and remake our future.”

From village to suburb, from street corners to boardrooms, from township taverns to fancy suburban bars, the people of SA embraced Ramaphosa. His call to “send me” galvanised business, labour and many capable civil servants who had been shunted aside during the Zuma years to offer their expertise, their finances and their time. It was a time of optimism. It was a time to feel alive again. Many people, reminded of the optimism of 1994, spoke of the Ramaphosa era being reminiscent of when Nelson Mandela became our first democratic president.

It was not a blank cheque, though. For all the gifts showered upon him, much was expected of Ramaphosa and his team. The people of SA expected him to energetically embark on a process of fixing our broken institutions of state and accountability. They expected him to fix the economy. They wanted corruption to come to a screeching halt, as he had promised. The promise of a new dawn was supposed to stretch to service delivery and efficiency across the board and ensure, for example, that state-owned enterprises were run efficiently and profitably.

With Ramaphosa at the helm, our people expected a country that treated them with respect and a leadership that saw them as human and not just voting fodder. They did not expect disdain from their leaders. They did not vote to give their leaders and their families a ticket to loot – and to flaunt their ill-gotten wealth to boot.

The ANC was supposed to have held its national general council this past weekend [but] they have precious little to show for the effort, love and time they have been given.

The Ramaphosa faction has sadly not risen to the occasion. It is arrogant, entitled, corrupt and seemingly even unclear what its role at such trying times is. What we are seeing now is a governing party that is following a script that will make the pre-1994 racists and pessimists extremely happy. They are laughing now as our political leaders steal from the poor with impunity. Think about this mess: the president’s spokesperson’s husband has been gifted with multimillion-rand tender contracts and board positions for which he has no qualifications whatsoever. Along with her are the children and associates of ministers and the ANC secretary-general. Plus many other ANC luminaries. It is hazardous to read about this: it makes you want to puke.

In his public appearances Ramaphosa is humble and apologetic. In mid-May, for example, he apologised for mistakes made in lockdown, saying some of the government’s messages have been unclear, contradictory and poorly explained.

He promised: “Where we have disappointed, we will continue to make amends. Where we make mistakes ... as I said we are traversing uncharted territory. None of us have ever been through what we are going through now in the history of this country. We will make mistakes but I can assure you we will always seek to correct those mistakes.”

The people around him, however, have essentially denied that there is any wrongdoing. They believe that it is right and proper for their relatives to be first in line for tenders. They have been going on social media defending their looting. On Friday, instead of acting against the corrupt looters, the party launched a short-lived Twitter campaign “to protect the image of the ANC”.

The ANC was supposed to have held its national general council this past weekend. This is a conference to assess the performance of the party’s leadership since they were elected in December 2017. Ramaphosa and his team should be sighing with relief that it is not taking place, for they have precious little to show for the effort, love and time they have been given. Everything that SA has given, the Ramaphosa team has trampled on.

Our virus cases are down so give us back our wine, pleads premier