There is something this administration knows about its citizens: they are either gullible or just plain dumb 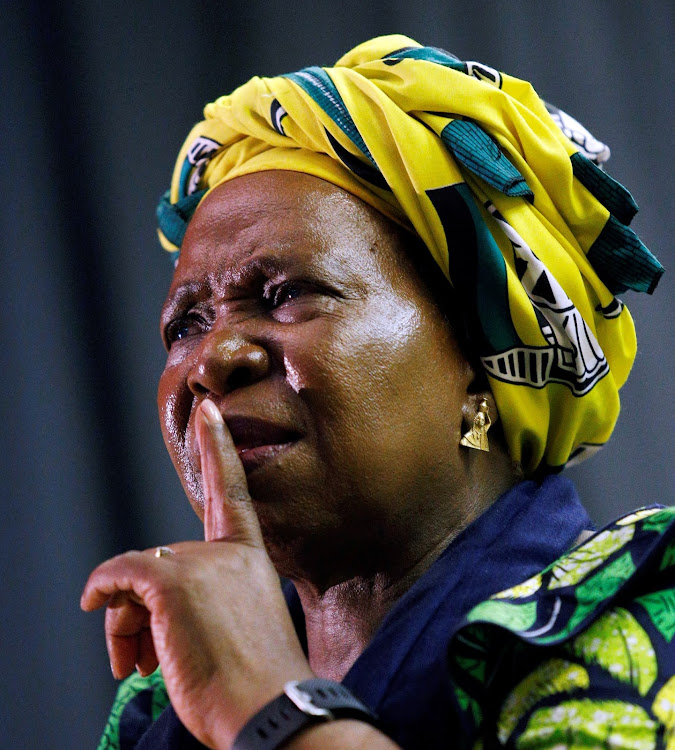 Shush, fellow citizens Nkosazana Dlamini-Zuma has done nothing about the rampant corruption, inefficiency, maladministration and sloth at local government level. Just don't talk to her about cigarettes and booze.
Image: Reuters/Rogan Ward

Last Thursday, President Cyril Ramaphosa addressed the nation for the umpteenth time. This time he spoke about the reopening of schools. He chose to cave in to trade unions and keep the schools closed despite many of the scientists and advisers around him saying it was relatively safe to reopen.

Ramaphosa always caves in to the trade unions. He caves in to the public sector unions on wages, on work conditions and other issues no matter the impact of these decisions on the fiscus and on schoolchildren.

This is something that many South Africans haven’t worked out about Ramaphosa. Put the unions and the SA Communist Party in front of him and he caves in. Every time.

The second issue on Ramaphosa’s agenda was corruption. He spoke about prioritising the fight against Covid-19 corruption and vowed that action would be taken. This is extraordinary. Ramaphosa’s administration has failed to arrest or prosecute anyone involved with a crime as obvious as the Estina dairy farm fraud and yet we are made to believe that there will be action on current crimes.

There is something that this administration knows about South Africans: they are either gullible or just plain dumb. If you believe a word of Ramaphosa’s glib promises on corruption then you are with the fairies. The only crime Ramaphosa and his administration know how to fight is when civilians are enjoying a drink or a fag in their own home.

If you are still not convinced about the ANC’s rottenness then take its actions around former Robben Islander Andrew Mlangeni and his death last week. On numerous occasions, as a member of the ANC’s veterans formation and of its Integrity Commission, Mlangeni had criticised former party president Jacob Zuma and his many outrageous actions, from handing our country’s running to the Gupta family to his laissez faire attitude towards corruption. Many have already commented on the Ahmed Kathrada Foundation clip, posted on social media, where Mlangeni said the former president had “messed up”.

“We put him there, my dear, hoping, trusting, that he was an honest man. Look what he has done,” Mlangeni said.

Municipalities are the heart of SA’s corruption. It flows unimpeded under Dlamini-Zuma.

Yet, on Friday the giggling Zuma was the main speaker for the Mlangeni virtual memorial service. That’s how depraved, hypocritical and grotesque this ANC is. You might want to ask where the ANC president, Cyril Ramaphosa, was when the decision to deploy Zuma to the memorial was made. The answer is he was in the room and was overruled.

Increasingly, Ramaphosa is absent, ineffectual and irrelevant in ANC decision making. Remember, this is the man who sat and nodded yes as the ANC’s culprits in the VBS scandal were given their jobs back a month ago. He might be the president of the party, but he is clearly not its leader.

This we all know. What is to be done?

The ANC has messed up. It has had 26 years to get things right. It has failed. It’s failures are most obvious at local level.

The person tasked with turning things around at municipalities is Dr Nkosazana Dlamini-Zuma. What a powerhouse she is.  She has brought the tobacco and liquor industries to their knees. Tens if not hundreds of thousands of jobs have been lost. Yet try to find what she has done about the rampant corruption, inefficiency, maladministration and sloth at local government level and you will be surprised. She has achieved nothing. Read the auditor-general’s reports to see just what a failure this minister is. It’s mind-boggling. Municipalities are the heart of SA’s corruption. It flows unimpeded under Dlamini-Zuma.

So what will ordinary South Africans do in 2021? After being stolen from, spat upon and denigrated by the ANC for the past 10 years, will they choose the devil they know? Will they stay at home and not come out to vote in numbers? Will they find a new political home?

The ANC, glorious as its history and its founding mission was, no longer has anything much to offer the people of this country. It would be really interesting to speak to Ramaphosa himself, but I doubt that even he, a man who has been touted as the great hope of the party after Zuma, can put forward a convincing argument for the retention of the party. The ANC is a tragic disappointment at every level. It is a party of corrupt old men and a few women running their country into the ground.

The people will choose in 2021. I fear that they may choose the ANC again.