Selfless Andrew Mlangeni is the classical epitome of a ...

Selfless Andrew Mlangeni is the classical epitome of a disciplined cadre

His life is but one of many strands woven into our historical narrative, but his qualities richly embroider it 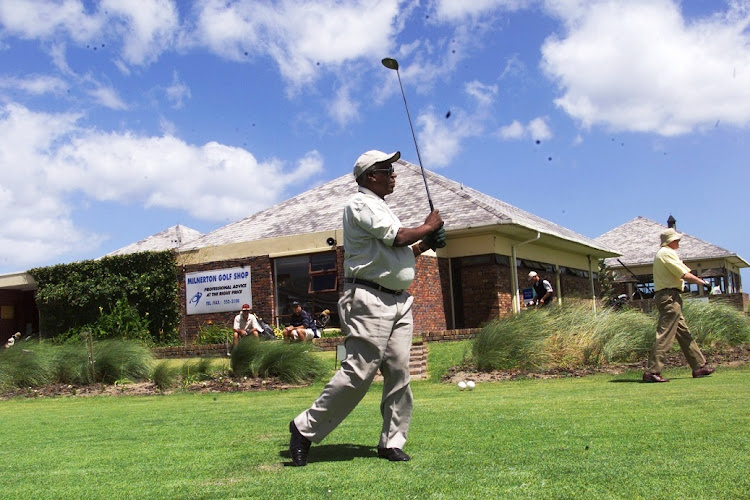 The last remaining Rivonia trialist, Andrew Mlangeni, died at the age of 95 in Pretoria on Tuesday. Below is a tribute former president Kgalema Motlanthe wrote for Mlangeni, as a foreword to his biography, ‘The Backroom Boy – Andrew Mlangeni’s Story’, which was published in April 2017. 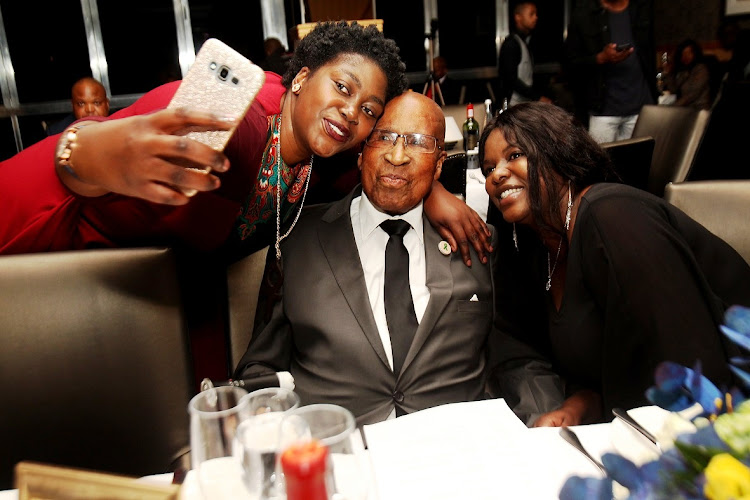 The publication of Andrew Mlangeni’s biography could not have come at a more opportune moment in the historical process.

Aptly titled The Backroom Boy: Andrew Mlangeni’s Story, this book shares with the reader the value of making a contribution to a people’s cause in a classically selfless fashion, without seeking the glory of limelight attendant to leadership positions.

As post-apartheid South Africa evolves in both intended and unintended ways there is much in the process that warrants looking back to analogous moments in history. Such an exercise is not only valuable in enabling us to avoid repeating mistakes of the past but serves to deepen our understanding of the possibilities of our human agency as individuals and at a collective level. 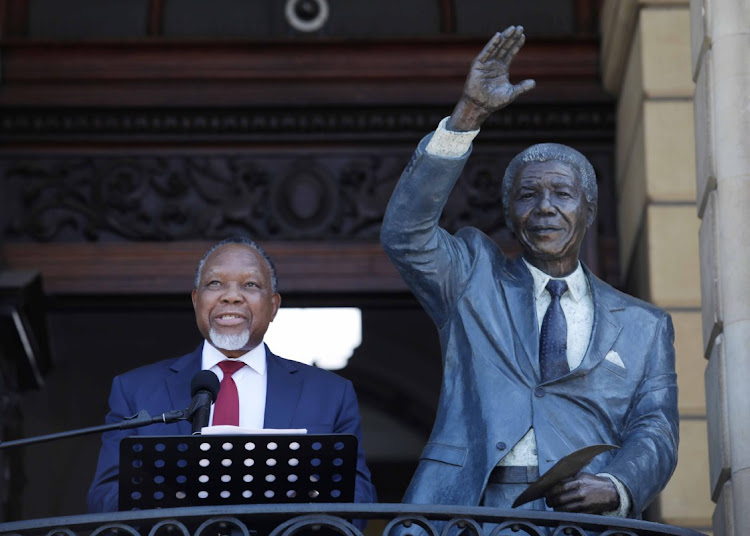 Man of bearing Former president Kgalema Mothlante described Andrew Mlangeni as a man of discipline and self-respect, with an exemplary sense of purpose.
Image: Esa Alexander

Thus we get to understand that although thrown into historically given circumstances, we equally have the inherent power to change matters, to throw down the gauntlet to destiny in whatever ways are humanly possible.

This makes sharing the lesson-laden, politically charged life of figures such as Om Andrew (all elderly stalwarts of the struggle are affectionately called “Oom”, uncle, “Om” for short) all the more necessary, if not indispensable.

After the publication of the biographies of Om Andrew’s contemporaries Nelson Mandela, Oliver Tambo, Walter Sisulu, Ahmed Kathrada, Dennis Goldberg, Mike Dingake and others who have, incidentally, influenced his political development, it is only legitimate to expect Om Andrew to also claim his place in the exalted genre of South Africa’s expanding political biography. 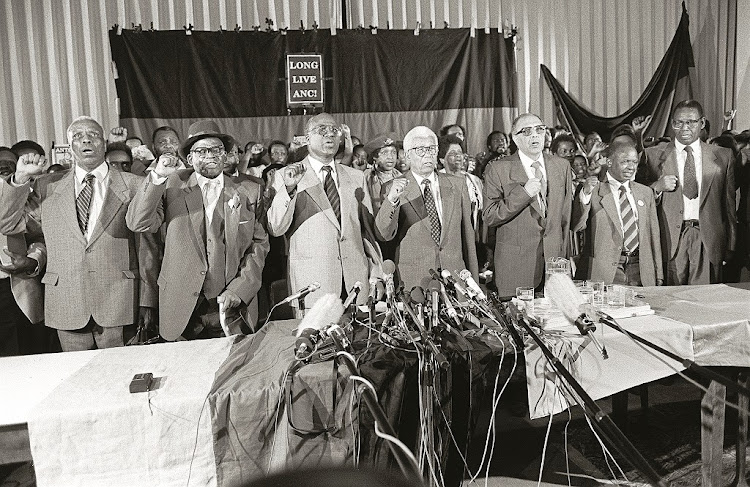 This amounts to the writing of history, our history, by documenting the lives of the leading individuals during the freedom struggle. It does not mean that history is the product of individual genius or of sacrifice alone.

On the contrary, it affirms the importance of individuals within the tapestry of collective human reaction to a given historical situation. Like those of each of his contemporaries, Om Andrew’s life is but one of the numerous strands woven into the South African historical narrative.

Through reading a book such as Om Andrew’s biography we appreciate that, now and again, nations fall into a sore need for some hard-nosed historical lessons as they try to pull through strangulating challenges thrown up by periods of sociopolitical misfortune.

In South Africa’s case where else to turn but the glorious history of the struggle for justice and equality whose mobilising philosophy constitutes the framework of our shared vision today? 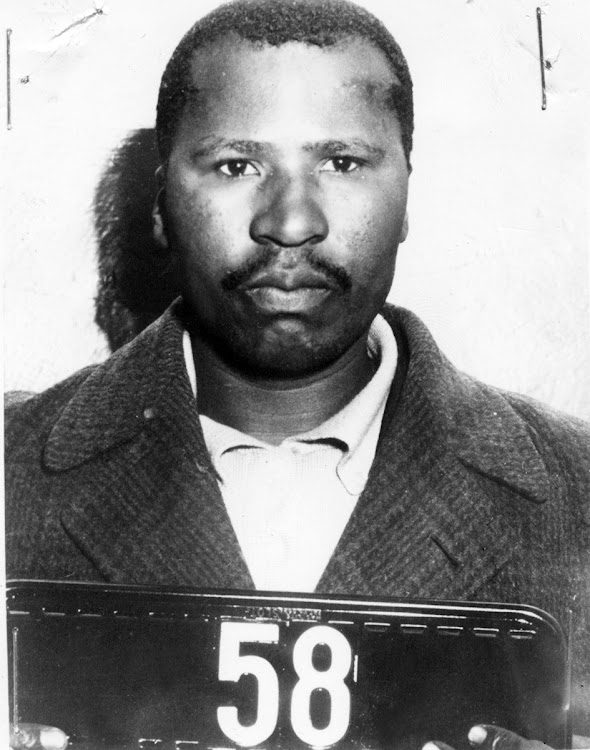 Andrew Mlangeni, the last Rivonia trialist, died on Tuesday at the age of 95.
Image: Supplied

The struggle for the entrenchment of a united, democratic, non-racial, non-sexist and just society is not cast in certain terms and will, inexorably, suffer setbacks in the cut and thrust of political existence.

What stands out with exceptional distinction in Om Andrew’s life is his personal conduct, discipline, a commendable self-respect and his exemplary sense of purpose.

A compelling view is emerging of an individual committed to the struggle of his people, acting to make a difference in concert with and under the leadership of his comrades and his people.

Om Andrew is among this crop of individuals moulded by their social circumstances who have in turn acted to change given circumstances, within the parameters of the collectively shared vision.

What stands out with exceptional distinction in Om Andrew’s life is his personal conduct, discipline, a commendable self-respect and his exemplary sense of purpose.

That not much about the life of this remarkable individual is known, at least on the scale of his contemporaries, is probably thanks to his modesty. At least he has largely been an unknown quantity despite the fact that his political biography starts early on in his life at a secondary school level with such luminaries as OR Tambo, Joe Matthews and Duma Nokwe, and that his political maturity owes much to Ruth First, among others.

Consequently, the time is right for a book to be written on the life and indeed contribution of one of the most self-effacing, humble and yet enthusiastically committed souls to the moral struggle for dignity, unity, justice, fairness and equality among human beings.

Sadly, among the young generation of South Africans very few would have heard the name Andrew Mlangeni, despite the fact that in addition to the 26 years and four months of apartheid incarceration Om Andrew has also served the democratic parliament for more than two decades.

Never one to thrust himself into the limelight of history, Om Andrew has remained a classical epitome of a disciplined and selfless cadre of the African National Congress (ANC) throughout the three phases of his life (pre-prison, prison and post-prison).

Despite his huge political experience and a penetrating understanding of the ANC that naturally endowed him with the aura of a dean, he was content to be led, preferring to be a back-bencher while lavishly sharing key insights with his parliamentary colleagues. 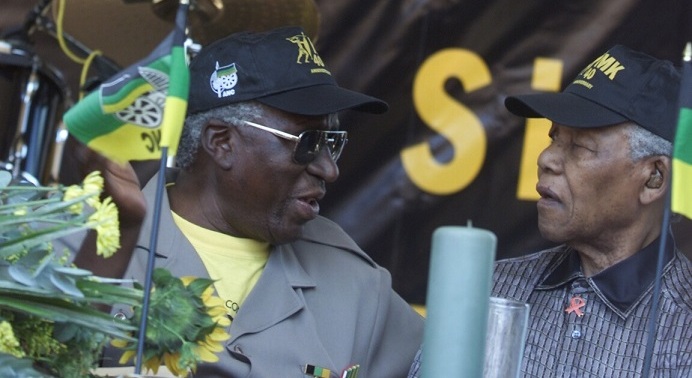 A long and deep history Nelson Mandela with Andrew Mlangeni at the Jabulani amphitheatre in Soweto in December 2001, during the commemoration of uMkhonto we Sizwe's 40th anniversary.
Image: Len Kumalo

In like manner he has never sought to be a chairperson of any portfolio committee throughout his parliamentary career, despite plenty of opportunities presented by his de facto seniority.

We have now reached a stage when more effort has to be spent on the morally compelling case for documenting our history. It is even gratifying to see veterans of the struggle and many architects of democratic South Africa being acknowledged for their worthy sacrifices while they are still alive!

We hope therefore that the reader of this book will emerge with some crucial understanding of Om Andrew’s historical navigation of the dual landscapes of anti- and post-apartheid strife.

The reader’s understanding would have benefited some more if grasping the life and times of Om Andrew opens up broader vistas in comprehending South Africa’s history. On this account I would urge the South African public to read this and other books documenting the lives of figures who, through their sacrifices, helped our country to achieve freedom and democracy, and those still labouring for the attainment of the founding vision of a democratic South Africa.

Along with the three surviving former Rivonia Trialists, Om Andrew is a living representation of such worthy individuals.

• Kgalema Motlanthe is a former SA president and patron of the June and Andrew Mlangeni Foundation.

Front seat of history: I drove Madiba to freedom

Even in death, Kathrada is a blessing to his ...

What Biko would have told young black people ...