Covid-19 aside, banks and retailers are pushing clients to go digital in SA, whether we want to or not 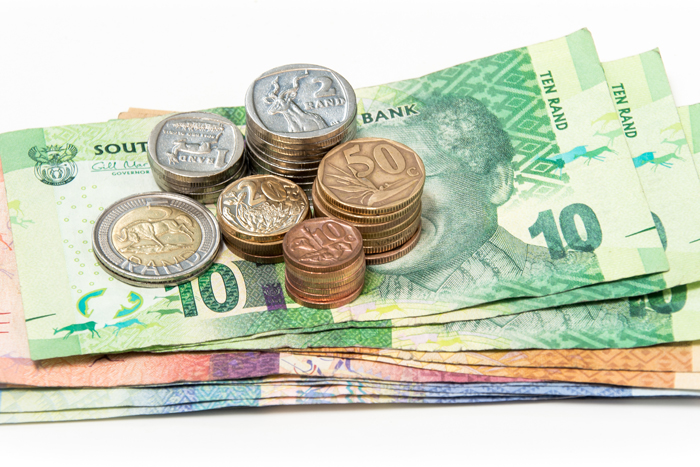 on the way out Covid-19 has accelerated the shift to fully digital banking, leaving many consumers feeling bewildered and marginalised.
Image: Vanessa Bentley/123RF

Quite a few people have asked me that recently, indignant at having their cash refused. And understandably so — SA is a predominately cash-based economy.

The Payments Association of South Africa’s (Pasa) “Payments Study Tour Report”, published last August, says more than 50% of the value of consumer transactions in this country are completed with notes and coins.

“The majority of South Africans have a debit card in their possession and are banked, but most prefer to transact with cash. This could be due to a lack of trust in the banking system, convenience and the perceived lack of fees, which makes transacting in cash very attractive.”

Perceived is the operative word there, because accessing or depositing one’s cash, or paying for goods or services in cash, can be expensive.

An elderly couple rents a parking space from me, in a different province, paying me every month by going into a branch of their bank and depositing cash into my account. I don’t know what their bank charges them for that, probably about R70, but my bank deducts a whopping 10% of what they pay me as bank fees.

So how justified are service providers in refusing to accept cash?

Well, the World Health Organisation (WHO) says handling cash is about as risky as touching other common household objects, such as doorknobs, and warrants a wash of the hands rather than a cash ban.

Store accounts: easy to open, not so easy to close

You are legally entitled to written confirmation that an account has been closed, so don’t be fobbed off
News
1 year ago

As for the legal position, I first queried the cash refusal issue with the Reserve Bank in 2018, when Kulula stopped accepting cash as payment for in-flight beverages and food.

What happened to cash and coins being legal tender?

Yes, the Reserve Bank said, the rand is the legal currency of SA and as such, represents the only approved payment method for cash.

“However, the payment ecosystem is far broader and consists of a number of different payment mechanisms,” I was told.

“Due to the security risks associated, some retailers have opted not to accept physical cash any more and prefer other payment mechanisms, such as debit and credit cards.”

And now we have health reasons being cited. Here’s the thing — while the Reserve Bank has issued no directive about service providers having the right to refuse to accept cash as payment due to coronavirus concerns, there is absolutely no sanction for those who do. Consumers can’t storm off to a police station and lay a charge against a retailer who refuses their cash.

So it’s a take it or leave it situation, I’m afraid — if you insist on paying in cash, avoid the stores and service providers who are currently refusing to accept it.

Interestingly, Pick n Pay not only doesn’t have any problem with accepting cash as payment for its groceries, the retailer is now inviting customers to deposit cash at its till points.

At a fee of just R19,95 for a deposit of up to R5,000 into any South African bank, it’s a cheaper, safer option than using an ATM, especially for large sums.

Outsurance is forking out for Covid-hit clients. Why aren’t the others?

Who cares if it’s a marketing ploy? At least one insurer hasn’t wriggled out of helping the hospitality industry
Ideas
1 year ago

Another paper form of payment which is fast becoming extinct in SA is the cheque.

Cheque volumes have been dropping by between 30% and 40% in the past decade, lockdown having accelerated that decline to 67% down on last year, to date.

Absa Bank decided to stop issuing chequebooks to its clients from this month and, on July 7, FNB announced that it will be discontinuing the issuing of cheques by the end of this year. Nedbank intends to phase out cheques during the course of 2021 and will start this process in September. FNB customers who still use cheques have been given a six-month notice period to adapt to other forms of payment.

And while Standard Bank hasn’t put a date to it, the bank says it’s working on a co-ordinated phase-out plan “to help our clients’ transition (to digital forms of payment), especially given the business-processes changes that will need to take place across all stakeholders”.

So it’s not only technology-resistant older folk who cling to their chequebooks — many businesses still prefer to use them, for many reasons, including the need for multiple authorising signatures.

As with all other forms of transacting and interacting, Covid-19 has accelerated the demise of traditional ways of doing things by a huge degree.

We’re being catapulted, suddenly, a few years into the future, where digital is king and we engage on every level via screens with a serious of taps.

I have huge empathy for those who feel totally alienated and bewildered.

Smell a rat with that online sale? Here’s how to ...

ANC and those who voted for it aren’t victims. They chose the mess SA is in