Malawi’s triumph for democracy gives a cheerless world reason to ... 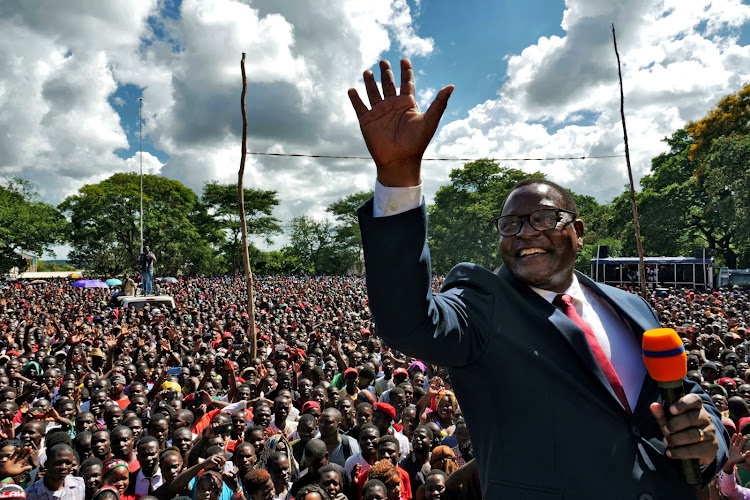 Landlocked and impoverished Malawi occupies little attention in this country or the world’s consciousness.

Yet this predominantly rural and often blighted central African country has at key moments emerged from the shadows and thrust itself into the spotlight here and well beyond these shores.

In May 1970, its dictatorial President for Life, Dr Hastings Banda, shocked the continent and the world by busting  the taboo on official relations with  apartheid SA. He broke the boycott imposed by fellow African leaders by paying a state visit to the country and was wined and dined by the dour, hardline prime minister John Vorster.

That visit had all manner of repercussions except in Banda’s homeland of Malawi. There he ruled with an eccentric (he banned miniskirts, for example) and brutal iron fist: human rights groups estimate that anywhere between 6,000 and 18,000 Malawians were murdered for opposing Banda or dissenting from his one-man rule which even in a brutal continent was deemed extreme. So no dissent on the home front to his supping with apartheid was evinced.

Back in SA, Vorster’s ultra-right opponents in the tiny Herstigte Nasionale Party (HNP) were quick to produce pamphlets which correctly discerned a new chink in the apartheid iron wall.

The party published a photograph of a typically unsmiling Vorster seated alongside Banda’s “official hostess” (which covered a multitude of possibilities), Ms Cecilia Kadzmira, at a state dinner at Johannesburg’s President Hotel. The HNP reckoned if interracial dining at the very top was now sanctioned the whole edifice of strictly enshrined racial segregation would start to fall. It took decades for the inner contradictions of apartheid to play out, but when Malawi sent the first black ambassador to Pretoria, an exception had to be obtained in Pretoria’s Waterkloof to allow him to reside there and the contradictions continued. And slowly the bricks in the wall of apartheid started to tumble.

Obviously for isolated apartheid SA, the Banda visit and follow-ups were a godsend. It suggested segregationist Pretoria could continue its repression and racial preferencing at home while expanding its reach into Africa at little cost beyond economic assistance of which Banda’s Malawi was a handsome recipient.

But with the advent of the frontline states, which did not include Malawi, in 1975 as a regional grouping fronting the fight against apartheid SA, complicated by most of its members’ extreme economic reliance on the country, saw Banda’s country fade from political prominence. Banda’s death at a Johannesburg clinic in 1997 occurred six years after he was forced to cede his 27-year presidency as the democratic sweep across the world billowed into Lilongwe, the country’s capital.

Chakwera ... said economic liberation has remained elusive for 26 years. He did not blame colonialism (as well he might, given the borders imposed on the country) and nor did he promise the perennial handout.

Since then Malawi’s occasional appearance in the headlines has been for all the wrong reasons: mega corruption scandals, the suspension of foreign aid on which it is hugely reliant, and its awful metrics of low life expectancy, high infant mortality and severe HIV-Aids infection rates. All this in one of the poorest countries in the world, where 70% of its people subsist on less than $2 a day.

Yet last week, Malawi again emerged into the global spotlight. And this time for the best of democratic rather than despotic or bad demographics.

When incumbent Malawian president Peter Mutharika was declared winner of its May presidential election it seemed – in the words of The Economist – “a textbook case of poll rigging”.  Voters’ rolls were tampered with Tipp-Ex, the army was mobilised on the president’s behalf and the judiciary seemed cowed. There were even suggestions that judges were being bribed not to set aside the result.

Yet Malawian civil society fought back. Buoyed by a supportive press, it persuaded the courts to set aside the result and order a rerun under a newly empowered electoral commission. This time, when the results were announced on June 27, Lazarus Chakwera was declared the winner, polling 69% of the vote compared with just 40% for the apparently corrupt and tainted Mutharika, who became the 19th head of state in Africa removed via the electoral process. More impressively, Malawi is perhaps the first country in Africa to witness the courts declare an election invalid, and force a powerful incumbent into a rerun, which in this case he lost.

Can Chakwera, who ironically heads Banda’s Malawi Congress Party, succeed in turning around the fortunes of his impoverished country?

Certainly his inaugural speech promised great things. It is for even the most cynical eyes and ears a speech of some splendour and frankness.

Chakwera stated that having achieved political liberation, the necessary economic liberation has remained elusive for 26 years. He did not blame colonialism (as well he might, given the borders imposed on the country) and nor did he promise the perennial handout.

He challenged his fellow citizens to assert themselves in working harder, paying for their loans, and to make themselves competitive in the workplace.

He also, in an extraordinary upfront concession, promised to make a full annual declaration of his assets to parliament, propose legislation to reduce the powers of the presidency, and to meet with the leader of the opposition “every three months to listen to alternative ways of running government affairs”.

Malawi dubs itself “the warm heart of Africa”. In a cheerless world today, ravaged by coronavirus and corroded trust in governments and sub-standard rulers, it provides a moment of cheery optimism. Let’s check back in five years to ensure its new president governs as he promises.

Is there a plot to kill our god-king Mogoeng? His lord only knows