The self-serving, corrupt ANC shows again how it befouls ...

In its shameless response to the VBS scandal, the party laughs as it rubs our faces in the cesspool of its graft 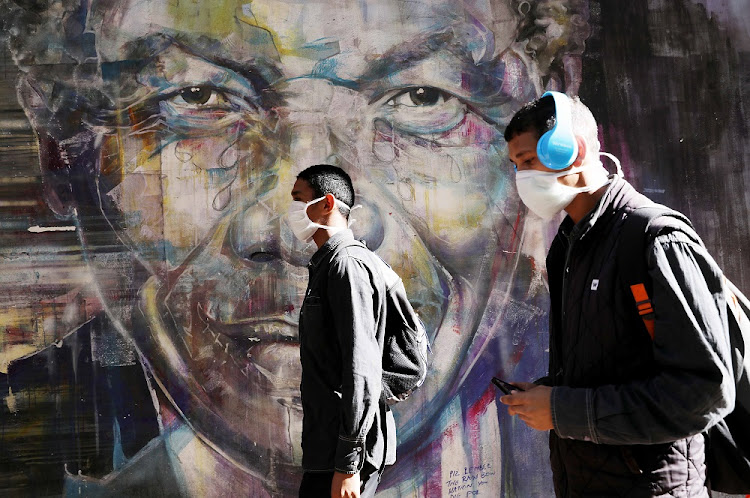 Wall of silence The ANC has once again revealed that it learnt nothing from the great man it once praised so highly.
Image: Esa Alexander/Sunday Times

When Nelson Mandela died in December 2013 there was an outpouring of grief from across the world. Leaders great and small, honourable and dishonourable, offered their condolences. Mandela’s incredible life and profound legacy were praised to the rafters. ANC leaders reminisced about the great man. But it was the great poet Maya Angelou who broke our hearts.

I love those words: “We will not dishonour you.”

Every day now, the African National Congress that Mandela loved and gave his life to dishonours Mandela and shows us that it learnt nothing from the great man. Instead, the ANC rubs our faces in the cesspool of its corruption and laughs at us. Nothing illustrates this more than the party’s actions last week when it shamelessly, brazenly and thoughtlessly decided to reinstate two of its senior Limpopo officials who stepped down after they were implicated in allegations relating to the looting and collapse of VBS Mutual Bank.

ANC secretary-general Ace Magashule announced that the party would reinstate its Limpopo treasurer, Danny Msiza, and the party’s deputy chairperson in the province, Florence Radzilani. They are accused of facilitating the deposit of municipal funds with VBS Mutual Bank despite this being explicitly against the law. The bank collapsed, leaving thousands of depositors queueing outside its branches in the winter rain to claim their money. Many of its clients were pensioners.

Adv Terry Motau, SC, was appointed by the Reserve Bank to conduct a forensic investigation. His findings were scathing. He wrote that “one of the most illuminating examples of the rampant corruption and bribery that occurred is to be found in a WhatsApp discussion between [middleman Kabelo] Matsepe and former VBS chairperson Tshifhiwa Matodzi on 20 December 2017”.

He goes on to reveal that the WhatsApp message from Matsepe to Matodzi reads: “The mayor of Vhembe [Radzilani] is crying she says we must give her and the speaker a Christmas because they are the ones who are making sure we keep that money for six months. We gave her 300k and she cried and said we gave juniors R1.5-million and we gave her 300k … we said we will consult with you and will sort her out Friday morning … if we can let’s give her 1% on a level of trust because she did keep her promise that she will block the money from being withdrawn.” Matodzi replied: “Go ahead … But she must know the formula.”

Batohi can be as great as she wants, but the political leadership, in this case the ANC, will continue to starve her of resources while backing the likes of Msiza and Radzilani.

These are serious allegations. Vhembe municipality lost R300m when VBS collapsed. The ANC’s decision to reinstate the two comes just weeks after the Hawks arrested Matodzi, the bank’s CEO Andile Ramavhunga, its treasurer Phophi Mukhodobwane and a host of accomplices from audit firms to representatives of the Public Investment Corporation. The seven suspects have appeared in court and were granted R100,000 bail each.

The decision came as more news of large-scale corruption during the Covid-19 pandemic continued to emerge. The corruption that is so rampant in the Eastern Cape has led to the collapse of that province’s hospital network. Millions of rand are being stolen in unverifiable “public awareness” campaigns.

The ANC does not aid and abet such practices. No. It invented them, refined them and is now telling us clearly and loudly that it wants them to continue. The ANC is the problem, not the solution.

Why are we losing? The answer is simple. The people who are supposed to help Batohi and her colleagues are blocking her. Batohi can be as great as she wants, but the political leadership, in this case the ANC, will continue to starve her of resources while backing the likes of Msiza and Radzilani.

The same Maya Angelou who lauded Mandela once said: “When someone shows you who they are, believe them the first time.”

The ANC has showed us again and again who and what it really is. Last week was the umpteenth time. How long will we continue to believe the lie that the ANC is serious about ending corruption, or uplifting the poor, or transforming our country? Its actions are very clear. The ANC is for itself and not the people.

Don’t think the killing of black people in the US ...

Schools have taken a hit, and it’s going to get worse: Motshekga