Don’t worry, kids, it’s full Marx for all on this back-to-school ...

Don’t worry, kids, it’s full Marx for all on this back-to-school test

How well have you been studying at home? Let’s see how ready you are for class – or a career in politics 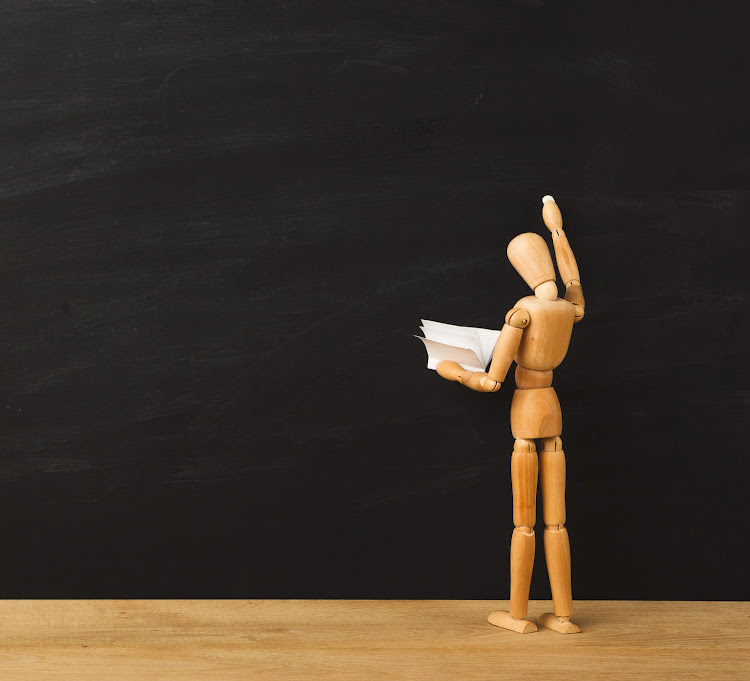 Welcome back to school, dear children!

The past few months have been very disruptive, but now that we’re all back in the classroom it’s time to assess how well you’ve been keeping up with your studies at home.

Please answer all the following questions to the best of your ability, unless you are planning a career in politics, in which case please set this test on fire and post the ashes to your local Sasco branch along with an outline of your plan to disintegrate the South African economy once you enter the ANC’s NEC.

President Cyril Ramaphosa says: “At this stage, it is difficult to determine when the ban on the sale of tobacco and related products will be lifted.”

What is the president trying to say?

A) “Social engineering is fun, kids!”

C) “Can someone please take this duct-tape off my mouth?”

When talking about police violence that saw Collins Khosa murdered, Ramaphosa said: “They [the police] let their enthusiasm get the better of them.”

Explain this logic, citing science, religion, philosophy, a hunch, something you read on Facebook, or a Magic 8-ball.

Choose the sentence which best paraphrases the president’s meaning.

Places of worship were opened without the support of most religious leaders. Who persuaded the government to do something that apparently nobody wanted?

B) A voice from a burning bush.

C) A burning angel in a bush.

D) Nobody. Because the Collective moves in mysterious ways, and sometimes shit just happens, so stop asking questions, okay?

Draw a map of South Africa. Now, using a microscope, try to find the DA and EFF.

Cigarettes have been banned on the grounds that they are bad for citizens’ health. Alcohol, originally banned to limit the number of patients in hospitals, has been unbanned just as hospitals start filling. Explain this logic, citing science, religion, philosophy, a hunch, something you read on Facebook, or a Magic 8-ball.

You are a gangster selling bootleg cigarettes. Calculate to the nearest tax-free million how grateful you are to Nkosazana Dlamini-Zuma and the Command Council.

The Western Cape has recorded more than 800 Covid-19 deaths. Mpumalanga, North West and the Northern Cape have recorded one each. On a scale of “Suuuure, Those Numbers Seem Toooootally Legit” to “Hlaudi Motsoeneng Writing The News In Crayon On The Back Of A Napkin”, how much do you believe that those numbers reflect reality?

Write a short essay outlining how science can be used to formulate national policy, for example, shouting “Because science sez!” whenever someone asks you for an explanation, or lining up panels of scientists, pointing at them and saying: “See? Science! Now shut up! It puts the lotion on its skin or Bheki will fetch the hose again!”

Or whatever the Collective says.

The RET Club: where selfishness rules and the ...

Welcome to the SA circus. Let’s bring on the clow ...