It’s all too easy for SA to fall back into the repressive ways of apartheid. It’s up to us to stop it happening 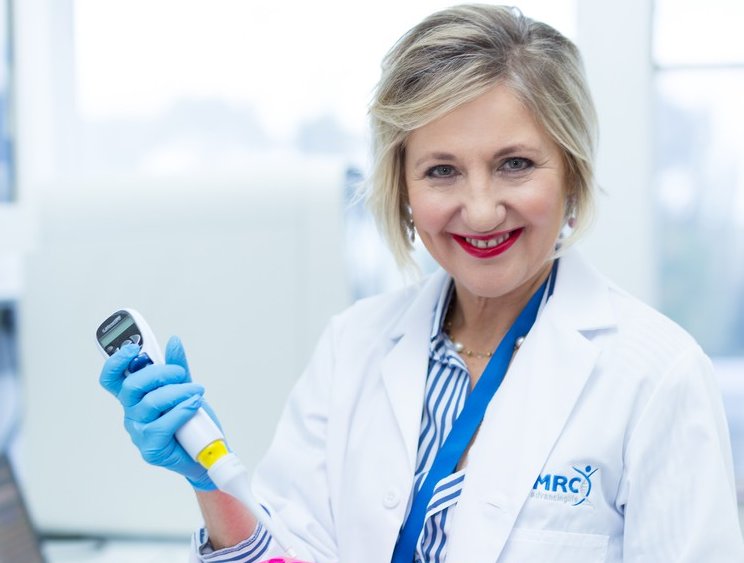 Something really crazy just happened in our young democracy. A world-famous South African scientist took to the media and questioned the extended lockdown decision of the government. The problem is the woman serves on one of the committees that reports to the minister of health on the management of the Covid-19 pandemic. The minister of health responded with a tough but measured criticism of the scientist’s position.

At this point, an outraged government official, the acting director-general for health, wrote an inflammatory letter to the woman’s bosses at the Medical Research Council (MRC), where she serves as the president of this esteemed organisation. That letter made serious allegations against the woman and called for an investigation into her conduct, while reminding the MRC that it was “an entity” of government. In other words, we own you.

Then something as bizarre happened. The board of the MRC fired off a grovelling letter to the most senior bureaucrat in the department of health, apologising for the embarrassment caused, silencing researchers from speaking to the media and promising to do what was urged —investigate the scientist who dared to differ with authority.

All hell broke loose. Social media went into overdrive lambasting this high-handed decision. Prominent public figures in the science community called the behaviour of the authorities “a witch-hunt” and a science academy charged the health department head with an “abuse of power”. Then, in the fastest turnaround in modern politics, the MRC board changed its mind and made the instant finding that the scientist had done nothing wrong.

No doubt, the huge public protest against an authoritarian decision and, I suspect, an intervention by senior politicians, beat the embarrassingly obsequious medical council into a hasty retreat. How could they not after the president of the republic had just declared, in a national address, that “we appreciate the diverse and sometimes challenging views of the scientists and health professionals in our country, which stimulate public debate and enrich our response”?

You don’t have to kill free speech to save lives, they say in letter protesting his ‘victimisation’ of Prof Gray
News
2 years ago

Why did this matter about one scientist evoke such an intense reaction in the science community? Because a very serious democratic principle was at stake and that is academic freedom. Imagine you live in a society where scientists are threatened and intimidated for not toeing the party line. Imagine that daring to disagree with the powerful in your society could cost you your job. Imagine that you have critical information of public interest, but you are muzzled by your government because what you believe could embarrass the state.

Individuals and institutions have memories and when there is a crisis, such as this existential threat called Covid-19, all those bad tendencies, such as stifling academic dissent, come rushing to the fore.

Well don’t imagine — it happens all the time in authoritarian societies. For example, Chinese doctor Li Wenliang made the mistake of warning about a strange virus. The authorities dragged him in for questioning and reprimanded the poor man, who died shortly afterwards of Covid-19.

But you don’t have to go to China or Russia. We have had decades of such repression of scientists under apartheid. The Wits anthropologist, David Webster, was assassinated outside his home. The then University of Natal’s Rick Turner, a political scientist, was shot dead inside his home. We no longer shoot academics for what they believe, but that intolerant, authoritarian and repressive streak still runs through the veins of our institutions, as we have seen in the behaviour of the police during this lockdown period.

My mentor, Prof Chabani Manganyi, would often ask me this unsettling question: “JJ, where do you think the people who killed Maki Skosana (the innocent young woman necklaced in 1985 under suspicion of being a police informer) went? Where are the people who believed in and supported apartheid?” The point that the distinguished clinical psychologist was making is that our deepest values, norms and beliefs did not simply evaporate when Nelson Mandela walked out of prison and we found ourselves governed by a new constitution. Individuals and institutions have memories and when there is a crisis, such as this existential threat called Covid-19, all those bad tendencies, such as stifling academic dissent, come rushing to the fore.

Academic freedom is not some abstract concept that elite universities fight about in their spare time. As we have seen with the coronavirus, scientific expertise and advice could literally mean the difference between life and death. This does not mean scientists are always right or that they do not disagree. But it does mean that, as a citizen, you deserve to hear the evidence from all sides of a debate, such as when is it safe to send your child to school, and then to make an informed decision.

We are a young democracy with a long history of authoritarianism. Those in power, politicians and bureaucrats alike, will, from time to time, cross the line and threaten the democratic rights of individuals and the academic freedom of scholars. When that happens, we have a duty to resist or we could quickly find ourselves back where we started, under increasingly authoritarian governance, while waving the flag of democracy.

There’s no use reopening schools if there are no ...