Back to school isn’t about saving lives, it’s a gamble on kids’ ...

Behind the fictions spun by politicos is the frightening truth: pupils will be sitting ducks for Covid infection 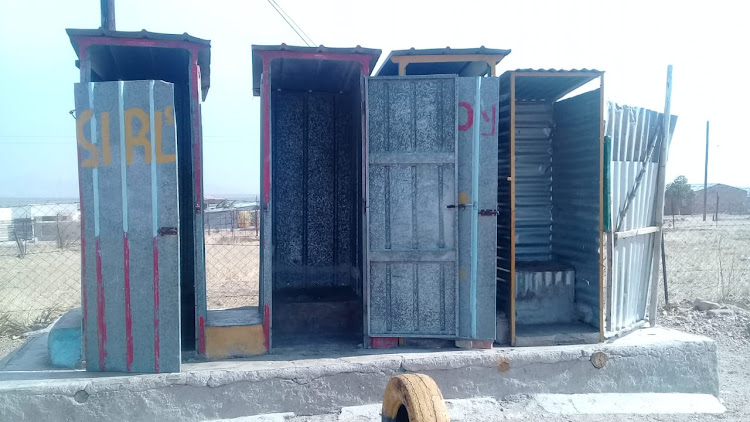 Horrible fail The government's failure to deal with the dehumanising practice of pit toilets for our children has resulted in a huge trust deficit.
Image: Supplied

Let us begin with a reality check.

Since schools in France reopened last week, 70 new coronavirus cases were reported and the affected schools closed down. France’s education minister responded by saying that “it is inevitable that this sort of thing would happen”. You heard right – “this sort of thing” refers to your children. Parents in Denmark rightly complain that their children are being used as “guinea pigs” in this dangerous experiment of reopening schools. Why the difference in approach by a politician and a parent? That is at the heart of my commentary this week on minister Angie Motshekga’s long-delayed speech made last night on the reopening of SA schools.

But before I go there let’s check on the facts. While there is so much still unknown about this novel coronavirus, some things are becoming clearer from mainly small-scale studies on children. Children do get sick, though in much smaller numbers than adults. Children sometimes suffer greatly and some die. Depending on which research report you read that can be anywhere from 1-2% of humans infected in particular regions of one country, up to 8% infections among children. That sort of thing.

When you are a politician, those are acceptable numbers to dabble with. The minister did not say it – that would be suicidal – but others said it for her, like one of my colleagues who has the ear of the powerful: she should have said there will be infections among children and that is inevitable. For politicians and statisticians your child’s health is a trade-off between getting a dangerous virus at school and the problems that come with retaining children at home — such as educational disadvantage and dropping out. It is a worthwhile risk.

Just by the way: about 500,000 children dropped out of school in the 12-year cycle even long before there was a pandemic, so this unexpected bout of ministerial consciousness is completely unconvincing.

When you are a parent, even those low chances of infection and death represent an unacceptable risk. You see, a parent with children does not make calculations about their child’s health based on probability statistics. In a parent’s mind there is a very personal calculation at stake: what if it is your child in that 1-2% of infections? And given that children in poorer countries have greater exposure to infectious diseases such as tuberculosis and respiratory ailments such as asthma, they are sitting ducks for infection in our kind of schools. This is not France.

The biggest problem the minister faces with the reopening decision is one of trust. We are being asked to trust the authorities that “strict preconditions” for the June 1 restart for grades 7 and 12 will be met. Schools without running water will get water. “Just in time delivery will be made.” There will be social distancing on school buses and hand sanitation before boarding them. Pupils with pre-existing conditions will be assisted. Psychologists and social workers will support schools. Special schools will receive special treatment.

The minister’s indeterminate language, that linguistic trick of politicians ... is meant to be vague in the face of much more elemental challenges.

Sometimes you need a voice from the ground to expose these fictions – like this educator from Mdantsane in the Eastern Cape who posted online after yesterday’s speech: “As a teacher in the rurals in a school with pit toilets, I am scared. Minister and her cabinet were not convincing at all.” In one short, pithy sentence the massive trust deficit between the government and the schools is exposed. How often and for how long have schools been promised that this dehumanising practice of pit toilets for our children would be resolved? The minister’s indeterminate language, that linguistic trick of politicians – “we are working closely with” other departments (transport, health, social development, etc) – is meant to be vague in the face of much more elemental challenges. Like fixing the 1,577 schools vandalised during the lockdown.

So what is this reopening all about? Read the (very poorly edited) media release of the minister’s statement: “There was always certainty that schools would have to be reopened … to cover the scope of the curriculum in saving the academic year.” There you are. It was never about saving lives. Stressed teachers are going to be forced to cram into the heads of anxious pupils the information in an already crowded CAPS curriculum. Heaven help us. Reduce the holidays, extend the year, said a senior official, and the children can make it all up. There is not enough time to re-set the matric examination, said a heavyweight.

My prediction is that the schools will reopen. That there will be spikes of infections in school hot spots around the country. Several schools will be closed and the academic year lost for many children. The only question that then remains is this: who will be held accountable for “this sort of thing”?

There’s no use reopening schools if there are no ...