Fear not, though, you can bet our leaders have it all under control in their yard full of sticks 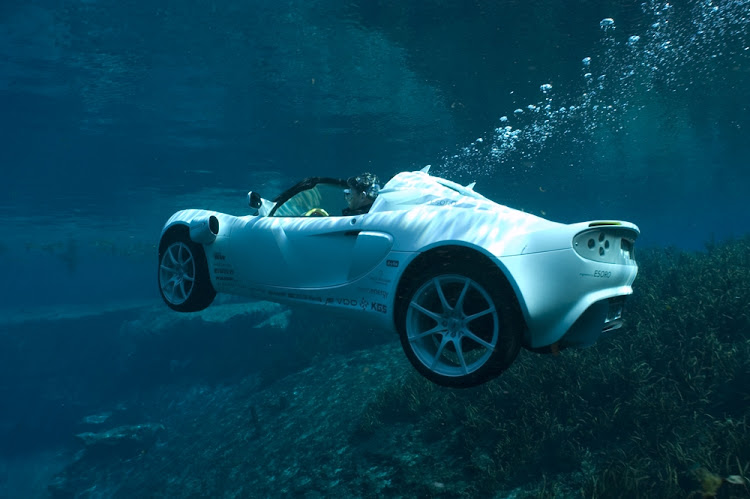 IT's FREEDOM OR DASHED A country split will create exciting new opportunities. For instance, you could make a dash for freedom in an underwater vehicle, but beware the submarines lurking off our coastline.
Image: Rinspeed

And so it begins: the great separation of the level 3 sheep from the level 4 goats.

Actually, I should be wary of such analogies: “sheeple” has become the favourite insult of the swivel-eyed conspiracy fringe on social media and I don’t want to suggest any kind of conspiracy whatsoever.

Which is why I also don’t want to speculate about why Cape Town’s infection and mortality figures differ so dramatically from those in the rest of the country. For now, I will leave those extreme disparities to the experts, who will, at some stage, explain them to the media, at which point we can all start shouting at each other about something new.

The point is, after Wednesday night’s address by President Cyril Ramaphosa, it now seems clear that, come June, various bits of the country will either progress to level 3 or remain in level 4.

We haven’t been told how these decisions will be made. It’s possible that the government has clearly defined yardsticks to judge each area’s progress, developed in consultation with the finest minds in the country. Perhaps there is just a clearly defined yard with sticks in it, around which the National Coronavirus Command Council wanders, basing its decisions on the flight patterns of swallows and how much Ebrahim Patel distrusts capitalism that day. I really don’t know. At this point I’m keeping my mind as wide open as it can go without falling out of my ears.

Still, decisions will be made and, at this point, promotion to level 3 isn’t looking good for Cape Town, Johannesburg or Durban.

Trawler captains in Hout Bay will soon be able to charge whatever they want to ferry cabin-feverish Capetonians to the Eastern Cape.

Then again, none of it is looking good. Because if you thought the country was angry and fractured now, you ain’t seen nothing yet: the day Bloem can buy booze, but Braam and Bellville can’t is the day the national temperature rises into the red.

Still, at least there’s the small consolation that a country split into Hunger Games districts, some freer than others, will create exciting new industries. Even now I expect there are dozens of mining engineers in Cape Town being hired to draw up blueprints for escape tunnels that will run from the City Bowl via Woolworths in Stellenbosch to the Northern Cape. Trawler captains in Hout Bay will soon be able to charge whatever they want to ferry cabin-feverish Capetonians to the Eastern Cape.

I’m joking, of course. Nobody is going to sail from Cape Town to the Eastern Cape: this week, a submarine was spotted lurking off the coast in False Bay and Kleinmond, suggesting that such dreams have already been torpedoed. Well, unless that was a submarine full of sailors from Simon’s Town making a break for Port Elizabeth and freedom ...

For now, however, all we can do is wait, wash, wear masks, watch the flight patterns of swallows and gaze at the government’s map, hoping that our particular red blob turns green or that our green blob doesn’t creep towards orange.

May the odds be ever in your favour.

Conspiracy theories are bad for us, but so is 5G

Daily briefings from Cyril? No thanks. Let’s keep ...

Lockdown: the what, why, when and where to from here