The fun fusion of tiddly songs and snooty send-ups can be too ...

A WORD IN THE HAND: SATIRE 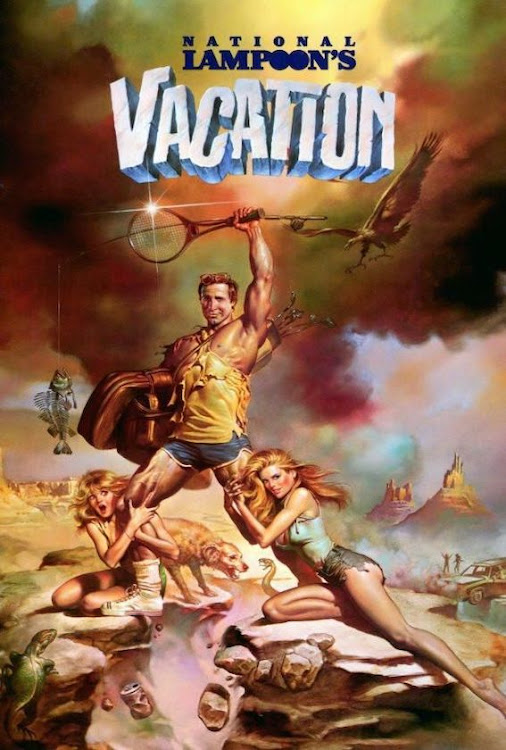 Mock-up The word 'lampoon' was made popular by the satirical magazine National Lampoon and the spin-off slapstick films starring Chevy Chase.
Image: Wikipedia

My satirical friend Simon and I have been debating whether it is possible to have such a thing as too much satire.

In these trying times there is so much irresistible potential for satire that the resulting deluge of fun-poking becomes quite satiresome.

I know people are trying to express solidarity and sympathy and all those good things but when every message you receive either starts or ends with the phrase “in these strange/terrible/trying times” it can sometimes get a bit much.

Those well-meaning folks aren’t even the satirists. There are some utterly inspired and priceless clips – such as the one with Donald Trump’s medical adviser looking stony-faced while emitting profane thought bubbles as her employer expounds on the benefits of a pint of bleach followed by a chaser of disinfectant – but as meme after meme scrolls across my screen I find myself becoming sated with satire and enervated by irony.

I become, in a word coined by the brilliant Marina Hyde of The Guardian, ironicidal.

It made me feel slightly better, although no less overfed, to discover that the term “satire” comes from the Latin lanx satura, meaning “a full dish” which in turn comes from satur, meaning “sated”.

This might explain why people feel the need to hold their aching stomachs after enjoying an extended belly laugh.

I don’t know if it’s to do with lanx satura, but I sometimes feel lank sated by all the funny stuff.

Samuel Johnson, who published the first comprehensive English dictionary, pedantically pointed out that what we call satire today – and what less erudite people must also have called satire in his era – is not in fact classical satire but lampooning.

“Proper satire is distinguished, by the generality of the reflections, from a lampoon which is aimed against a particular person, but they are too frequently confounded,” wrote Johnson in the 1640s.

It occurred to us that there is no word, as far as either of us is aware, for something that lies beyond the pale of ridicule because it has already, in and of itself, attained full ridiculousness.

I’m not sure whether Trump memes are aimed at a general concept (incurable idiocy) or a particular person, so when it comes to whether this is satire or lampoon, the jury remains out.

The word “lampoon”, made popular last century by the satirical US magazine National Lampoon and the spin-off slapstick film series starring Chevy Chase, comes from the colloquial French lampons, meaning “let us drink in a greedy, inelegant and undignified fashion”.

It is thought that this unbridled inebriation led to the singing of off-colour songs about people unloved by the tiddly singers, hence lampoon became a word for sending someone up.

Satire might once have been a more aristocratic form of lampoon, but humour is the great equaliser and these days the two are indistinguishable, particularly after a pint or four.

It is of course necessary to exercise our ability to laugh, particularly in these trying, strange and terrible times. But there really is such a thing as too much of a good thing, and as my friend Simon so astutely pointed out, there are also things so inherently absurd (read: Trump) as to be almost beyond parody.

While Simon and I were discussing these paradoxical things, it occurred to us that there is no word, as far as either of us is aware, for something that lies beyond the pale of ridicule because it has already, in and of itself, attained full ridiculousness.

What word could possibly describe a concept or person so powerfully absurd as to be neither lampoonable nor satirisable?

Simon suggested “parocidal” and “parodycidal” (meaning that to even try to ridicule such a buffoon would be akin to committing satirical suicide by setting your own pants on fire).

Perhaps you have other suggestions. In the meantime please don’t stop sending those satirical memes around. I have a feeling they are the only things keeping us sane in these strange, terrifying and incomprehensible times.

Love sprang from a taut union, and a tight Scott ...

Old shoe lugged into a car, as tronc is smuggled ...

Better the battering of smiths and lonely bakers ...

Furry better than spitty but you’re still being ...