Now that I’m learning to adjust to this new world, it is the old one that feels like the movie, the dream, the joke 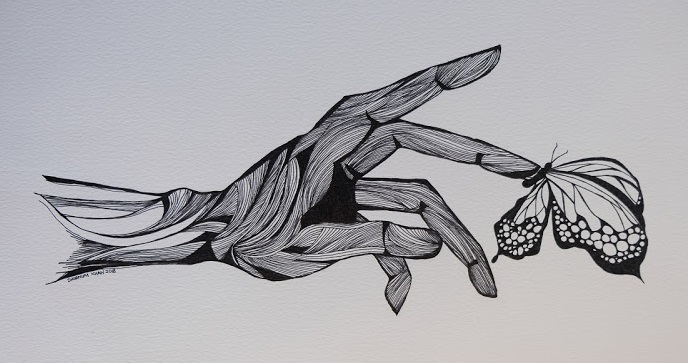 asocial butterfy Sometimes I still imagine I can hear it. An echo of the old world reaching out like a phantom limb.
Image: Shubnum Khan

This is the second of five essays that Times Select is proud to bring you this week, with insightful reflections and moving observations from five of Africa’s finest authors, who like the rest of us are locked down with their own thoughts.

It is my second week under lockdown in South Africa and while a number of my countrymen’s lives have changed drastically, I have to say it is not one I am unfamiliar with. I am a writer and I am an artist. And to do these things I mostly like to be by myself. So I have had years of experience sitting at home at my desk in my pyjamas avoiding people as best I can. I shop for groceries in the morning on weekdays, I have an off-peak gym membership, I know what time stores open, and I only socialise when absolutely necessary. I don’t have a partner or kids or any social obligations, so I can stay in the house for long periods without much interaction with the outside world except for Twitter.

But even I, with my years of experience indoors, went into a panic in the week leading to lockdown. I understood living inside, but I understood very little else. Everything was changing; schools closed, weddings were cancelled, countries shut down borders, and no one could plan for the future. I felt disorientated, like we had suddenly found ourselves on the edge of the world about to fall off. During this period someone tweeted about their two-year-old; the child, sensing something was off, asked questions such as “Dada, are you my dad?”, “Is today a day?” and “Where are we?” I’ve never connected so deeply with a child I didn’t know. Her questions summed up my bewilderment and inability to use language to express my state of mind. Is today a day? was the first sensible thing I had heard.

Sometimes I still imagine I can hear it. An echo of the old world reaching out like a phantom limb.

I began to lose sleep. I had long and convoluted dreams in which I was chasing something or something was chasing me. Then I started having dreams that I couldn’t keep my elderly parents safe. I dreamt our house was full of people and I didn’t know how to disinfect everything. I dreamt I was trapped in Italy. Once I woke up in the middle of the night to find myself searching the room for something, but I didn’t know what. Even while awake I still kept searching, my hands running over surfaces until I stopped myself and said aloud in the dark, “What are you searching for?” Now I think perhaps it was a way to recognise the world again.

In the first few weeks, I, like everyone else, kept waiting to hear this was a joke, that it was a dream, that we were in a movie, that we would wake up and everything would be normal. We would laugh and rejoice, relief etched in our faces. But now that a few weeks have passed and I am learning to adjust to this new world, it is the old one that feels like the movie, like the dream, like the joke. Did we really go outside? Did we really spend so much time away from home? Did we really shake strangers’ hands? Stand so close to people we didn’t know? When someone coughed why weren’t we afraid? Was that all a dream?

Isn’t it strange? We’re terrified of change yet we adapt so quickly that yesterday is already a memory.

There is a field opposite my house that is always full of people; joggers, soccer players and kids playing cricket. Now it is empty. Except for the odd vagrant the expanse of land is vast and its loneliness seems wild and desolate. Did people actually once jog out there? Were there kids playing cricket? Did we really go outside? Did we really sip lattes and wander around in parks and hang out with our friends? How were we so audacious, so confident in our freedom?

When my father looks out at the empty field he sings Jonathan King’s 1965 song, Everyone’s Gone to the Moon. The words seem haunting. Perhaps everyone is gone to the moon. Anything seems possible now. We’re at the edge of the world and we could fall off.

Where are we? Is today a day? 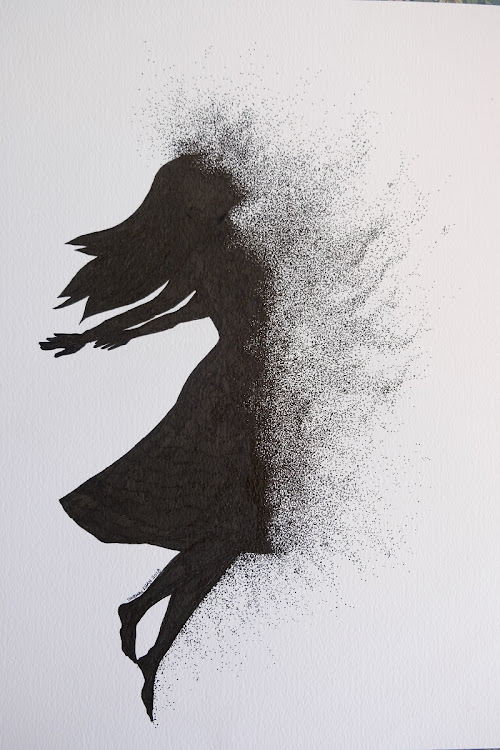 THE PAST IS FADING I have started to wonder if the outside will become a memory.
Image: Shubnum Khan

In the old world, in the afternoons I would hear the crack of a cricket ball on a bat and then a whoop of delight from the field outside. Sometimes I still imagine I can hear it. An echo of the old world reaching out like a phantom limb.

I have started to wonder if the outside will become a memory. A thing we talk about to our children. Tell them tales of the old days when we had parties, concerts, weddings and conferences. How will we socialise in the new world? I see photos of people serenading their partners in quarantine outside balconies, of kids talking to each other through fences. I miss face-to-face interaction, and I am certainly better at it, but I also feel like the quality of my friendships are beginning to improve. Without a modern world I wonder if we will be more lonely or less?

I went grocery shopping for the first time in weeks recently. There was a woman in the store who kept talking to everyone. She asked me about the broccoli, told people in the queue about her sick mother, complained to the cashier about her job; she talked incessantly and loudly as if she were addressing everyone in the store. It struck me that perhaps she had been so isolated that once she had found people she just wanted to connect. She spoke hurriedly as if worried we would disappear. And even I, as solitary as I am, enjoyed seeing other shoppers, smiled at the man spraying my cart with sanitiser and made small talk with the cashier. I suppose when you are on the edge of the world, it feels a little less scary when you know there are others out there with you.

These days I sleep better, but I still have nightmares. Just a few days ago I woke up and put my hands to my head and sighed in relief when I found my hair still there; in my dream someone had shaved it all off. I wake up some mornings with the words “It’s okay, it’s going to be okay” in my mouth.

I try to keep a routine. A routine keeps the world from shifting out of place and falling. I wake up in the morning and make my bed. I do yoga with my parents at 9am. I eat a bowl of oats. I try to work on a book I am contracted to write that’s due in September. But I struggle. It is hard to write a story when you don’t even know if it matters anymore. Do books matter when loved ones are dying? When people are losing jobs? When people are starving? When countries are crumbling? How to create a world when your own one is crashing? Will September even come?

Is today a day?

They say we are waiting for our peak. That like India and the US we are just riding the swell and that once our wave hits we can fall and join the other countries in the new world.

What will the new world look like? I climb onto my roof. I look out at the expanse of wilderness. Arundhati Roy says, we can choose to walk through the next world dragging our carcasses of our prejudice and hatred or we can walk through lightly, with little luggage, ready to imagine another world. I look out over the edge at the world ahead. I scan the skies. I squint. There is something there, a faint outline.

I close my eyes and imagine it.

Shubnum Khan is a Durban-based artist and author whose debut novel,  Onion Tears – about the lives of three generations of Indian Muslim women in SA – was shortlisted for the Penguin Prize for African Writing and the University of Johannesburg Debut Fiction Prize.​

Sometimes it’s the rebels who help the cause

Calm down, SA! Lockdown laws may be nasty, but they’re not Nazi