Solani Samson Mthombeni: The man, the village and his acoustic ...

Solani Samson Mthombeni: The man, the village and his acoustic guitar 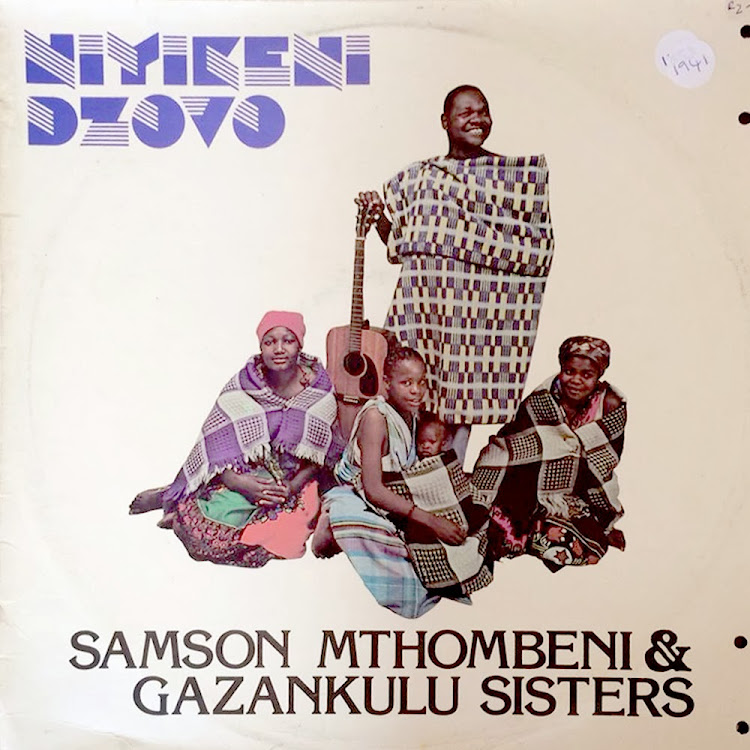 Traditionalist Samson Mthombeni was 'drenched to the bone in the music and traditions of his people'.

In 1938’s Sasavona, the first Xitsonga novel by a native speaker, the Bungeni village of Limpopo is depicted as a hotbed of Xitsonga culture by Daniel Cornel Marivate.

The novel is about an ungovernable character, Sasavona. Her life was the embodiment of conflict between the majagani, who converted to missionary Christianity, living in mission stations, and the vahedeni, who refused to convert, living in “heathen” villages, such as Bungeni.

The clash of ideologies cuts through many pioneering works in African literature, notably Esk’ia Mphahlele’s Down Second Avenue, Chinua Achebe’s Things Fall Apart and Ngũgĩ wa Thiong’o’s The River Between.

At the turn of the 20th century, the great Chief Bungeni Mabunda, son of Nkongonyi, systematically inculcated a sense of pride for culture, land and tradition among his people. This in the face of the encroaching Boer republic and the proselytising onslaught of the Swiss missionaries. The latter were especially averse to indigenous culture. Renowned Swiss missionary Henri-Alexandre Junod once described indigenous African music as the “whooping, howling, of all the most hideous noises of which the human throat is capable ... a sort of song without melody in which violent inhalations and guttural sounds abound”.

Seven years after the publication of Sasavona, on October 31 1945, Solani Samson Mthombeni was born into that vibrant fountain of Xitsonga culture, ka N’wa-Xinyamani, then part of Bungeni village. He was the third child of Mathavheni Mthombeni and his wife, Makhanani Mthombeni, née Chabalala.

To announce the birth, the sound of the big drum reverberated across the village. A few weeks later, the village descended on the Tshwungu (Mthombeni clan name) homestead to observe the slaughtering of the thanksgiving goat — mbuti ya xidzwele. At that ceremony, the newborn was introduced to the clan and to those John Mbiti described as “the living-dead” in his African Religions and Philosophy.

To announce the birth, the sound of the big drum reverberated across the village.

From a young age, Mthombeni was soaked in the sounds of xigubu (drum), timbila (xylophone), xizambi (mouth bow), xitende (musical bow) and xitiringo (flute). He grew up listening to communal chanting and indigenous singing. Born into a family of musicians, composers, singers and dancers, Mthombeni was drenched to the bone in the music and traditions of his people. For him, music and art were woven into the very fabric of what it meant to be alive and human.

His cousin, Daniel N’wa-Vuswa Mthombeni, a xylophone virtuoso, was one of the earliest and perhaps the most enduring musical influences in the life of the young Mthombeni. But the youngster’s instrument of choice was not the xylophone. He preferred the traditional drums, the singing voices and his trademark acoustic guitar. Instead of the thundering and domineering sounds of electric lead and base guitars, Mthombeni preferred the softer rain of acoustic guitar chords.

His signature guitar sound always took its cue from the drums and not the other way around. In turn, the drums were attuned to the rhythm of the muchongolo dance, while the accompanying vocal interventions were set to the communal call-and-response structure. In other words, Mthombeni’s musical style was a type of homage to his cultural heritage. While relying on the acoustic guitar, he nevertheless used it to enhance and not erase the triads and cadences of his African musical repertoire.

As he grew older, Mthombeni would learn that a man could not live on culture and music alone. While rich in the former, Bungeni, like its surrounding villages, was poverty-stricken, with little potential for economic development. Chief Bungeni had succeeded in keeping the influence of the whites at bay for the longest time, but hunger and want would push and pull many of his subjects towards urban areas, where an impure culture and white employers awaited them.

Thank you for the music #SamsonMthombeni. Thank you also for teaching us to embrace authenticity. Heartfelt condolences to the family, friends, colleagues and fans. #RIPSamsonMthombeni pic.twitter.com/cElIalLAu8

In the absence of education opportunities, Mthombeni soon joined his friends on the weekly 35km walk from Bungeni to the Kwateba Recruitment Centre, and back. There they would stand in line, stomachs in chests out, each one of them hoping to be chosen by white labour brokers representing the mines of Johannesburg and Kimberley. That is probably how Mthombeni ended up being an inmate of Gauteng’s infamous Dube single-sex hostel in the early 1980s. From there, he worked for various entities as a labourer, including the South African Railways. He also had a stint as a taxi driver.

Yet, however hard he tried, he could not silence the beating drums and the strumming acoustic guitar lying deep in his soul. With his instrument strapped onto his slim body, Mthombeni soon became a part of the post-1960 musical circuit of the South African townships, so well captured by David Coplan’s classic, In the Township Tonight.

However, neither his spirit nor his musical bias ever left Bungeni village. Several political, cultural and natural events that occurred between 1960 and 1990 found expression in Mthombeni’s lyrics. The following examples may suffice: Rivolwa idilikile, Mintirho ya Vulavula, Mangava ya Black Power.

As he grew older, Mthombeni would learn that a man could not live on culture and music alone.

To appreciate the musician properly, we have to recognise him as the first among several equals. In the villages within a 30km radius of Bungeni village were several notable musicians and artists. Among them were the late Daniel Cornel Marivate, one of the greatest composers of choral music in SA; the late Obed Ngobeni, also from N’wa-Xinyamani, composer of Ka-Zet, which was later covered by the late Mahlathini, Harry Balafonte and Lizzy Mercier Descloux; Xihumbuyani Joel Khalanga; Chaka Mkhavele; tenor Musa Nkuna, now based in Germany; rapper and writer Sho Madjozi (Maya Christinah Xichavo Wegerif); celebrated sculptor Jackson Mbhazima Hlungwani; and poet and folklorist Daniel PP Marholeni.

When the history of Bungeni and the surrounding villages is written, , deputy finance minister David Masondo, communications director-general Robert Nkuna, Limpopo treasury chief director Rhukanani Mabunda, Vodacom HR executive Fanisa Nkuna, former Gauteng premier Mbhazima Shilowa and I may be exposed as some of the least talented among those who hail from that area.

By way of contrast, the name of Solani Samson Mthombeni should be written in gold. Everything about him, from his music to his gender-defying sense of dress, was a testament to the artistic creativity and cultural integrity of the people who hail from that part of our country.

Prof Tinyiko Maluleke is a senior research fellow at the University of Pretoria’s Centre for the Advancement of Scholarship. He writes in his personal capacity. His Twitter handle is @ProfTinyiko.

Rest in harmonies: the axe has fallen on one of ...

Instead of a virus national command, what SA really needs is a ‘Goat’