Bad apples and ignorant fools, part two: No vax against ...

Quack theories are impossible to cure, even with truth 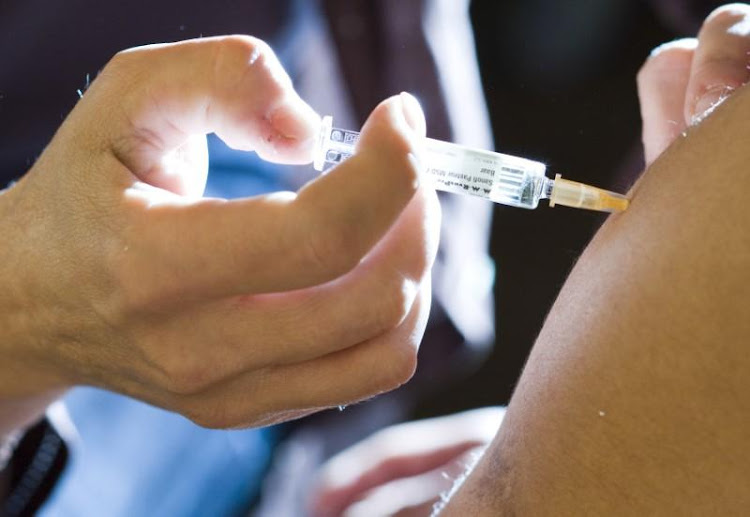 burden of proof What is the anti-vaxxer movement making of the ugly pandemic?
Image: Reuters

I recently fell into a Facebook trap I have managed to evade for quite a few years.

A man I don’t really know (my sister’s classmate from university) and who has long since downgraded to the UK (long may he stay there) posted a provocative comment saying the South African government was lying to us about how many people here had died from Covid-19.

Incensed that he was unjustly spreading mistrust of the government stats, I took a deep breath and calmly responded with facts, figures, logic and reason. I should add that the debate was not about issues such as the army and police, and whether they were abusing their powers. It was on the number of deaths.

His immediate response made me kick myself that I had engaged at all: full of expletives and insults, he stuck with his theory. The South African government, with malicious intent and for political gain, was hoodwinking us and covering up the great many deaths that had resulted in this country from the pandemic.

Once again, I had to school myself in the reality of the world we’re living in: there are people whose brains are so tightly bound up in their own ignorance that they believe their opinions carry the same weight as scientists, researchers and many others who are immersed in technical fields. Anyone who sees it otherwise has blinkers on.

My mind was now infested with the despicable anti-vaxxer movement, which has given rise to the spread of diseases that were all but stamped out (thanks to the brilliant minds of well-meaning scientists).

According to the World Health Organisation (WHO), “a global resurgence of measles, one of the world’s most contagious diseases, threatens the huge gains made in fighting the virus in recent years. It is preventable by vaccine, and between the years 2000 and 2018, immunisation against  measles alone is estimated to have saved about 23 million lives.”

What I never grasp about anti-vaxxers is their innate belief that they know something the rest of us don’t.

What I don’t grasp about anti-vaxxers is their innate belief that they know something the rest of us don’t. I’m never sure if they still believe the fake study published in The Lancet and then later retracted, or if the study simply provided confirmation bias for their belief that the government and pharmaceutical companies were out to get them.

The study, which claimed the measles-mumps-rubella (MMR) vaccine created a risk of autism, was later revealed to have been falsified for Andrew Wakefield’s (the lead researcher) financial gain. Yet, to this day, members of the anti-vaxxer movement are alive and kicking, spreading fake news on social media and denying their children shots.

So with Covid-19 taking its toll on the world, will they be provided with enough evidence that a pandemic and the spread of disease is ugly? Or might they be the same people peddling the notion that the virus was conjured up in a laboratory to destroy this one or that one?

Just as worrying as these conspiracy theories about pharmaceutical companies, governments and evil scientists growing nasty bugs to kill people are stories in mainstream media that are so inaccurate as to be hugely irresponsible.

I cannot help but reference the recent fiasco in which a journalist got the wrong end of the stick about Bill Gates and his Covid-19 philanthropy in Africa. The “facts” of the story, that Gates was going to use Africa as a “testing ground” for Covid-19 vaccines, set off a chain reaction of malice and hatred on social media. Trevor Noah, who had interviewed Gates, said he received death threats in the wake of it all.

But I can’t help wondering ... did those peddlers of fake news who had been so mean feel guilty after the journalist’s employer apologised for the story? Or did they come up with a new theory to support their belief that Gates was up to no good and the retraction of the story was another tactic by “the enemy”?

I saw one troll on Facebook who met every fact presented to her with another conspiracy theory. She had her view on Gates using Africans as guinea pigs and, boy oh boy, she was sticking to it.

Sometimes I wonder if there isn’t someone in a basement somewhere laughing in a hoodie, having made up the 5G theory to see how far it would travel.

I have seen the same pattern with the theory that 5G caused the novel coronavirus. One would think the burden of proof should fall on those making the claim, but somehow their argument is always along the lines that those who don’t believe 5G is the cause are being duped by someone with ulterior motives. Sometimes I wonder if there isn’t someone in a basement somewhere laughing in a hoodie, having made up the 5G theory to see how far it would travel.

Whenever I dwell on the psychology that lies behind conspiracy theories that draw people into a type of “madness” (for want of a better word), I am reminded of the brilliant book I read earlier this year called Educated. It’s an exquisitely written memoir by American author Tara Westover, who grew up in the mountains with parents who believed the world was going to end, and that school, birth certificates, hospitals and vaccinations were the devil’s work.

Her mother’s belief in herbal tinctures to treat even third-degree burns has provided my own brain with some comic relief as I try to understand the mentality.

“Leg hanging from a thread after an industrial accident? No worries. Just take a dash of lobelia essence and it will all be fine in the morning.”

The next pandemic is a beast lying in wait, warn ...