Ndabeni-Abrahams is a huge, embarrassing misfit in cabinet. Fire ...

Ndabeni-Abrahams is a huge, embarrassing misfit in cabinet. Fire her!

She has made the headlines too many times, for all the wrong reasons. The latest one could be dire for SA 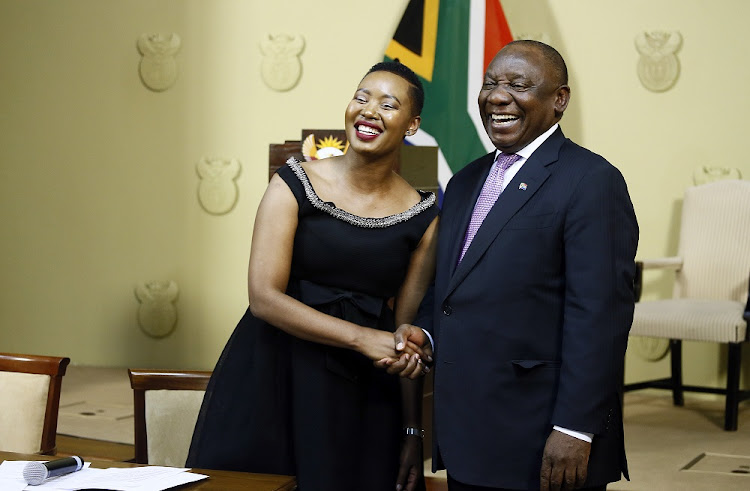 Why Stella Ndabeni-Abrahams is still in cabinet remains the biggest mystery of Cyril Ramaphosa’s New Dawn.

She has embarrassed Ramaphosa and his government several times before, and she is capable of causing more damage.

The latest episode is an indication that Ndabeni-Abrahams has no sense of occasion, and that she has no grasp of the task on her shoulders as a senior official in government to lead by example.

How will President Cyril Ramaphosa stand on a podium and order ordinary South Africans to stay at home when one of his ministers has no regard for the national lockdown regulations?

The excuse given by her friend, former deputy minister Mduduzi Manana, that Ndabeni-Abrahams went to his home to collect protective gear for students she was working with, is pathetic – and the president must not accept it.

There have been many signs that Ndabeni-Abrahams is a misfit in Ramaphosa’s government, but for some reason no action has ever been taken against her.

A few months after she was appointed minister for communications, Ndabeni-Abrahams must have thought the position made her the SABC’s editor-in-chief.

She blocked the broadcaster’s video journalist from taking footage of protesters outside the office of the ANC in the Eastern Cape in February 2019.

She was not done. Later that year she complained about journalists who were taking pictures of her flame-engulfed Mthatha home, a clear attempt by the minister of communications to sensor the media from doing their job.

As if that was not enough, a Sunday publication revealed how she took her husband, Thato Abrahams, with her to Geneva, and that her husband used a chauffeur-driven, state-sponsored vehicle to go to France for a shopping spree.

Ramaphosa must look at the precedents that have been set in other parts of the world when influential leaders breached the regulations.

There were no reports of Ramaphosa having reprimanded Ndabeni-Abrahams when the above-mentioned embarrassing moments made headlines.

Ramaphosa must look at the precedents that have been set in other parts of the world when influential leaders breached the regulations. In New Zealand, Prime Minister Jacinda Ardern demoted her health minister, David Clark, after he drove his family to the beach 20km from his house, breaching the country’s lockdown rules. In Scotland, the country’s chief medical officer, Catherine Calderwood, stepped down after photos of her visiting her second home were published.

Ndabeni-Abrahams’s actions could have dire consequences on our shores. What could stop citizens from breaching the regulations if she could get away with such?

We come from an era when leaders acted with impunity. Ramaphosa promised us a clean government that would not tolerate such actions. Fire her, Mr President!

This gala dinner should be some bash with Manana ...