Like legends who shrank from their magnum opus, we all wage a ...

Like legends who shrank from their magnum opus, we all wage a lonely battle

As we face 21 long days, the story of Joe Gould and Joseph Mitchell is a parable of human frailty and failure 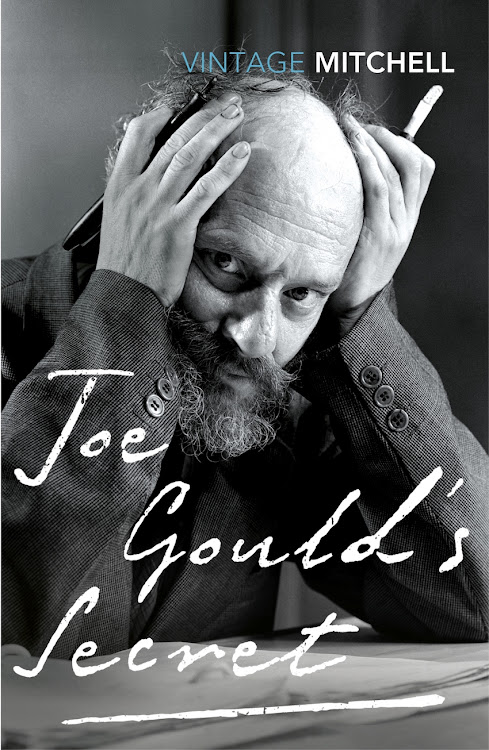 No conclusion Joseph Mitchell's 1964 feature on Joe Gould was expanded into a book, 'Joe Gould’s Secret', describing his own efforts to track down the latter's missing manuscript.
Image: Penguin

I apologise for the column today – I know that the only thing on everyone’s mind is Joe Gould, and the last thing you need on your first weekend of lockdown is still more Joe Gould reading matter, but Joe Gould fascinates me, and so does Joseph Mitchell.

Sometimes I think I am Joe Gould, sometimes I’m more Joseph Mitchell. Maybe there’s a little of Joe and Joseph in all of us.

Joseph Mitchell was a legendary staff writer for The New Yorker for 58 years. Janet Malcolm describes the awe with which new writers peered at his closed office door, listening to the sounds of a typewriter issuing from within, lingering near the elevator, hoping for a glimpse of him.

Joseph’s beat was creative non-fiction. He walked the crowded streets of downtown Manhattan, haunting the docks and Fulton fish market, not looking for stories as much as he was looking for people – people were stories, he figured. He wrote about Mazie, who took tickets at the Old Venice theatre; he wrote about Sloppy Louie, who ran a restaurant in the fish market; he wrote about 32 waterfront rats who arrived on a ship from Casablanca. He wrote beautifully, seemingly effortlessly, with elegance and humanity. And in 1942 he wrote about Joe Gould.

Joe Gould was a Greenwich Village character. He had a phenomenal memory and claimed to be the world’s leading authority on the behaviour and language of seagulls. He claimed to have translated Longfellow into seagull, and gave recitations at cocktail parties, accompanied by an elbow-flapping, shirtless seagull dance. He often wore a shapeless slouch hat that his friend the poet EE Cummings had given him.

Joe Gould was born to a wealthy family but since coming to New York he had become an alcoholic and slept in flophouses and doorways. Each night he had a regular circuit of establishments he visited to cadge money for The Joe Gould Fund for Purchasing Alcohol. He wrote poetry and essays, but whenever he was offered employment he refused, for fear it would impinge on his grand project – The Oral History of Our Times.

Joe Gould loved people. He liked to touch them, talk to them, listen to them. He believed the real history of the world was not to be found in the doings of the powerful but in the thoughts and experiences of regular people, working people, weirdos and walkers and artists and whores. “I define history,” he wrote, “as anything which illuminates human nature.” For 30 years he’d been overhearing conversations and transcribing them in exercise books which he stashed away for safekeeping. “I would like to widen the sphere of history,” Joe Gould said, “as Walt Whitman did that of poetry.”

He concluded that Joe Gould could write small pieces and poems, but when it came to the great idea, the magnum opus, he was too afraid and hid from it in drinking and talking.

By the time Joseph Mitchell wrote about him in 1942, his manuscript was an estimated 9 million words long, the longest unpublished manuscript in the world.

After Mitchell’s profile a number of publishers tried to publish the Oral History, but nothing came of them. An anonymous benefactor sponsored Joe’s life and writing, but his mental health declined and his behaviour became more erratic. He and Joseph continued a vexed relationship until Joe’s death in 1957, when the manuscript was an estimated 20 million words long.

In 1964 Joseph Mitchell wrote about him again, a long feature – expanded into a book – called Joe Gould’s Secret, describing his own efforts to track down the missing manuscript. He concluded sadly that Joe Gould never wrote a manuscript, that it was all talk. He concluded that Joe Gould could write small pieces and poems, but when it came to the great idea, the magnum opus, he was too afraid and hid from it in drinking and talking. (For what it’s worth, the splendid American historian Jill LePore wrote a 2016 book titled Joe Gould’s Teeth, in which she concludes that he did write it after all, or some of it. She also notes that he was a more unpleasant character than he is portrayed in Mitchell’s writing.)

Joseph Mitchell wasn’t critical of Joe Gould for deceiving him. Joseph Mitchell understood human frailty and failure. He was annoyed and irritated by Joe Gould, and towards the end he dreaded their encounters, but he never judged him. He confessed in his piece that he himself had been trying to write a book. It would be an ambitious venture, a great novel of New York. But he had failed, and then his nerve had failed, and the failure had broken him.

After Joe Gould’s Secret in 1964, Joseph Mitchell never published another word. So respected and beloved was he that he kept his staff job for another 32 years. Each day he came to work in suit and tie, went into his office, closed the door, and began typing. Everyone – colleagues, readers, successive editors – pulled for Joseph Mitchell to beat the block, to mend the break, to win the long lonely locked-down battle with himself in that tiny office. Each day he emerged, straightened his tie, and left the building with no pages to submit. He died in 1996, still on the job.

We’re all going to face our own lonely battles in the weeks and maybe months to come. For some of us it will be all our lives. Some of us will triumph but more of us won’t. Let’s be kind to each other, mostly to ourselves. Let’s forgive. Let’s let each other be human beings.

Lie me to the moon: often it’s the untruths that ...

A time of phlegm-free flights and the viral ...

I’m not a dog person, but things have turned a ...

For a penniless pal I offer the Hallelujah moment ...

Here we go, into an ellipsis ... hoping one day there’ll be a full stop.

Less is Mir: if you think your lockdown is bad, consider this poor guy