Even a lockdown won’t save SA if it’s done without proper ... 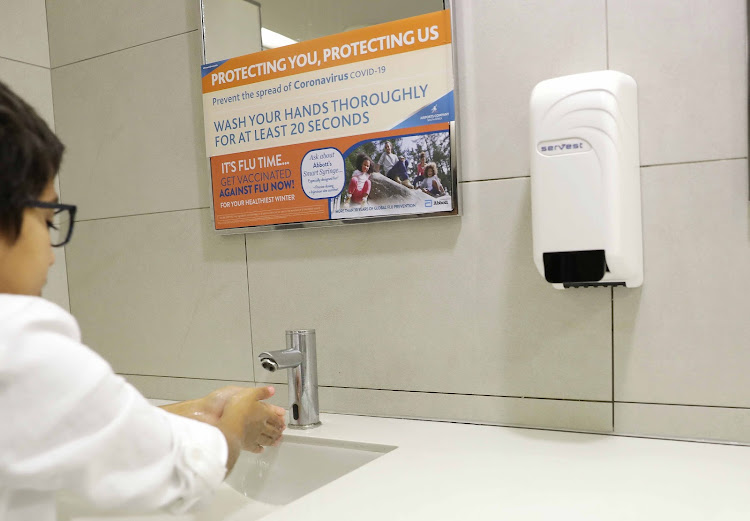 CLEAN LIVINg 'Our country has no choice but to rely in the first place on devising an effective public communication strategy, aimed at educating and persuading the population to change entrenched habits.'
Image: Esa Alexander

Above all else, South Africa’s battle against Covid-19 will be won or lost on the public information front.

Experience from elsewhere shows that in confronting this crisis, society can rely either on the employment of draconian (if not necessarily illegal) measures, or, on the other hand, the large-scale cooperation of citizens armed with clear and appropriate information.

China, the first country affected, and where infection rates appear to be slowing down dramatically, falls in the first category. Italy, now the pandemic’s European epicentre, initially took a different approach, eventually deciding on a countrywide lockdown.

South Africa, where the government often chooses interminable consultation before enforcement, falls in the same category of open societies as Italy – whose first instinct is to eschew heavy-handed intervention.

The campaign must also address the sterile, time-wasting blame game about who ‘brought’ the virus into the country.

But irrespective of the above, our country has no choice but to rely in the first place on devising an effective public communication strategy, aimed at educating and persuading the population to change entrenched habits.

Given our ingrained culture of disrespecting and defying authority as it imposes its will, the state would need enough security forces to police every street of every suburb, township, shack land or village – which it does not have in light of other pressing security obligations.

The first-phase decisions taken by government (such as the declaration of a state of disaster) were necessary but are woefully insufficient to halt the advance of the disease.

What we need, therefore, is an action plan that ensures that life-saving information reaches everyone, so they can police themselves and be watched over by their families, friends and communities in general. For even under lockdown, progress will be extremely difficult with an uninformed and uncooperative citizenry.

While arming citizens with knowledge, such a campaign must seek to aggressively debunk the many myths about the disease. These include “magic” diets and black people’s purported immunity to the virus.

Add to that the belief that older people are at greater risk than everyone else, inadvertently giving young people the false impression that they have nothing to worry about. This despite the fact we have many people, young and old, already immunocompromised for different reasons.

South Africa is doing its bit. It’d be nice if all its leaders were...

The campaign must also address the sterile, time-wasting blame game about who “brought” the virus into the country.

Because we are racing against time, the communication strategy required has to ensure real, coordinated mass communication rather than the current stuttering and splintered version, which risks leaving too many information gaps in society.

It must ensure that reliable and accurate information reaches every South African in the shortest possible time – irrespective of their social or economic standing.

Instead of the low-key, tentative iteration, is it not time to, in a manner of speaking, hit people over the head with the core messaging around the virus? Our messaging should be unrelenting and writ large on every highway and billboard. Surely marketers would not mind surrendering their properties, including prime space, at this time?

It should be in every shopping centre and store – and not in A4 and 10-point font size, please. Did we not do this for the Soccer World Cup, among other events? And we do it regularly at election time.

Also, is it not time for the media to reflect on its scoreboard mentality in tallying the number of confirmed Covid-19 cases?

But SA Inc’s messaging must also be differentiated to take into account the varied social conditions of South Africans, including their transport modes and living conditions, among other things.

One of the core messages today is to maintain “social distance” and to avoid “crowded places”. But what advice and what solutions are we giving to millions of fellow citizens who have no alternative but to use the crowded public transport system? Or those who live in places where self-isolation is well-nigh impossible?

Also, is it not time for the media to reflect on its scoreboard mentality in tallying the number of confirmed Covid-19 cases?

To report, every time without the context of the larger number of asymptomatic patients, that just a few hundred or so people out of 55 million are infected is hardly a way to inject urgency in the public psyche. “Crisis? What crisis?” they might be justified to ask.

Given its urgency, the mass communication task cannot be left only to government, despite its good intentions. This is for a variety of reasons, not least of which is its bureaucratic malaise.

SA has got more than enough mass communication expertise and resources to pull off such a campaign.

SA has got more than enough mass communication expertise and resources to pull off such a campaign. All we have to do is bring together all role players and leaders in the communications field. These include journalists and their media organisations, public relations practitioners individually and through their representative bodies and the many communications specialists.

We must pool and use maximally the collective resources of companies, particularly in the media, communications and telecoms space. For responsible corporate citizens, this should be about saving lives first and foremost, rather than waiting to make a quick buck from government advertising spend.

It behooves all who are communicators to step up to the plate. If they do, many thousands of lives will be saved – which is what ubuntu is about, after all.

Mike Siluma is a news commentator and previous chairperson of the SA National Editors’ Forum and the National Association of Broadcasters. He is the host of Karibu on Kaya FM 95.9.