South Africa is doing its bit. It’d be nice if all its leaders ...

South Africa is doing its bit. It’d be nice if all its leaders were too

Ordinary people are trying to heed the call, but it’s hard when those in charge openly defy the new normal 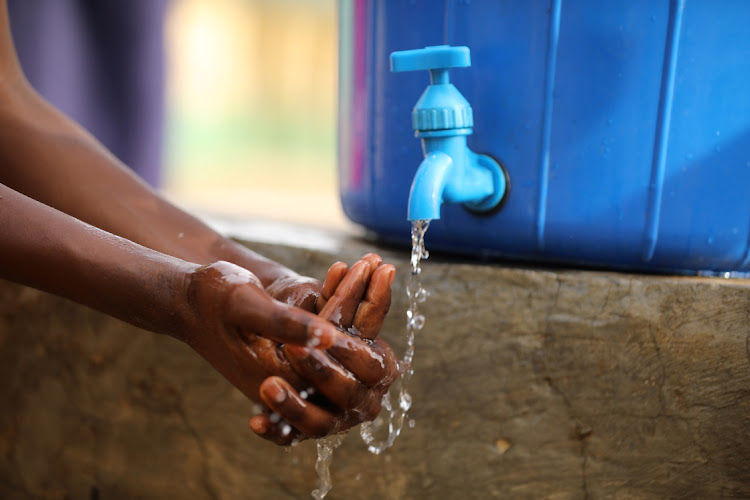 Catching When I wash my hands I expect that the next person is also doing the same and that they are limiting their exposure to the virus.
Image: Reuters/Afolabi Sotunde

The government is not asking too much of our people to protect themselves from contracting Covid-19. Stay at home, don’t drink after 6pm in public spaces, limit contact with large crowds. Are South Africans heeding the call? I went to find out.

You had to be pretty focused if you wanted a beer or some other alcoholic beverage anywhere in Hammanskraal, just north of Pretoria, after 6pm last Friday.

It was two days after the great Covid-19 Prohibition of 2020 had been announced. A friend who used to sell booze illegally in the 1980s laughed: “They tried to stop us in the 1980s and 1970s by saying we will go to jail. Now they are saying we will die? It won’t work.”

He was being hyperbolical, of course, but the air was indeed thick with threats. Police minister Bheki Cele had said religious and business organisers who did not heed the national disaster procedures to not congregate or sell booze after certain hours would be arrested.

The new regulations said restaurants, bars and taverns cannot sell alcohol after 6pm. Even if you bought your poison before 6pm, you couldn’t consume it on the premises after that time. You had to ship out.

“After 6pm you can still drink your alcohol, but only at home, nowhere else,” Cele said. By 8pm last Friday the entire of Hammanskraal was a ghost town.

I was suspicious. In my drive through the eight or so villages between the N1 highway and my mother’s village earlier that day I had seen loads and loads of people doing the exact opposite of what the president of the republic and his cabinet had entreated. Taxi ranks and bus terminals were packed. Shopping malls were abuzz with activity. Social distancing was something that you heard spoken about on television or radio.

Jubilee Mall, the biggest shopping centre in the area, was filled to the brim with shoppers. “Quarantine?” someone joked. “What is that?”

Taxi ranks and bus terminals were packed. Shopping malls were abuzz with activity ... ‘Quarantine?’ someone joked. ‘What is that?’

Yet that evening the entire place was quiet. My friend and I tried the local places in Temba – Tshepi’s, BarKode, Thapelo’s, etc – and they were all shut. A few motorists were parked outside some of them, with their cooler boxes full of booze bought before the cut-off hour, playing music. A cop came by and told them to hop off and consume at their homes.

We kept on searching. We rootled about in Maubane, near the Carousel Casino, just driving around in the dark streets, and found nothing. Then on to a very poor, rural village with no lights or electricity called Bosplaas.

We saw a bunch of diphiri (hyenas – Sotho for men who dig graves overnight before the burial). They were lugging a case of Castle Lager to help them through the heavy night work. We asked them where they got the beer.

“At the shebeen. Turn right, then immediately left. It’s very dark but keep going and you will see some guys standing around,” one of them answered. We drove. In five minutes we got to it.

It was a shebeen. You could go inside and sit and have your drink, or hang around outside and have a conversation while getting smashed. The menu was slim: Black Label or Castle Lager and the cider Savannah. Nothing else.

So out of about 20 licensed taverns and restaurants we visited, all were shut down. The one place which was selling was an unlicensed shebeen that had been operating illegally anyway. It’s not a bad hit rate at all. There is compliance. It is the malls, the taxi ranks, the transport that are a major challenge – and the problem there is that our people are forced to go to work or have zero income, transact and use the public transport system that is most likely to spread the virus.

All this got me thinking. The whole idea of washing our hands, self-quarantining and other actions is a social contract. When I wash my hands I expect that the next person is also doing the same and that they are limiting their exposure to the virus. People are trying. Yet when they see a cabinet minister, as we saw this weekend, flaunt the fact that she is going shopping in defiance of government protocols, then that social contract gets broken.

Many of us have warned again and again of the disaster that will befall us if this virus overwhelms us and our healthcare system. To his credit, health minister Dr Zweli Mkhize has risen to the occasion magnificently in confronting the facts openly and with steadfastness. But worse is coming.

We need to continue to press our people and our leaders to do things differently. The new normal should be unconventional and agile. The new normal leads by example. We have never needed unity of purpose as much as we do today.

The construction mafia run wild, but Cyril and ...

Tito is a national treasure. Now he just needs ...

The Zuma flunkeys are bleeding out – so why is ...

I found out first-hand the hell of sick hospitals ...

Ramaphosa’s response to Covid-19 gets a huge thumbs-up