Government’s ruling won’t stop misinformation, which is why we need to practise basic info hygiene 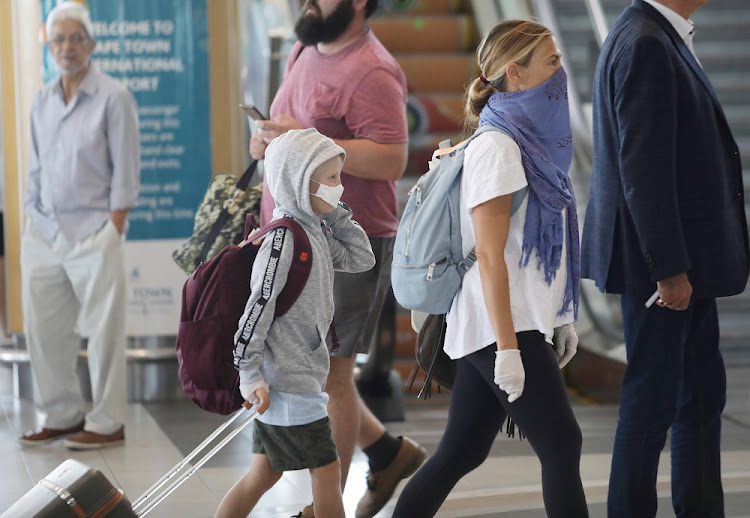 what lurks beneath? Passengers are firmly masked up at Cape Town International Airport.
Image: Esa Alexander

Yes, it’s a very good step, and not just because it clears the channels of communication to allow lifesaving facts to be disseminated. It is also a powerful blow against opportunists who want to use this crisis to sell a product or gain prominence in their right-wing silos, cutting them off at the knees or driving them underground where they can inflict much less damage to the country as a whole.

According to the new ruling, gazetted on Wednesday, there will be legal repercussions for “any person who publishes any statement, through any medium, including social media, with the intention to deceive any other person about (a) COVID-19; (b) COVID-19 infection status of any person; or (c) any measure taken by Government to address COVID-19”.

As I said, this is obviously a good step. But there does seem to be a nasty little loophole in the middle of this regulation; one that you and I, and everyone else who disseminates information, must try to shore up.

It is, simply, that phrase, “with the intention to deceive any other person”. Because, of course, the overwhelming majority of people who share fake news online are not doing it to deceive anyone. They’re doing it because they believe the information is true, or they’re uncertain about it and want someone else to confirm or refute it, or they think it’s idle gossip or obviously silly entertainment and isn’t harming anyone.

Which is why fake news will continue to be shared in the coming weeks: deliberately deceitful fake news is one thing, but it will be almost impossible to police the sharing of lies or manipulations by people who do it out of credulity, naiveté or, as I think is often the case, because they mean well and want to keep their online friends abreast of the “news” they think is important.

And this is why we must continue to push back. That starts with reminding everyone we know of one of the most important but overlooked facts of the internet: that you are legally responsible for what you post. The moment you write, copy and paste, share, or retweet something on Facebook or Twitter, you are bound by the same laws that apply to publishers or advertisers putting things on billboards. You are, in effect, attaching your name and reputation – legally – to the information you’re publishing or re-publishing.

For example, if they’re the CEO of a tech start-up with degrees in law and finance but they’re writing about virology, don’t pass it on.

If you’re happy to proceed, then please try to practise some basic information hygiene.

If you can’t verify the credibility of the writer or the source, don’t pass it on.

If the writer is highly qualified, but their qualifications don’t have anything to do with the topic they’re addressing (for example, if they’re the CEO of a tech start-up with degrees in law and finance but they’re writing about virology), don’t pass it on.

If their claims sound dramatic, Google those claims and if you find nothing about them on any mainstream news site, don’t pass them on.

Finally, if the information you want to share is emotive – if it makes you feel angry or frightened, or wants to you assign blame somewhere – then it was designed to make you feel those things and can’t be trusted as good information, so don’t pass it on.

Don’t pass it on.

This is guerrilla warfare, and each one of us ...

Hey, maybe load-shedding is a chance to unplague …

Hoping Covid-19 carnage will save the planet? ...