FREE TO READ | OBITUARY | Amplats soon realised that when they got Geraldine Bennett across the table, they’d met their match 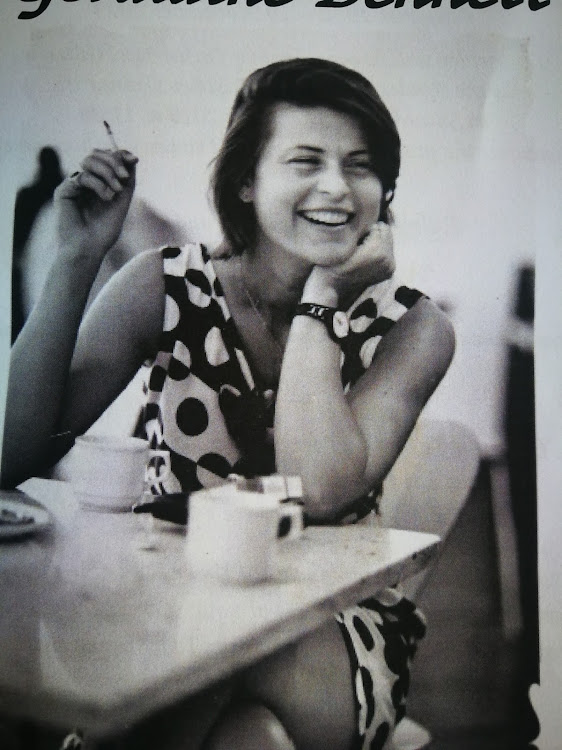 No nonsense Environmental activist Geraldine Bennett had strong ideas about right and wrong and no grey areas.
Image: Supplied

Geraldine Bennett, who has died in Groot Marico at the age of 57, was one of SA’s earliest and most effective environmental activists, whose refusal to be silenced by death threats drew comparisons with US activist Erin Brockovich, made famous by Hollywood.

Bennett’s greatest achievement was to blow the whistle in 2003 on how the activities of Anglo American Platinum, and particularly emissions from its smelter, were poisoning communities in and around Rustenburg in North West.

At the time the platinum industry was seen as the new saviour of the SA economy, and Amplats was its darling.

It wielded enormous power and influence and was considered, not least by itself, as untouchable.

Alerted by stories of sick children, schools having to close down and alarmingly reduced lung capacities, she arrived in town to investigate and interrogate Amplats executives, whom she found smug, arrogant, patronising and evasive.

They soon realised they had met their match, however.

Bennett was no bunny hugger. She understood the economic importance of mining for SA. She supported nuclear energy and fought to save the pebble bed modular reactor at Pelindaba. She worked for the World Nuclear Association in London for a couple of years but came home deeply disturbed by what she’d seen of the global nuclear power industry.

Highly strung, chain smoking, confrontational, acerbic and intimidating, she remained calm when dealing with aggression ... asked the difficult questions and was not easily lied to.

Having anchored the popular and influential SABC TV shows Business Tonight and The Money Show for several years in the late 1980s and 1990s, and done highly paid work in the corporate communications sphere, including in London, she knew the corporate environment well.

Her experience of the disconnect between the lofty principles professed by the denizens of this environment and their actual activities had thoroughly disillusioned Bennett by this time. She had strong ideas about right and wrong and no grey areas.

It was why she discarded the high-flying corporate world and her BMW Z3 and went to live on a farm in Groot Marico, which, unluckily for Amplats and other companies mining and polluting in the platinum belt, was only an hour’s drive from Rustenburg.

When she sat across the table from the Amplats executives they weren’t to know, perhaps, that for two years or so in the 1990s she’d had a relationship with one of the most senior executives of the lot. This had given her a useful insight into what made mining executives tick.

It was greed and money.

Here too she was on strong ground. She was no communist or socialist.

She spoke the language of capitalism although she understood how easily the principles behind capitalism could be destroyed if the value system was around short-term profitability rather than long-term social and environmental sustainability.

They had to be made to understand the financial costs. This meant confronting them with facts. And here Bennett, who could be intellectually intimidating, was formidable.

She got her facts right. She took on individuals and companies with facts. Her research was extraordinary. She never went into a meeting without hard facts, which she gathered almost obsessively, to support her case.

She was motivated by what she saw as an unequal fight between small, vulnerable communities and big, powerful corporations with few scruples about ravaging the environment for their own profit.

Highly strung, chain smoking, confrontational, acerbic and intimidating, she remained calm when dealing with aggression, which as an environmental activist she was used to, asked the difficult questions and was not easily lied to.

Ultimately, she believed that the only way to force big mining companies to change was to put pressure on the income stream. Nobody knew how to do this better than she did.

Armed with the fruits of her extensive investigations and meetings, she wrote a story for the financial news site Moneyweb which went viral.

It was picked up by the Bloomberg wire service and became an international story. News media descended on Rustenburg to take pictures of the Amplats smelter pumping out poisonous chemical emissions.

Moody’s lowered their rating on Anglo, which increased the interest it would have to pay on a multibillion loan it was negotiating.

After more than five years of stalling they speeded up the building of the new platinum conversion process, ensuring less poisonous emissions, which they’d argued would cost too much. There are people alive today who have her to thank.

In subsequent years nobody did more to focus attention on the environmental damage caused by mining companies in North West, which, largely due to her early involvement, became a hotbed of environmental activism.

She scrutinised hundreds of environmental impact assessments and forced companies to think differently about the environment and social sustainability.

As with Amplats, she didn’t pussyfoot around. She came to meetings armed to the teeth with facts, and left them under no illusions about the likely impact on their bottom line if they didn’t mend their ways.

She was motivated by what she saw as an unequal fight between small, vulnerable communities and big, powerful corporations with few scruples about ravaging the environment for their own profit.

This also drove her to champion the campaign against fracking in the Karoo. She drove thousands of kilometres raising awareness and mobilising in small towns and villages. The information she collected was key in getting the campaign off the ground.

Bennett received many threats, including death threats, during the course of her activism. She took them seriously enough to try and remain in the background of her campaigns where possible.

She was born on August 4 1962 in Mbabane, Swaziland where her parents worked for Standard Bank.

She began studying law at the University of the Witwatersrand but decided it wasn’t for her and went into journalism instead.

She never married, but came close. In her 20s she was engaged to a fighter pilot in the SA Air Force. They broke up shortly before the wedding.

One of her last campaigns was preventing a company from getting permission to prospect for diamonds in an area of Groot Marico which, she made sure the government knew, was registered as a Unesco heritage site.

When not fighting for the environment she worked as, in her words, “cook, gardener, maid and chief bottle washer at Marico Moon Cafe”.

Bennett, who qualified as an iridologist in London, died after undergoing surgery for a melanoma. She elected not to have chemotherapy.

Stinks to Highveld heaven: the town in a ...

Ela Gandhi: 'We need to change the way we view ...

Hedgehogs may not wear red shoes, but armadillos pursuit isnt for dodo’s