Scales of injustice: The fight for the imperilled pangolin

Scales of injustice: The fight for the imperilled pangolin 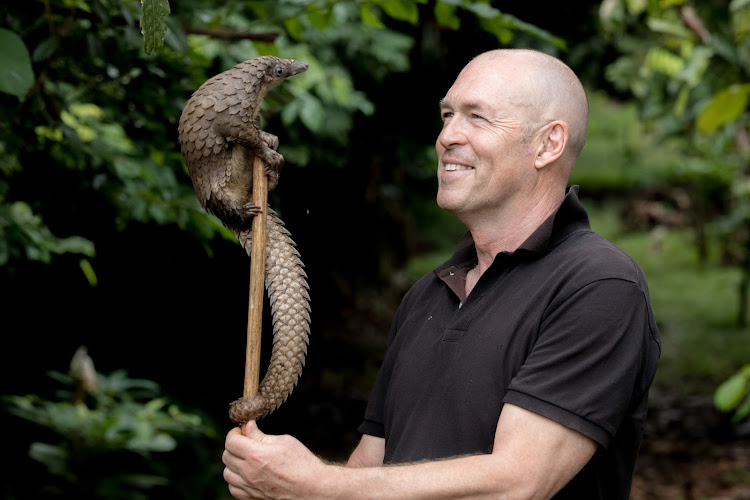 Sticking up for the little guy Filmmaker Bruce Young with a pangolin, the most traded mammal on Earth.
Image: Supplied

Ask just about anybody what a pangolin looks like and chances are their response will be vague to say the least. This is hardly surprising since the pangolin is so elusive that most wildlife lovers have never seen one in their natural environment.

This was the reality filmmaker Bruce Young faced when he was asked to collaborate on Eye of the Pangolin, a documentary highlighting the perilous state of an animal that is on the edge of extinction.

Most people don’t know that pangolins are the most traded mammal on Earth. They are also the only mammals with scales and these are highly prized in Asia where they are believed to have medicinal value. Their meat is also considered a delicacy in Vietnam. Since the pangolin has all but been wiped out in Asia, poaching syndicates are now targeting Africa.

The size of this illegal trade is terrifying. Each pangolin has about 70 scales and roughly 1,900 are killed for every one ton seized. In 2018, 48 tons were intercepted en route to Asia. Nobody knows how many tons made it through. 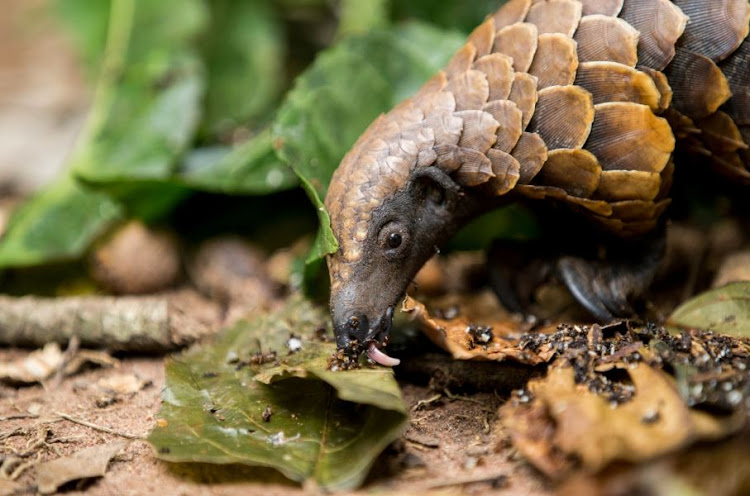 Because they curl up into balls when they are under threat, they can be tightly packed together into a crate and shipped off dead or alive.

Young earned his filmmaking credentials as one of the directors of Blood Lion, a gut-wrenching expose of canned lion hunting in SA. That documentary lays bare the lie that hunting helps conservation.

Hunters, mostly American, choose their intended prey from a shopping catalogue before travelling here to fulfil their Ernest Hemingway fantasies. What these so-called hunters don’t know is that their targeted trophy is a lion that has grown up in a cage and has been reared by humans. They might as well be shooting a cow.

Blood Lions had a huge impact on raising awareness internationally about the shocking reality behind canned lion hunting. But lions are nature’s rock stars. How do you make people care about an animal they know very little about?

Investigative journalist Rachel Nuwer is one of the experts interviewed in Eye of the Pangolin. She spent 10 years probing wildlife trafficking and wrote Poached: Inside the Dark World of Wildlife Trafficking, which was released in 2018. She once gave a 20-minute presentation on pangolins to a group of ecologists and ecology students in Britain and the first thing she was asked during question time was: What is a pangolin?

Young and his partner, Johan Vermeulen, decided that instead of focusing on the blood and gore of the pangolin trade they would find out more about this elusive animal. They set off to discover more about the four species found in Africa and the conservationists working to save them. Their destinations were SA, Ghana, the Central African Republic and Gabon. 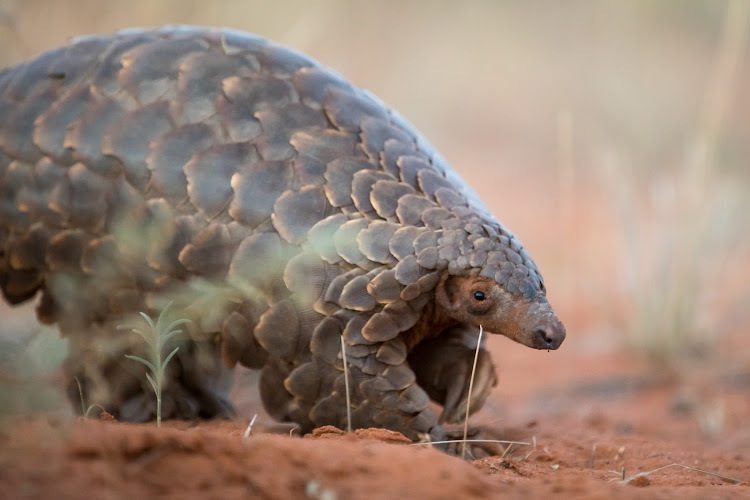 Everybody who encounters these strange and mythical creatures reveal how they have fallen in love with this odd yet lovable animal.

Nicci Wright of the African Pangolin working group is filmed supervising the release of a rehabilitated pangolin back into the wild. Umqombothi had been rescued from a plastic container filled with homemade beer. Despite their rather clumsy build, pangolins have a very distinct way of moving and Umqombothi seems to sail across the landscape.

Pink sticky tongues almost as long as their bodies burrow into the soil to reach underground ant nests. Along with anteaters, pangolins live off a diet of ants and their extinction could have a catastrophic effect on nature if the ant population is left to explode.

The filmmakers travel to some of the wildest places on Earth. In a remote corner of the Central African Republic Rod and Tamara Cassidy run an eco lodge and pangolin research centre on the banks of the Sangha, a formidable tributary of the Congo River. This landscape is so wild that a T-Rex looming above the treeline would seem right at home. To get there the film duo had to fly from Nairobi to the capital Bangui and over vast swathes of impenetrable jungle in a light aircraft.

This area is home to the black-bellied tree pangolin, the smallest species. As the name suggests, it spends much of its time foraging in trees, navigating them with delicate agility.

The SA couple have devoted their lives to saving this pangolin. One of Rod’s campfire stories is how he once wrestled a fleeing pangolin away from locals who had been chasing it across the jungle. He promptly put it in his car and drove away.

Despite the instability in the Central African Republic where  80% of the country is controlled by rival militia groups, the filmmakers don’t encounter any trouble there.

Much more arduous was trekking in Gabon where 80% of the country is covered in rainforest and the transport infrastructure is poor. The crew had to hack their way through vegetation in search of the very elusive giant pangolin.

Can the pangolin ever be saved? Rod Cassidy sums it up best in the documentary. “If you are a conservationist you have to be an optimist. If you are a pessimist you’ll commit suicide.”

All FOUR species of African pangolin on film for the FIRST TIME!

• Because pangolins are critically endangered the filmmakers decided to put the documentary online so their message could get to viewers as soon as possible. Eye of the Pangolin can be viewed for free on YouTube.

If you spot an ietermagog, you'd better call ...

We laugh until we cry at these politicians and their shipstorms