SA is not a ‘sinking Titanic’ amid corruption icebergs: Ramaphosa

The president says government is bent on fighting graft, with 11 agencies working together on PPE corruption

We know how to keep Covid-19 at bay, so let’s do the same with our leadership and wash our hands of it

Covid-19 has forced the usual donor countries to look after their own, which spells disaster for the continent

The continent is making gains, but in nine countries the case fatality rate is higher than the global average

Four people, one a man who suffered two bouts of hepatitis, are believed to have been poisoned by the tea

EDITORIAL | The govt is eager to tackle booze, but not sex monsters

Diary of a vaccine volunteer, day 2: jab, what jab? I hardly felt a thing

At last animation is changing its toon

Animators are now taking representation seriously ... although it took a lot of pushing to make them do so

From poignant to ‘hell no’: the messy but gorgeous reality of ‘Love Life’

Sex, drugs, video games: here’s what to watch this weekend

From Jamie Foxx to Chris O'Dowd and Michaela Coel, the stars are out to play for your viewing pleasure

Popping out this weekend? Then pop in to Hyde Park for a treat

There you’ll find the KAMERS/Makers market, which is popping up with everything art, fashion and design

Blast from the past: ‘Hawk’ flies in to knock Laureano out the ring 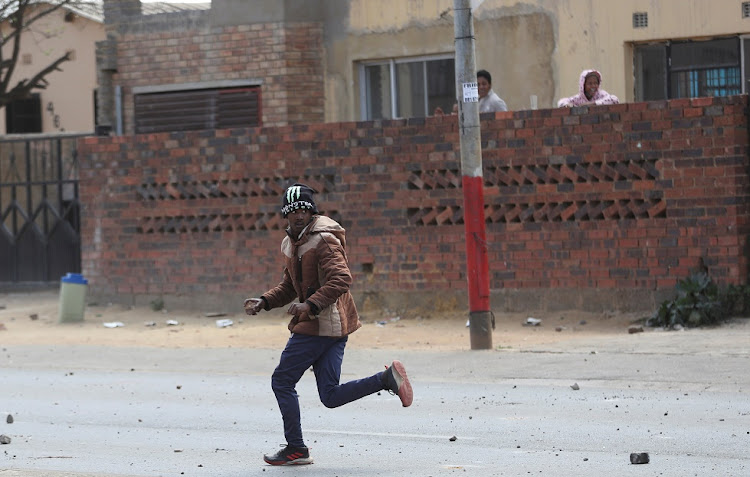 RUNNING BATTLES A man runs during a protest demanding justice for the death of the teenage boy who was allegedly shot by police in Eldorado Park.
Image: Reuters/Siphiwe Sibeko

Firmer oil prices were stronger than a losing rand, meaning South Africans will pay less for most fuels in September. This is according to the Automobile Association, which was commenting on unaudited month-end fuel price data released by the Central Energy Fund. The AA says the retreat in oil prices means that 95 octane petrol is expected to drop by about 4c a litre, with diesel down by 19c and illuminating paraffin by 24c. “The only fuel type set for an increase is 93 octane petrol, which will climb by about 6c a litre,” it said. “The bad news for the month was the rand, which pulled back from testing the R16.80 mark against the US dollar last month and headed towards R17.40 at mid-month, with a slight firming trend since. On average, exchange rate losses added about 17c a litre to next month's petrol price.”

Police are probing the origin of a voice note that circulated on WhatsApp and led to panic buying of liquor across the country on Tuesday. The message claimed bottle stores would be closed and that President Cyril Ramaphosa would address the nation about a renewed ban on alcohol sales. “We are trying to analyse that voice note and trying to establish its origin,” police spokesperson Brig Vishnu Naidoo said on Thursday. Several people have been arrested and fined for spreading fake news - an offence under the Disaster Management Act - since the start of lockdown. Regulations issued by cooperative governance and tradition affairs minister Nkosazana Dlamini-Zuma in March makes it an offence to spread fake news, attracting a fine or imprisonment not exceeding six months, or both.

After vowing to have an epidemiologist ready to present evidence in mitigation of sentence, Ike Motloung - the lawyer for former crime intelligence boss Richard Mdluli - on Thursday pleaded with the court to grant a further extension. The defence team for Mdluli and his co-accused Mthembeni Mthunzi intend to find an expert witness to argue that a custodial sentence would not be beneficial to their clients, especially amid Covid-19. They seek to show that since their clients are over 60 and have comorbidities, they are not suitable to be sent to prison. Motloung said that when he made the commitment in July to find an expert witness he was unaware of the scarcity of epidemiologists in SA. Mdluli and Mthunzi had in July 2019 been found guilty of two counts of assault, two of kidnapping and two of assault with intent to commit grievous bodily harm. Sentencing was moved to September 28 and 29. Mdluli and Mthunzi remain on bail.

Cell fee for a selfie

Thailand plans to turn about half its prisons into tourist attractions to boost visitor numbers as the southeast Asian nation struggles to recover from an economic slump caused by the coronavirus outbreak. Sporting events, art exhibitions, cooking contests and souvenirs made by inmates will be rolled out in 72 of the country's 143 prisons, justice minister Somsak Thepsuthin said this week. A pilot scheme is being tested in five prisons, including those in the cities of Trat, Rayong and Ratchaburi, he said. This would not only bring much-needed visitors, but also prepare inmates for a "normal life in society" and change the image of prisons from being "a twilight world to a world of opportunities". - Reuters

Elephants at the Warsaw zoo are about to be the lucky subjects of a groundbreaking pilot project: they are to receive medical marijuana to test how it reduces their stress levels, The Guardian reports. It’s a first for tuskers, while medical cannabis has been used around the world to treat dogs and horses, the vet in charge of the project, Agnieszka Czujkowska, was reported as saying. So, what will the the zoo’s three African elephants be getting? Delivered through their trunks, it’s hoped the liquid doses of a high concentration of the relaxing cannabinoid CBD will take the edge off. And, said Czujkowska, there was no danger of euphoria or harm to the liver or kidneys. - Staff reporter

The real Loon behind the ‘UFO’ in the jungle

An unidentified flying object parachuted into dense Congo jungle to the confusion of local authorities, who detained two people for questioning until a subsidiary of Google parent company Alphabet confirmed the device was an internet balloon. Images on social media showed people inspecting a large silver-coloured contraption fitted with solar panels and wires, which had landed in the tropical forest of Bas-Uele province in northern DRC, trailing a large deflated balloon. Locals alerted the security services. Bas-Uele governor Valentin Senga said police detained two people, a Congolese and a Pakistani, who had arrived in Buta with the purpose of searching for the device. The mystery was solved when Loon, a subsidiary of Alphabet, said it had “executed a controlled landing of one of our stratospheric balloons”. - Reuters 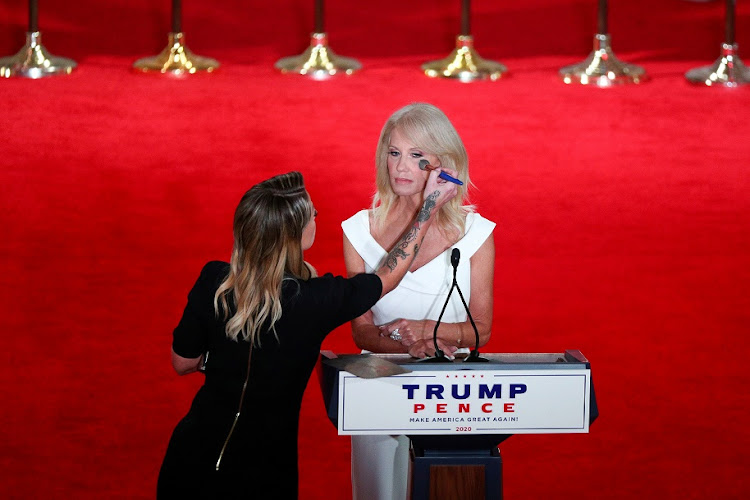 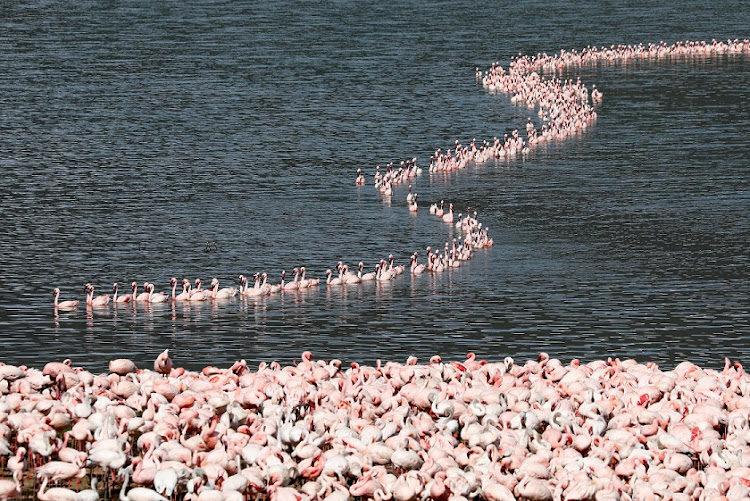 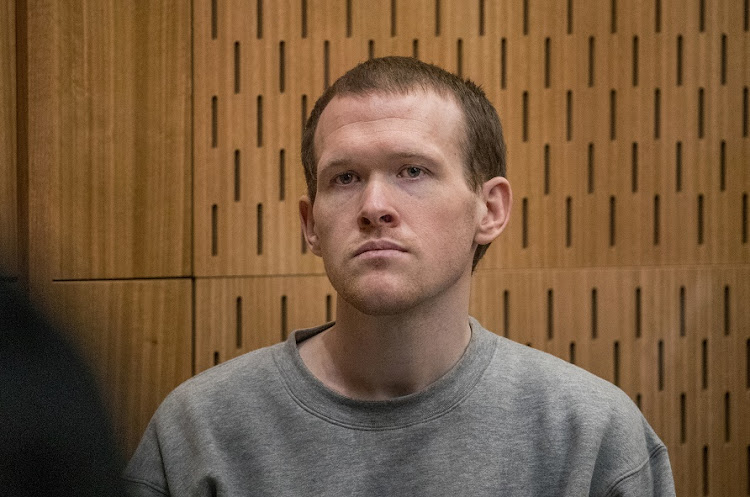 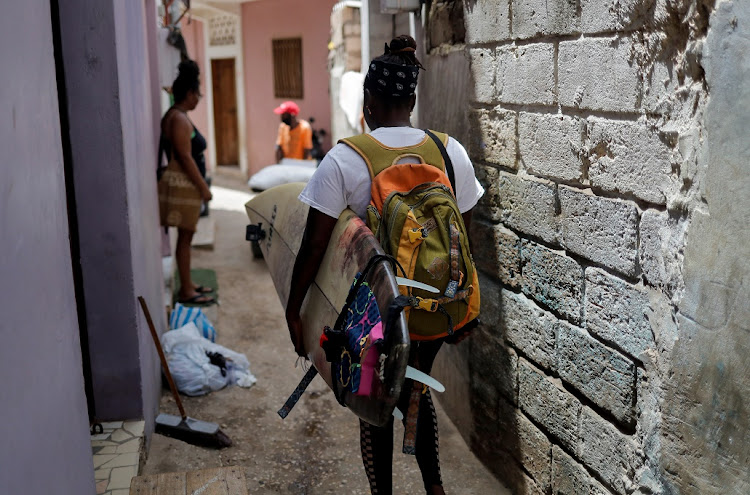 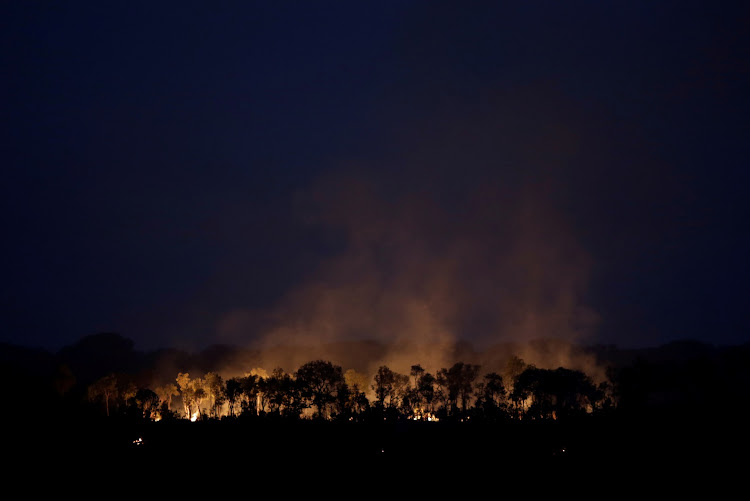 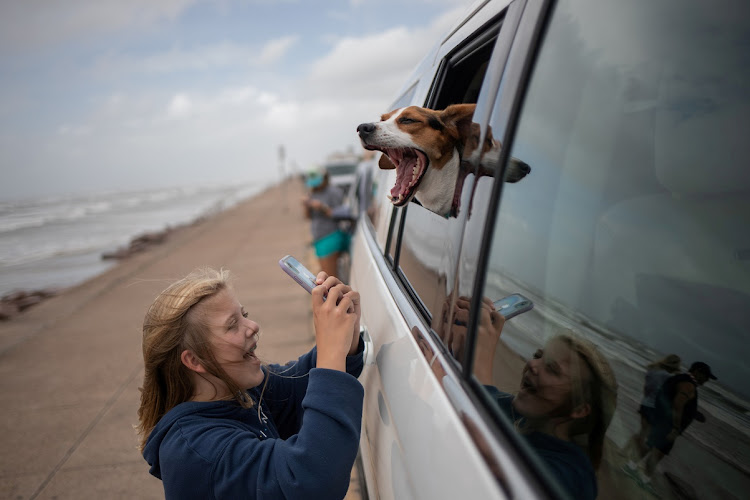