Cyril is too busy consulting to address the nation yet

President Cyril Ramaphosa was expected to address SA on Thursday. It now seems he will do so at the weekend

‘Out of order’: Modise, DA slap down Mkhwebane vendetta claim

That the speaker and party are acting in bad faith is just not true, they argue during impeachment tussle

The continent’s fatality rate is lower than the global average, leading authorities to question its numbers

SA is not out of the woods, but could be moving closer to the herd

Signs of Covid-19 herd immunity are emerging, but it’s  far from over and protocols must be observed: experts

Government says its nutrition programme is not being supported, but lobby groups say this is no excuse

As if climate change and land-clearing aren’t enough, baobabs are now facing culinary and cosmetic menaces

To help others, Covid carers have to put themselves first

EDITORIAL | Kudos to those who, at risk, have taken on state capture

And no matter the cost or its efficacy, let’s applaud SA’s upper echelons for allowing a public inquiry

If these bold fantasists want to slip free from the yoke of reality, I say let them. All I ask is one thing

League of her own: Banyana’s Janine van Wyk on Glasgow and beyond

We ask her about her stint at the Scottish giants and her future in the game – and, of course, the biting cold

Brigands are in no condition to be suckered by truncated fun

What A Prude! Mr Green, this is not new, you’ve been there

As people age, they forget what was cool in their youth and sing from soapboxes instead of tackling issues

Music and sex have always been caught in a tangle

Want to be able to say ‘I knew this band/artist before they were big’? Here’s a guide to the ones to watch

Blast from the past: SA bomb in Sri Lanka, Wade blasts in for gold 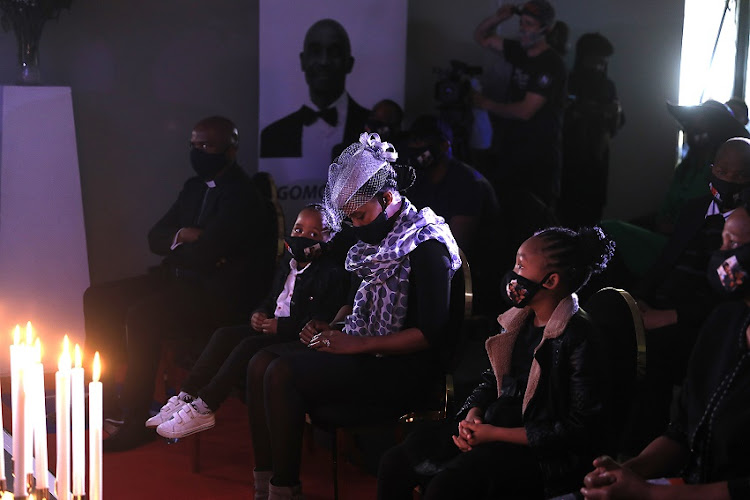 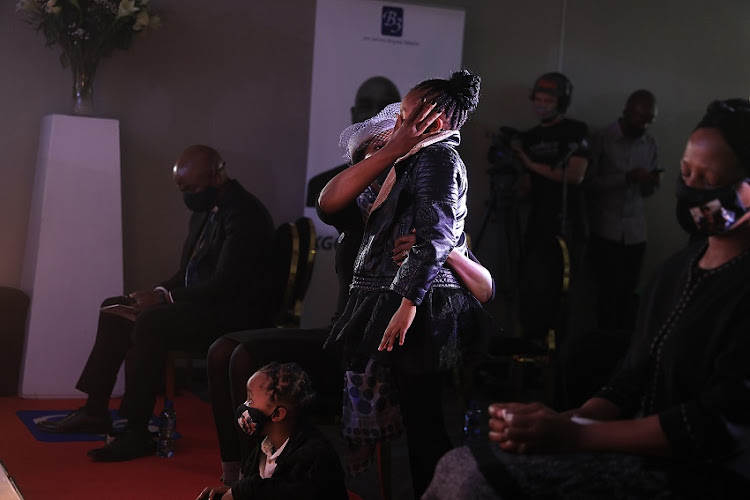 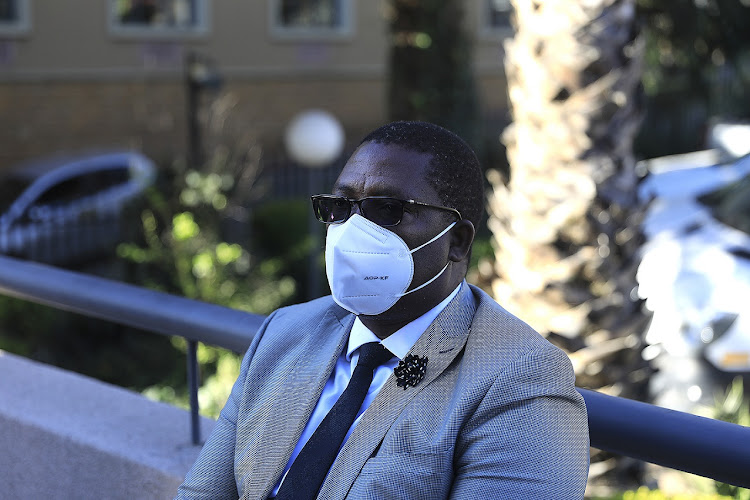 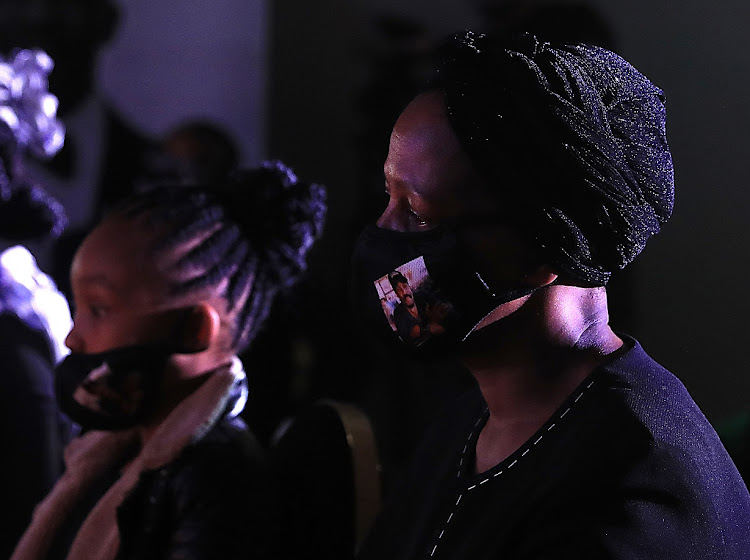 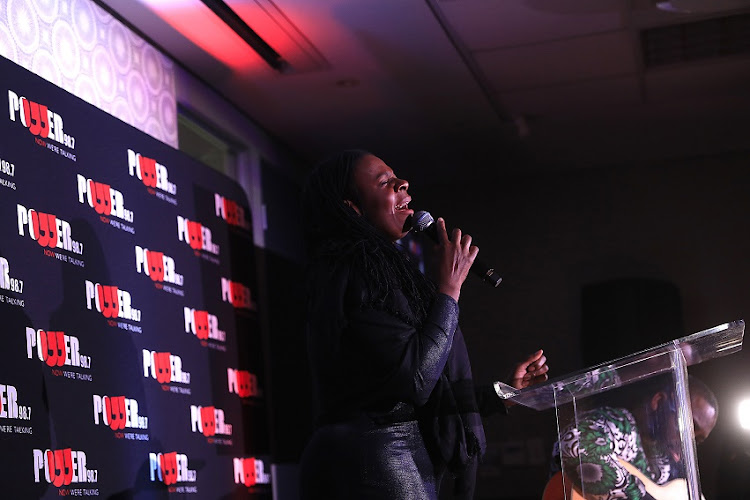 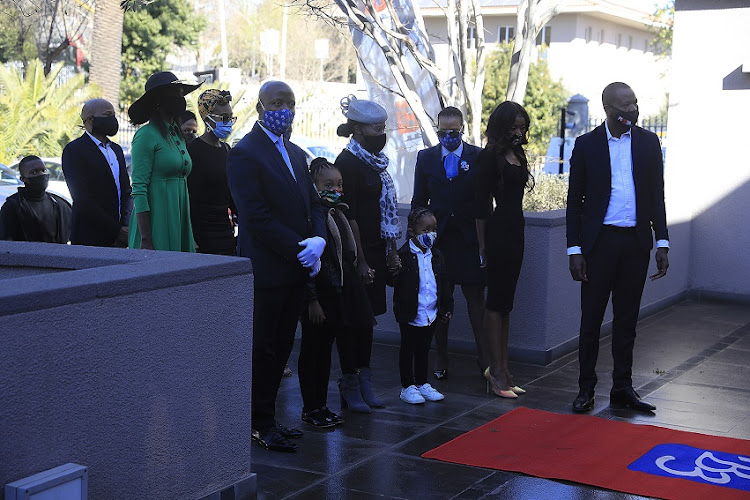 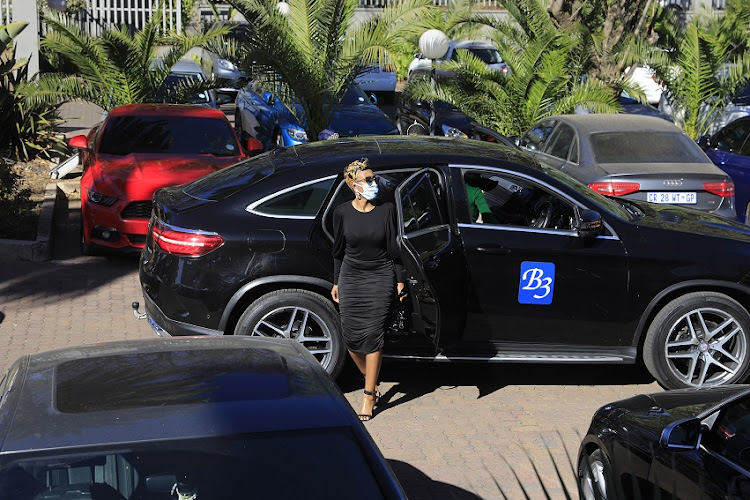 Forty-two boxes containing packs of cigarettes in an assortment of brands, including Remington Gold, Royal Express and Pacific Blue, valued at R700,000, have been seized in Limpopo. The Hawks said the bust was part of “continuous efforts to curb the mushrooming of the illicit cigarettes trade in the province”. Officials raided a warehouse in Mokopane on Wednesday. Some of the boxes were found inside a Toyota bakkie parked next to the facility. A 27-year-old man has been arrested for dealing in illicit cigarettes and is expected in court soon. There would be more such operations, added the Hawks.

The attempted abduction of a 19-year-old woman to force her into marriage has led to the arrest of her mother, sister and would-be husband. The arrests were made on Tuesday, in Dutywa and Mvezo. Col Sibongile Soci said the 19-year-old received a phone call telling her to meet her mother, 54, in Dutywa. She was driven to Mvezo to a home of the would-be husband, 28, locked inside a house in the homestead but escaped and went back home. A week later her brother, age unknown, her 22-year-old sister and 54-year-old mother took her back to Mvezo village, telling her she was getting married. She managed to call a friend, who called the police. The trio appeared in the Dutywa Magistrate’s Court on Wednesday on charges of abduction, and were remanded in custody until Friday for a bail application.

Several prison wardens were stabbed by inmates at Durban's Westville Prison on Thursday, in what the department of correctional services (DCS) called a “security-related incident”. Spokesperson Logan Maistry confirmed the incident. “It is reported that a group of offenders attacked officials with sharpened objects after morning meals had been served. At this stage we can confirm that seven officials and one offender sustained injuries and are receiving medical attention. The situation has been quickly attended to, and working conditions are back to normal. An investigation is under way and further details will be provided,” he said.

Poop-up shop does a roaring trade

Germany’s Krone Circus, home to 26 lions and tigers, has found an unusual side-income to raise money despite coronavirus-related restrictions - selling jars of lion poo. Customers have told lion tamer Martin Lacey they swear by the stuff. “I am told it keeps cats away from the garden and since then we have learnt that also it keeps animals away from the car, where they eat all the electric cables,” Lacey said. The circus’s pop-up shop was also a way to give people a few laughs, Lacey said, as the circus waited to be allowed to perform again. The jars sell for €5 (R103) each, with some of the money going towards a charity to improve the living conditions of captive animals. - Reuters

China’s had a bellyful of fame gobblers

China's biggest short-video and social media platforms say they will punish users seen to be wasting food in their broadcasts, cracking down on "big stomach kings" as the government urges against food waste in the middle of a pandemic. President Xi Jinping has called food waste "shameful" as China also seeks to curb a growing trend among internet celebrities who have gained hordes of fans by eating large amounts of food in a short time on video. Douyin, the Chinese version of TikTok owned by ByteDance, said users searching for keywords such as "eating broadcast" or "big stomach kings" would be shown prompts urging them to "reject waste and eat reasonably". - Reuters

There is one industry that’s been able to cash in on the Covid-19 crisis. You might even say it’s, er, an inflated market. Interest in sex dolls is at an all-time high, reports Vice, and it’s not only from the lonely and unattached - a number of Australian makers and distributors of the hyperrealistic, silicone-based sexual partners have reported a surge in sales since lockdown kicked in. One of them, online sex store Cherry Banana, said they’d “doubled our Cherry Doll sales since March”, while Sex Doll Australia enjoyed “an increase in sales of about 30 to 40%”. - Staff reporter 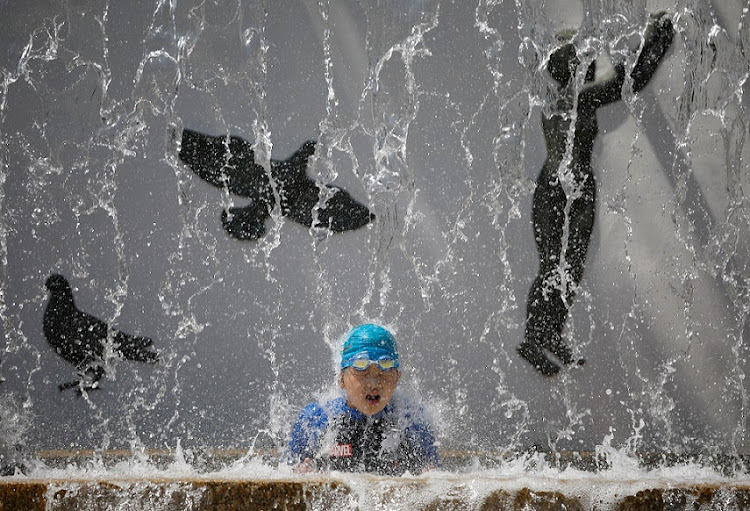 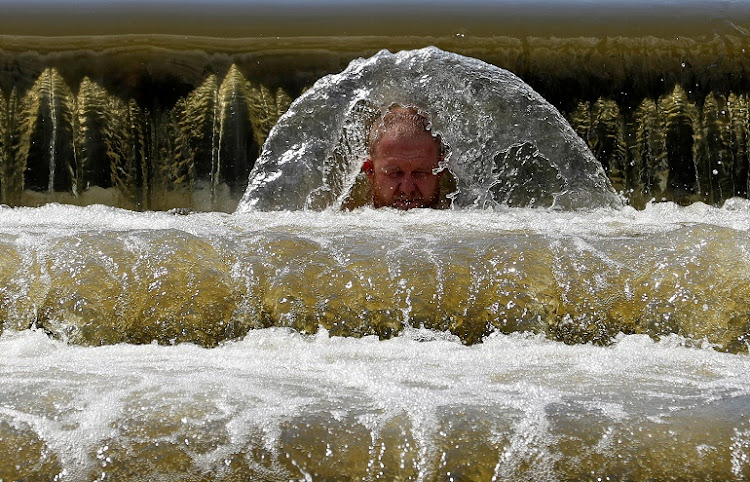 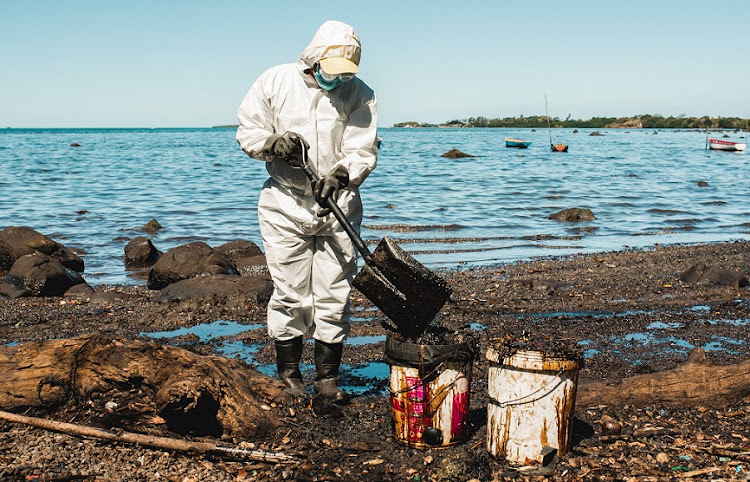 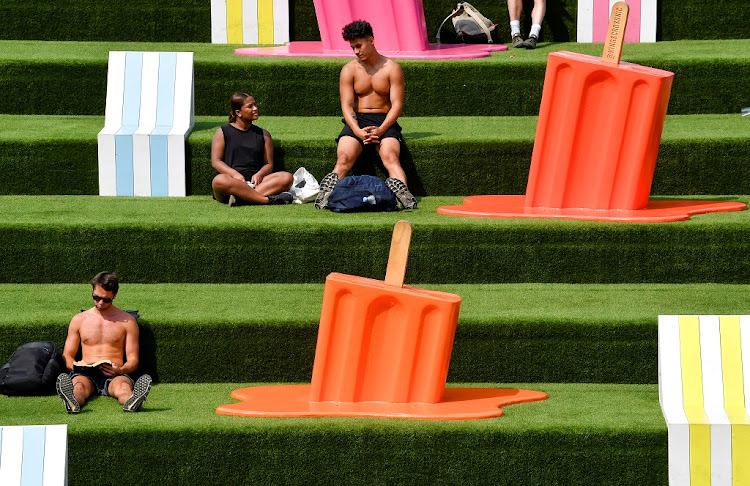 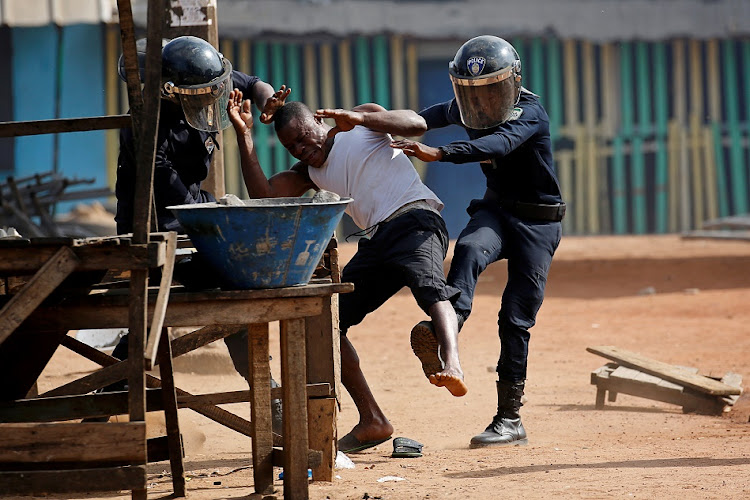 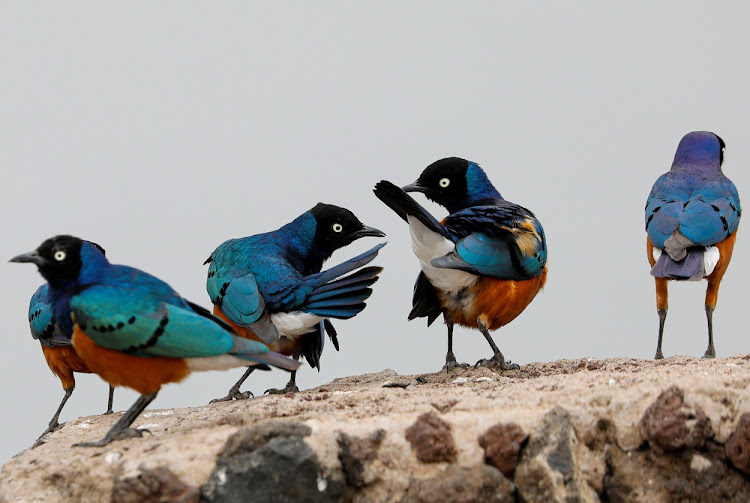