Buffalo City told it can’t simply shuffle funds around, but insists provincial health is too squeezed to help

A to Zim: photographer puts a chunk of home on the map

Lensman is filling in the gaps left by Google Street View, and bringing a boost to African economies in the process

We’ll get to January, one cling-wrapped Texan at a time

Between our Ouija-board lockdown strategy and surging body count, there is some good news ... possibly

When the Boks had the blues, the Bulls blew the lid off ’91

While the national side accepted a miserable home truth, the Currie Cup exploded with drama and intrigue

Don’t know the drill? Pop in to the party and we’ll shake the room

A new genre of hip hop is freestyling your way, but if you’re older than 30 you might want to give it a miss

Pod save us: Casting wide to make sense of nonsensical times

No, we don’t know everything, which is where political commentator Ezra Klein’s podcasts come in

Bru, you know major ways to stir our souls and make us think of lurv

‘To Let A Good Thing Die’ sticks to the subject of love, but it is not all sonnets and amorous declarations

Blast from the past: Wallabies win after Boks sin

BURIAL A funeral at the Olifantsvlei Cemetery in Soweto.
Image: Michele Spatari/AFP

King Buyelekhaya Dalindyebo says he will be "of good service" to the AbaThembu, after his son Prince Azenathi lost a court bid to remain as acting king. The prince had been acting as regent after his father was jailed for four years for arson, kidnapping, assault with intent to cause grievous bodily harm and defeating the ends of justice. Dalindyebo was paroled in December and last month Eastern Cape premier Oscar Mabuyane removed Azenathi from his acting position. On Thursday the Mthatha ​High Court dismissed, with costs, Azenathi Dalindyebo's application to remain as acting AbaThembu king. This means his father will remain on the throne.

Two schools and a municipal refuse truck were set alight in Joe Slovo Park, Milnerton, Cape Town, in protests believed to relate to occupations ​of vacant land along Freedom Way. On Wednesday, Sinenjongo High School's hall was petrol bombed, destroying all equipment and furniture stored while the school made space in classrooms to meet physical distancing rules. On Tuesday, protesters torched the truck. On Monday, protesters petrol bombed the library at Marconi Beam Primary, also gutting a Grade 5 classroom. Sinenjongo High had for years operated out of prefabricated structures. The department of transport and public works spent R47m to build the new school, which accommodates 1,400 pupils in grades 8-12.

The case of Tshegofatso Pule murder accused Muzikayise Malephane, 31, was postponed in the Roodepoort Magistrate's Court on Thursday until September 29 after a request from the prosecution. Prosecutor Musa Makhubele said that although an autopsy report had been obtained the state was still awaiting evidence, DNA results and witness statements. The prosecution did not rule out more arrests. Pule's body was found with multiple stab wounds in Durban Deep, Roodepoort, on June 8. She had been expecting a daughter, her first child. Malephane was arrested on June 17 when he abandoned his bail bid.

Remember, I’m all there, says Trump

Donald Trump has divulged details of a cognitive test he "aced”, including a five-word memory challenge he said proved he had the "mental stamina" to lead the US. "Person. Woman. Man Camera. TV," the US president recited as he revealed details of the much-discussed test to Fox TV on Wednesday. "The last questions are much more difficult," he said, as he questioned the mental capacity of his Democratic rival Joe Biden. He said the test comprised a ”memory question” after which they said “that's amazing. How did you do that?” The president said he responded with: “I do it because I have, like, a good memory. Because I’m cognitively there." He said Biden should take a similar test because "something's going on”. - AFP

Film legend Clint Eastwood has filed two lawsuits seeking millions of dollars in damages from several cannabidiol (CBD) manufacturers and marketers that claimed or made it look like he endorsed their products. The Oscar-winning actor and director, 90, said in one of the lawsuits filed in Los Angeles that three CBD companies used fake news articles featuring photos of Eastwood and attributing quotes to him to promote and sell CBD products. "Mr Eastwood has no connection of any kind whatsoever to any CBD products and never gave such an interview," states the lawsuit, which claims defamation. The three CBD companies accused of coming up with the phony articles that first surfaced in 2019 were named as Sera Labs, Greendios, and For Our Vets LLC. - AFP

A devil of a time to register little Lucifer

A UK couple were told by the registrar that their son “wouldn’t succeed” in life if they named him Lucifer. But Dan and Mandy Sheldon, from Derbyshire, have prevailed after complaining to their local council about opposition from the registrar who objected because it was another name for the devil, The Sun reports. Dan was reportedly stunned when the registrar told him and his wife to leave the room while she checked if she was allowed to register the boy with the Satanic title. This was despite the couple’s insistence that they were not religious and explaining that Lucifer in Greek means “light-bringer” and “morning”. The council and General Register Office both backed the registrar in making the couple aware of the name’s negative connotations, the report said, but allowed the registration. - Staff reporter 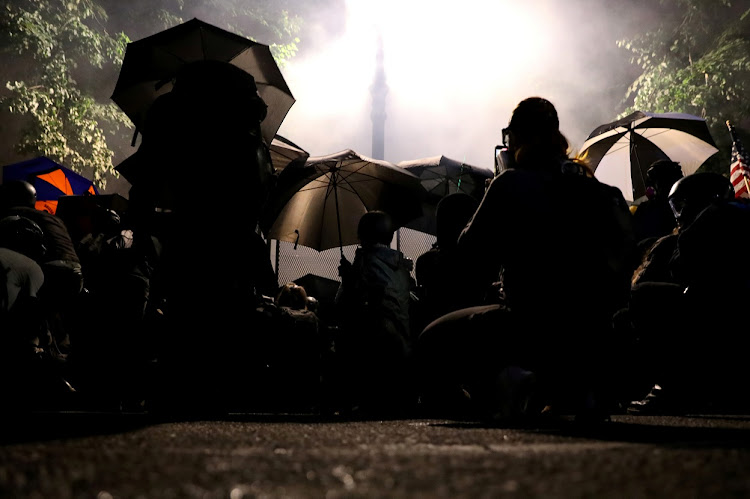 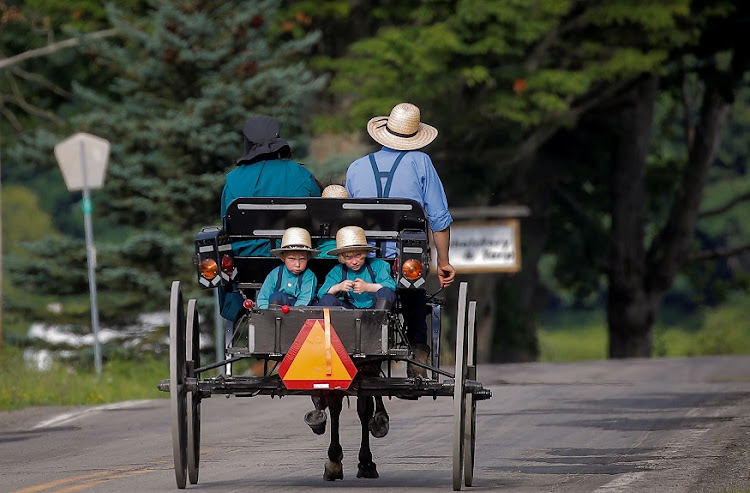 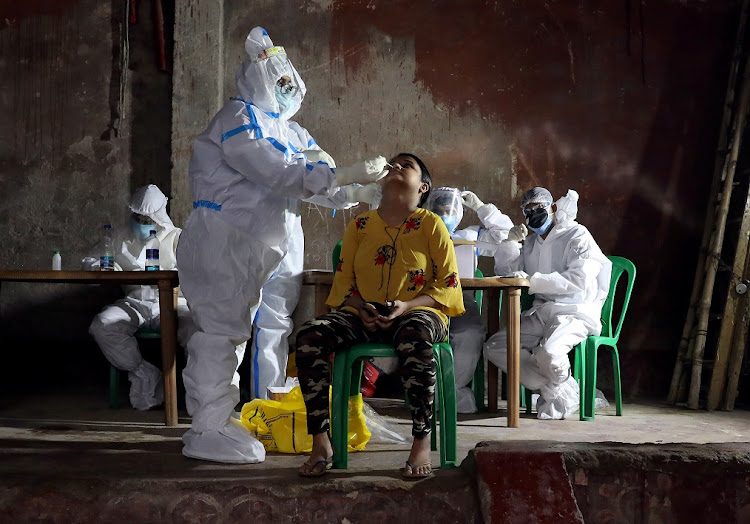 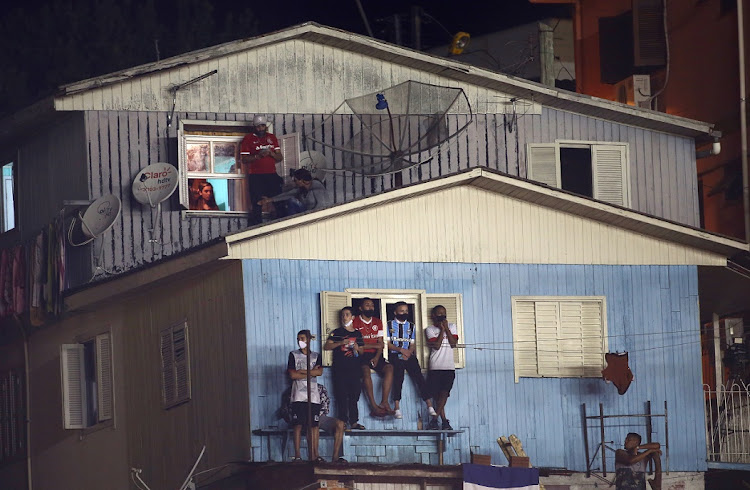 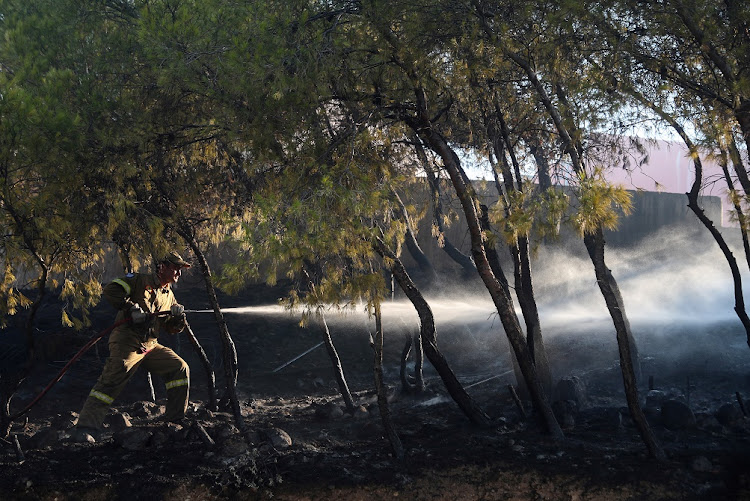 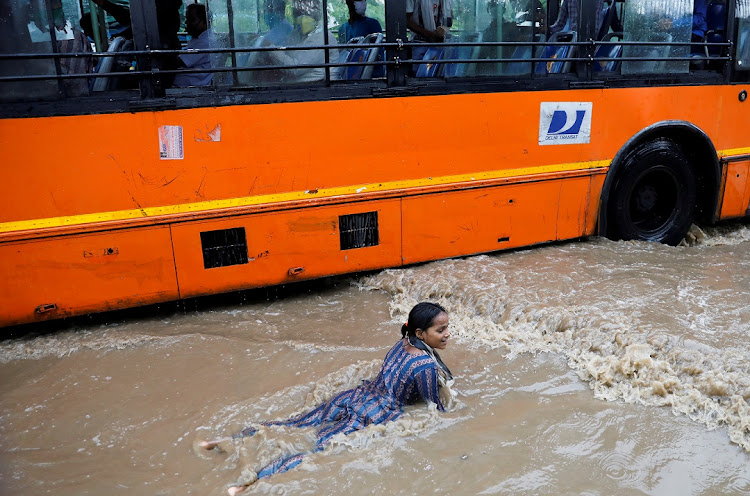