I’m all out of Ramaphositivity. Now I’m just not that into him

His astonishing, barefaced lies are not even the worst part of his insulting advice to young South Africans

For each life lost, Bedfordview’s St James church has tied a ribbon to its fence. Now it’s running out of space

E Cape pupils stay away in droves thanks to parents’ ‘anxiety’

The dismal numbers include two schools where not one Grade 3 or 6 pupil pitched on Monday, a report reveals

Virus won’t leave a lost generation ... but only if state acts fast

While the ban will not end gender-based violence, it will lessen the burden on women, say activists

Government’s on-again, off-again policies are a death knell for businesses, investment and employment

While the government focuses on irrelevant issues, millions are rapidly losing hope as they become jobless

None of this is news to black sports journalists

While black players faced discrimination, some of us experienced it while trying to do our jobs

The US has gone from superpower to global gloom ...

When America sneezes, the world catches a cold. But what we are seeing now is unprecedented

Heard of a weretiger? All will be revealed, but don’t expect it to roar

Yangsze Choo’s book has got all the scaffolding to be entertaining, but it’s wasted in the build

Tired of reading the same bedtime story over and over again? Tune in to CBeebies for some comedic relief

At last the galleries are open, so here’s what you shouldn’t miss

Blast from the past: Try as they might, Boks go down to Kiwis

WAVE OF RESISTANCE A water cannon sprays people during clashes between SAPS and alleged illegal occupants on a nature reserve in Mfuleni, outside Cape Town.
Image: Rodger Bosch/AFP

Two girls, aged 12 and 13, died after they were run over by a back-up vehicle escorting the KwaNongoma mayor on the R66 in White City on Thursday. KZN transport, community safety and liaison MEC Bheki Ntuli has directed his department and the police to urgently investigate. The girls, Asanda Ngcobo and Olona Ndebele, were walking along the road when they were hit. “According to eyewitnesses, the vehicle was travelling at an excessive speed when it hit and killed the two girls,” the transport department said. During a visit to the girls' families, Ntuli vowed that tough action would be taken if investigations revealed the driver was reckless or negligent.

Virgin Active says “temporary layoffs” are on the cards for staff at its gyms, head office and contact centre. The company has denied rumours about staff being retrenched, saying on Monday staff would be temporarily “laid off” while receiving 25% of their salaries. A spokesperson said: “A reopening of gyms will allow us to abandon these temporary layoffs and reinstate our people to their jobs.” The company said since lockdown began on March 27 it had not received membership revenue. “All member debit orders were automatically frozen at the start of lockdown. During this time we have continued to pay staff. This position is not sustainable long term.”

A 29-year-old man arrested in connection with the murder of Mapiti Matsena, chairperson of the Gauteng safety and security committee, has requested Legal Aid representation. Monoko Francis Thoka made a first appearance in the Pretoria Magistrate's Court on Monday. Blinking rapidly in the dock, Thoka, of Sehlala in Limpopo, asked for Legal Aid counsel as he cannot afford a lawyer. He will remain in custody until he appears again on August 24. Matsena was fatally stabbed during a home invasion at his property in Pretoria on Wednesday night. Thoka was questioned by the police on Friday before being arrested on a charge of murder.

Karma won’t be digging these guys

An ancient Buddhist statue unearthed by ditch diggers in Pakistan has been smashed up with sledgehammers by labourers. Four men were arrested for the attack on Saturday and the remnants were taken to a museum after footage of the attack was put on social media. The workers found the statue while digging an irrigation channel on farmland outside the city of Mardan in Khyber Pakhtunkhwa province. Reports said the contractor had consulted a local cleric who warned the life-size statue would cause the man to lose his faith. The statue was found inside what was once the historical region of Gandhara in northwest Pakistan, at the crossroads of trading routes from India, Central Asia and the Middle East, whose culture had Persian, Greek and Buddhist influences. – © Telegraph Media Group Limited (2019)

There is such a thing as a freeze lunch

On a pavement in Los Angeles stands a shiny, clean fridge packed with milk, fruit, vegetables, chicken and other food, marked as free for the taking. It is one of several "community refrigerators" that began to appear this month on the streets of the city, which has very high levels of homelessness and is now hit hard by economic woes brought on by the pandemic. The fridges are unlocked, no one watches over them, there are no forms to fill out or lines to wait in, and people can take as much food as they want. They are open 24 hours, every day. A sign in English and Spanish says "Free food.""If you need to empty the fridge, no one will judge you. If you need to take one tomato, or you only put one tomato in there, do it," said Marina Vergara of LA Community Fridges. - AFP

The guardians of the Crown Jewels at the Tower of London are facing job losses because of the impact of the coronavirus pandemic on tourism, the charity running the venue said on Monday. Historic Royal Palaces (HRP) said it had "no choice" but to cut costs, as the crisis had slashed visitor numbers and revenues.The red-coated "Beefeaters" at the Tower and other employees at six sites managed by HRP could opt for voluntary redundancy as of last month. But as the full extent of Covid-19's impact on the UK economy becomes clear, they will probably now face compulsory layoffs. - AFP

Along the N1 highway, 30km outside Cape Town, there's a 50-seater airplane perched on steel pillars, pointed south. The plane has become a landmark for Western Cape motorists but how did it get there and why is it there? 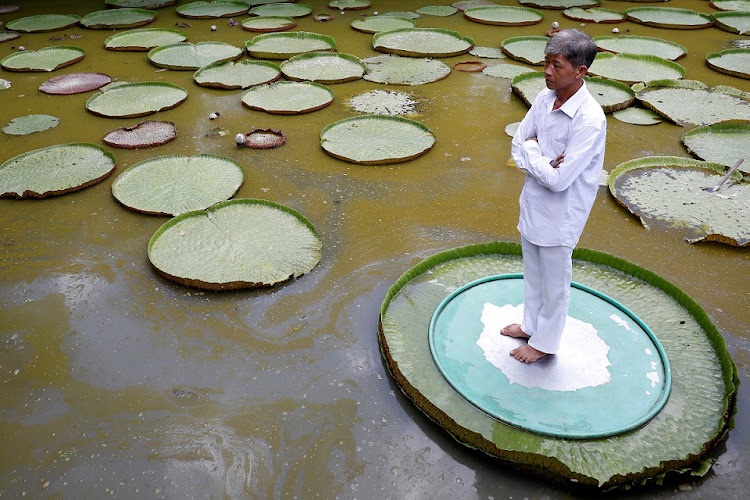 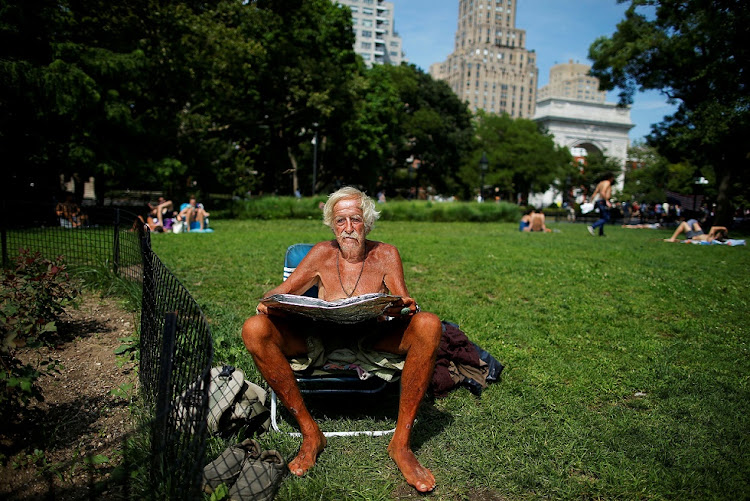 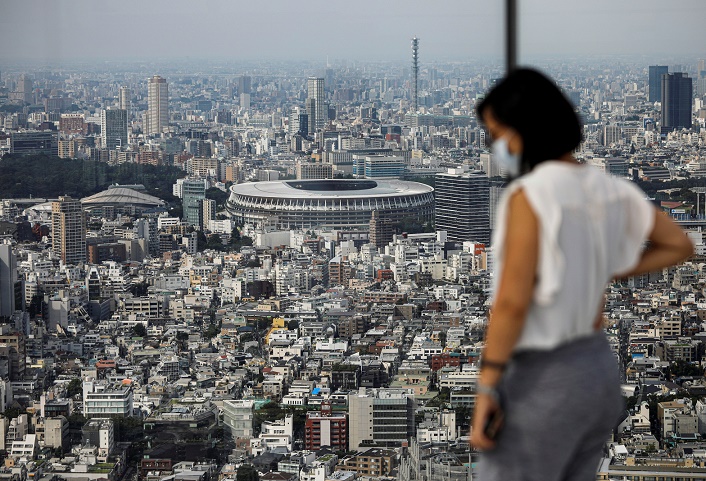 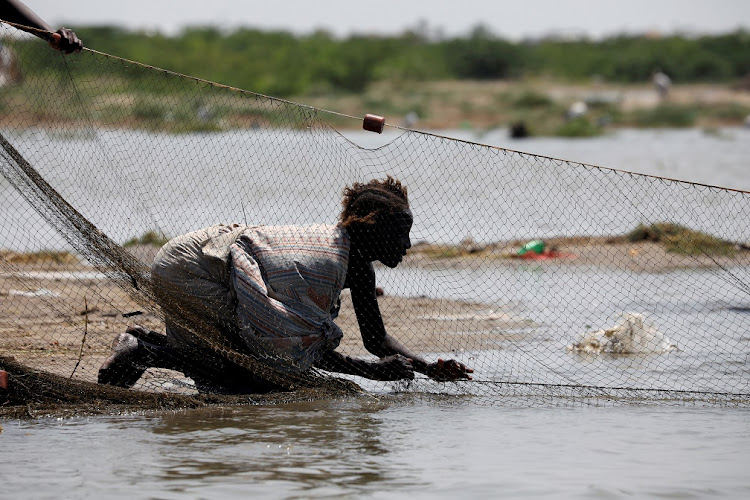 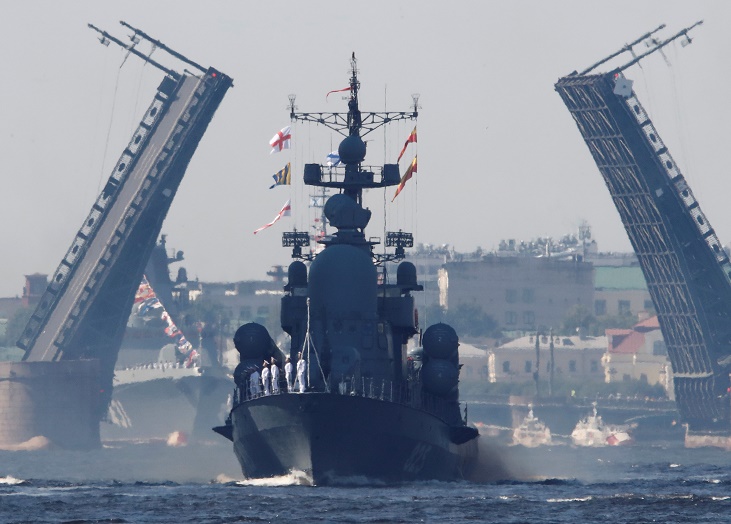 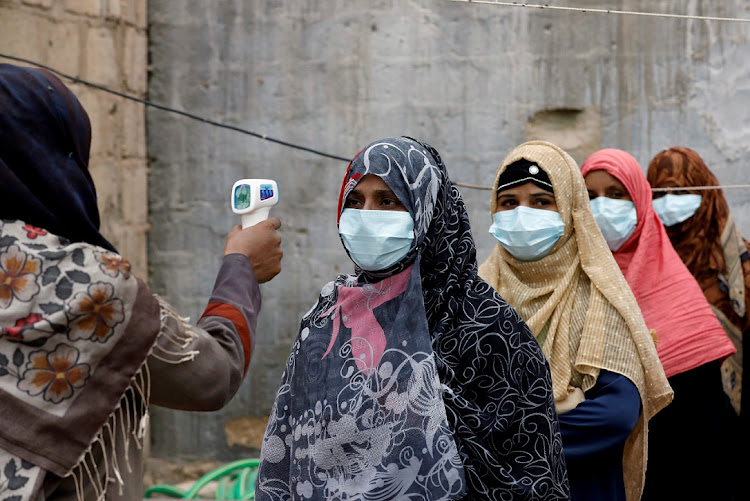