If you’re shouting ‘all lives matter’, you misunderstand the issue or don’t believe that lives matter equally

Cotton On to the fact that black lives matter

Bittersweet victory for ‘Isis mastermind’ as bombing case is ditched

Claimants suffer after the RAF canned its lawyers, despite a judge’s order, leading to mayhem at trials

EDITORIAL | The first step is admitting we have a problem

Say what you like about the booze ban, it is the result of a collective shame we need to acknowledge

Hallelujah! In the ANC church, this is a time of ‘science’ and wonders

Have faith, people, the ANC is in charge, yanking our chains, keeping the talentless in power and hoping for the best

Zanele Muholi: a fighting spirit that illuminates the dark

A salacious plunge into artist Lucian Freud’s life of madness

Blast from the past: Two one-two finishes for SA Olympians

FROTH AND FROST A storm whips up a frenzy along the Sea Point coastline.
Image: Esa Alexander

Deputy social development minister Hendrietta Bogopane-Zulu has tested positive for Covid-19, her ministry announced on Monday. Bogopane-Zulu, who is in self-isolation, said she was in good spirits. “I feel fine and will continue fulfilling my functions from home over the next 14 days. I have shown no symptoms, so far,” she said. She encouraged South Africans to do all they could to prevent getting infected: “I would like to appeal to South Africans to wear their masks, practice social distancing and wash their hands regularly.”

A police officer, a member of the defence force and a lawyer are among 41 people arrested for a fatal hostage drama at the International Pentecostal Holiness Church. Five people were left dead during the hostage and shooting situation at the church in Zuurbekom, west of Johannesburg. According to National Prosecuting Authority (NPA) spokesperson Phindi Mjonondwane, the group made a brief appearance in the Westonaria magistrate's court on Monday.

The Restaurant Association of SA says it is seeking legal advice on what action to take against the government on restrictions of liquor licences and the curfew regulations. “We are seeking council today [Monday] with our attorney and advocates Mooney Ford to see what claim we have against government for damages on non-performance and restrictions of our liquor licences and the regulations regarding the substantiation on the curfew and how we can leverage this angle to put pressure on government,” said the association's Wendy Alberts. This comes after President Cyril Ramaphosa announced the ban on the sale of alcohol “with immediate effect”. He also announced the reintroduction of a 9pm-4am curfew.

A former Polish soldier who fled into a forest with his pet puma to avoid handing it over to a zoo, gave himself up to police on Sunday after a three-day manhunt. About 200 officers were deployed to track down the former Afghan war veteran and the big cat. The former soldier "Kamil Stanek voluntarily turned himself over to police in Zawiercie and was later released", the police in the southern Polish city said on Facebook. The puma was transferred to the care of a zoo following the drama. "We're pleased to report that [the puma called] Nubia is surrounded by the professional care of employees at the zoo in Chorzow," they said. Keeping such dangerous animals is banned in Poland, and the man had been ordered by a court to turn the animal over to a zoo. - AFP

In scenes reminiscent of the film Rambo, police in Germany's Black Forest are hunting for a homeless man wearing combat gear and armed with a bow and arrow, among other weapons. About 100 officers were combing the forest with the help of special forces, helicopters and sniffer dogs as the search entered its second day on Monday. Police in Oppenau, in southwestern Germany, warned locals to stay at home and not pick up any hitchhikers. They released a photo of the 31-year-old, who has a bow and arrow, a knife and at least one gun and is known to the police for previous offences, including illegal possession of firearms. The authorities did not name the suspect, but the Bild tabloid identified him as Yves Rausch, also publishing a photo of him dressed in military fatigues. - AFP

Britain's royal family has begun selling dry gin infused with lemon, verbena, hawthorn berries and mulberry leaves collected from Queen Elizabeth II's gardens at Buckingham Palace. The "small batch" gin is on offer for £40 (R844) a bottle from the Royal Collection Shop, but only for delivery in the UK. ”Hand-picked botanicals from Buckingham Palace's exceptional garden have been combined to create this unique and flavoursome gin," the bottle says. It recommends “a measure of the gin in an ice-filled short tumbler before topping up with tonic and garnishing with a slice of lemon”. Elizabeth's favourite tipple is a gin and Dubonnet, although she drinks in moderation. - Reuters 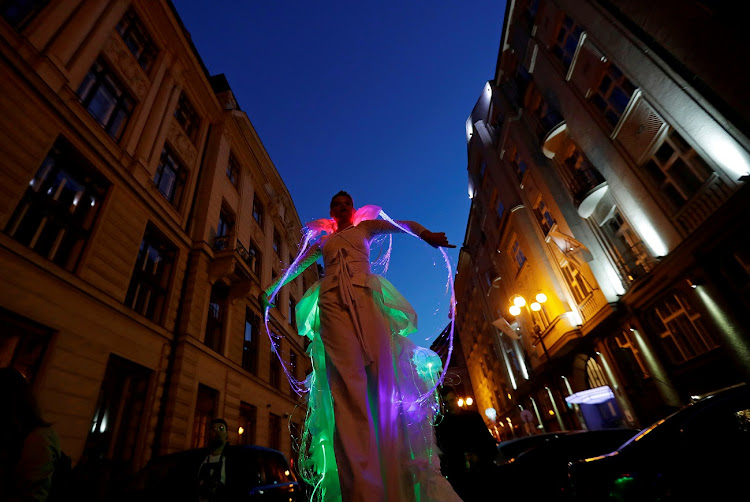 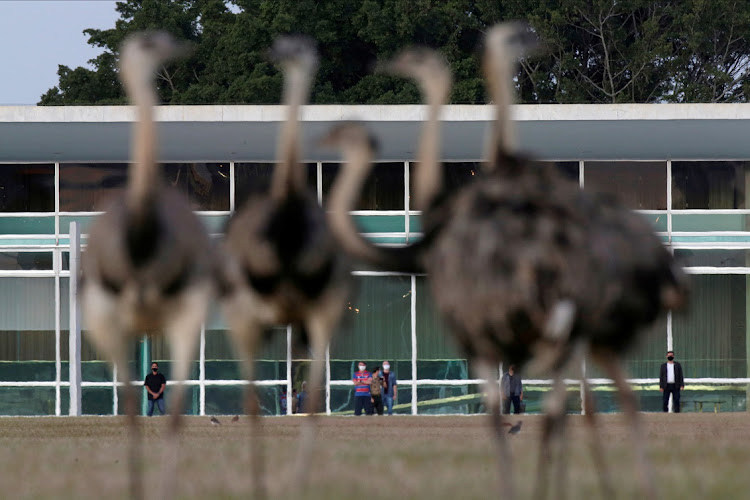 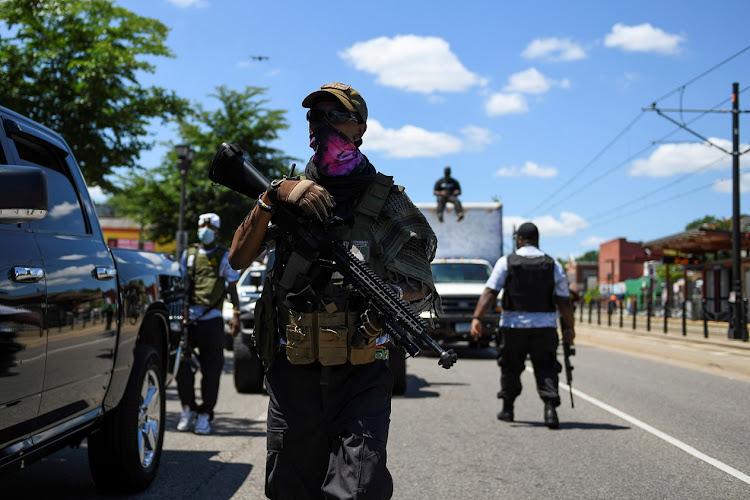 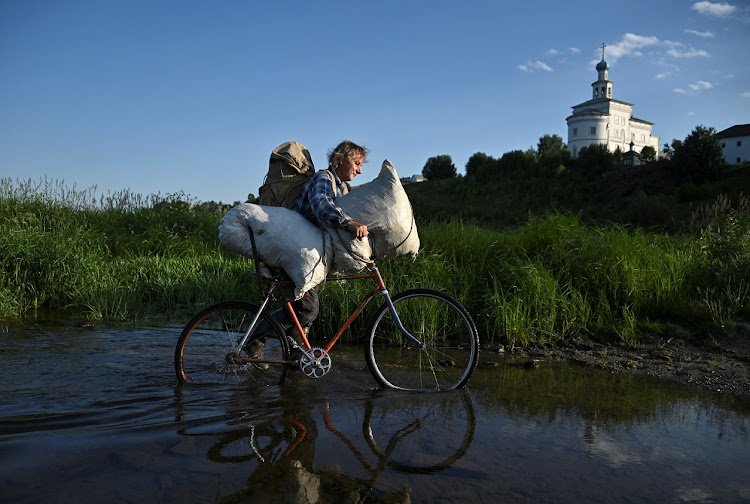 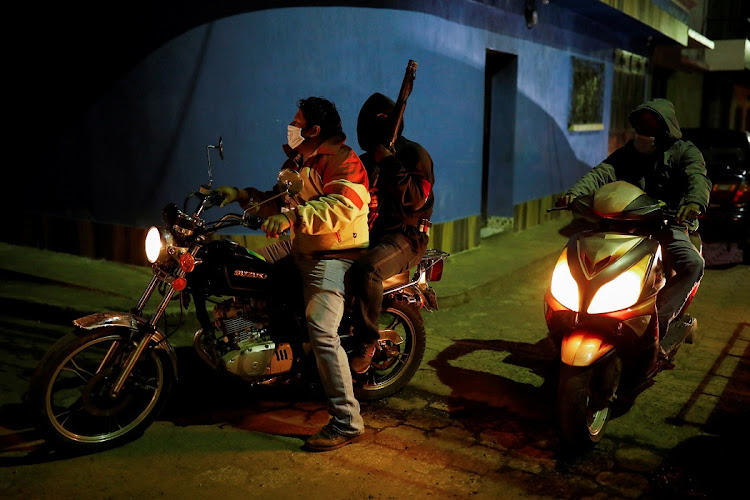 A severe storm hit Cape Town overnight on July 12 as areas were battered by gale force winds and heavy rain. A high school in Nomzamo was left partially destroyed and many homeless people were left exposed across the city.