‘We live in a reign of terror’: both violence, virus stalk Cape townships

‘I want my dignity, I want my house’: man tells of naked ordeal with cops

Officers have now been suspended for humiliating Bulelani Qolani, but he still wants more answers

Far from a robust and no-holds-barred affair, it was filled with lukewarm answers and awkward silences

This could get bloody: growing evidence of Covid-diabetes links

If the war on diabetes takes a backseat to Covid-19, the ripple effects could be even more deadly, say experts

Shutters open doors for graduates of Cape’s academy of hope

Bugs may never hop, but he’ll be the fastest rabbit on one paw

What will Americans do, come election time, to drag themselves out of the mire into which Donald Trump has cast them?

ANC won’t get its sticky mitts on the restaurant game. It’s too much work

They’ve never seen a cookie jar they couldn’t resist, but patronage and power beat the stresses of real life every time

Keep your pants on, anti-mask ignorami, it’s the humane thing to do

Ralepelle will own his doping rap, but he was chewed up and spat out

It shouldn’t be forgotten he endured a long history of disrespect from SA Rugby, the Bulls and the Sharks

Binge one of the best Stephen King adaptations in years

All 10 episodes of hit HBO series ‘The Outsider’, based on the horror master’s bestselling novel, are on Showmax

Blast from the past: Kallis is the man in Manchester

after the big bang The aftermath from an explosion at the Astron Energy refinery in Milnerton early on Thursday, with one unit partially collapsed and mangled. Two people were killed in the blast, the cause of which is still to be determined.
Image: Misha Jordaan/Gallo Images

Govt halts return to school for some grades

The government has decided not to allow all pupils who were scheduled to return to class next week to do so. In a statement on Thursday afternoon, the national basic education department said that only grades 6, grade 11 and grade R would be allowed to return as planned on Monday. The decision was taken following a meeting of the Council of Education Ministers earlier on Thursday. “The decision affects all provinces,” said spokesperson Elijah Mhlanga. Seven grades at ordinary schools were set to return next week, along with schools for those with intellectual disabilities or with autistic leaders. But this will no longer be the case. “After careful consideration of all the reports, the CEM took a decision that only grade 6, grade 11 and grade R will return to school on Monday July 6, 2020. The other grades will be phased during the month of July,” said Mhlanga. Education minister Angie Motshekga said the exact return to class would be determined by a number of factors, including the spread of the coronavirus across the country.

The SA Human Rights Commission is planning to take the City of Cape Town to court over lockdown evictions. This follows a humiliating incident, captured on video, of a naked Bulelani Qholani being dragged out of his shack – which was also destroyed – in the Empolweni informal settlement in Khayelitsha on Wednesday. SAHRC commissioner Chris Nissen, who visited the site on Thursday, said: “We will explore litigation against the city on evictions during the lockdown because it is illegal to do any evictions during Covid-19. The court can give you an order to evict but you cannot execute it during Covid-19.” Nissen said the city was in contravention of the Disaster Management Act. “I saw the video, I must tell you it’s horrific. There are no words to describe it,” said Nissen. Mayor Dan Plato has apologised to Qholani and said the city had suspended four officers.

Chinese tech giant Tencent has been fooled by impostors posing as representatives of the country's most famous chilli sauce brand, police said, in a saga that nearly pitched the two famous brands against each other in court. The dispute between Tencent and legendary Chinese sauce Lao Gan Ma heated up this week when a court announced it would freeze assets of the chilli maker. The court said the request came from Tencent, which had sued the manufacturer for not paying advertising fees under a 2019 contract. But as confusion reigned, Lao Gan Ma said it had never entered the deal, and reported the matter to the authorities. Police said three suspects aged between 36 and 40 had been detained in relation to the case. Preliminary investigations showed the trio had faked a Lao Gan Ma company seal and pretended to be managers of the chilli firm to sign a cooperation agreement with Tencent. - AFP

US customs officials said on Wednesday they had seized a shipment of products made from human hair believed to be made by Muslims in labour camps in China's western Xinjiang province. They were part of an $800,000 (R14m), 13-ton shipment from Lop County Meixin Hair Product Co. US Customs and Border Protection ordered on June 17 that the company's goods be held on grounds it uses prison and forced labour, including from children. Lop County Meixin was the third Xinjiang exporter of human hair - typically used in weaves and extensions - to be blacklisted in recent months for using forced labour. - AFP

Finland's air force, which for over a century has had a Swastika as part of its emblem, has replaced the controversial Nazi-linked symbol with a golden eagle, the military said Thursday. The decision to remove the emblem was actually made in 2017, but it has taken time to roll out the change and only received widespread attention this week when a Helsinki professor spotted the change. According to the air force, the new emblem with a golden eagle has been its official logo since 2002 but some units and aircraft kept the one featuring a swastika, which was the official logo from 1918-1945. Since 1945, Finnish military aircraft have featured a white-blue-white roundel as the national insignia but the swastika remained in some unit emblems, unit flags and decorations. - AFP 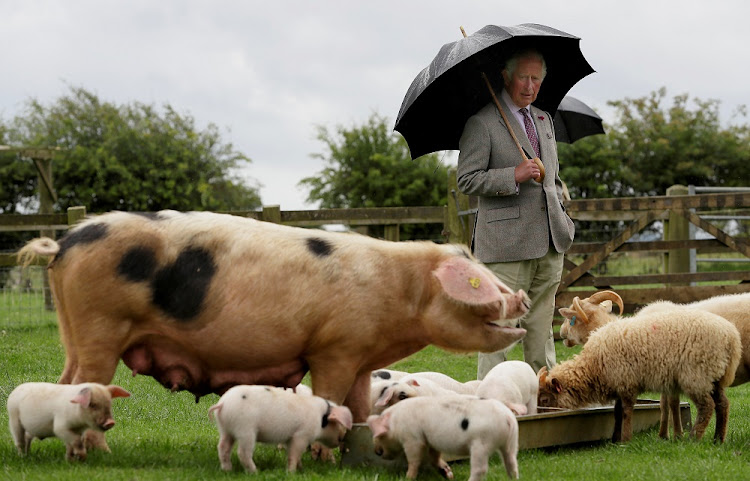 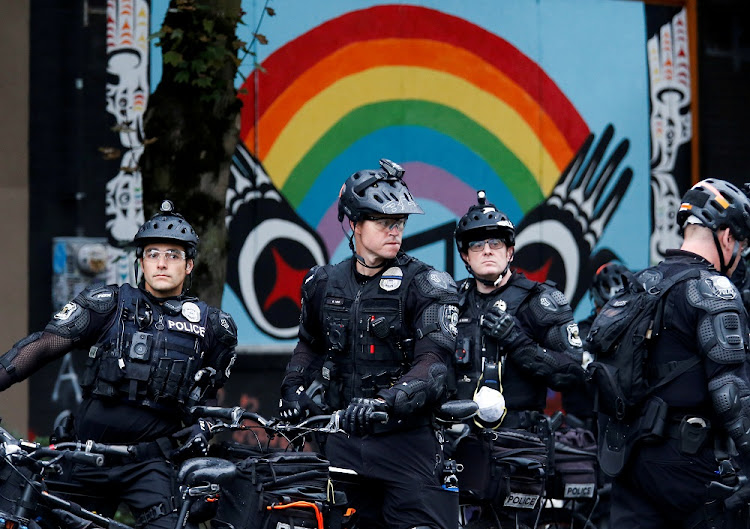 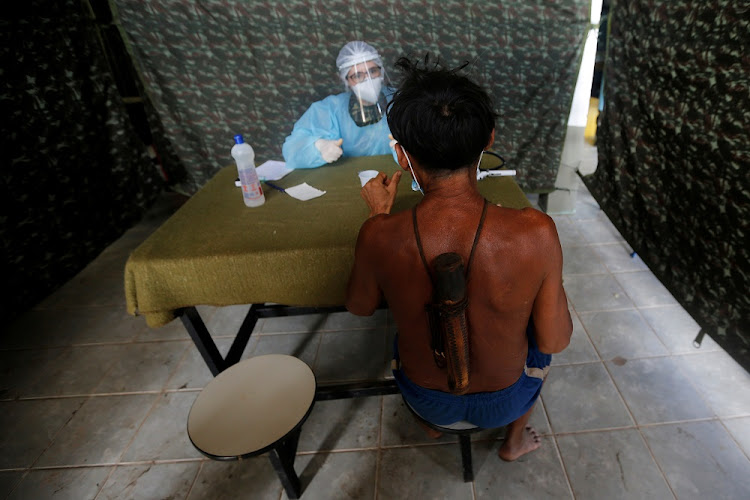 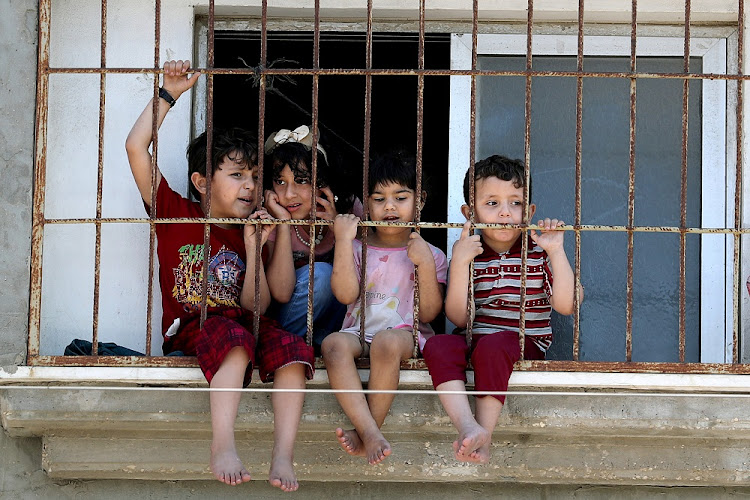 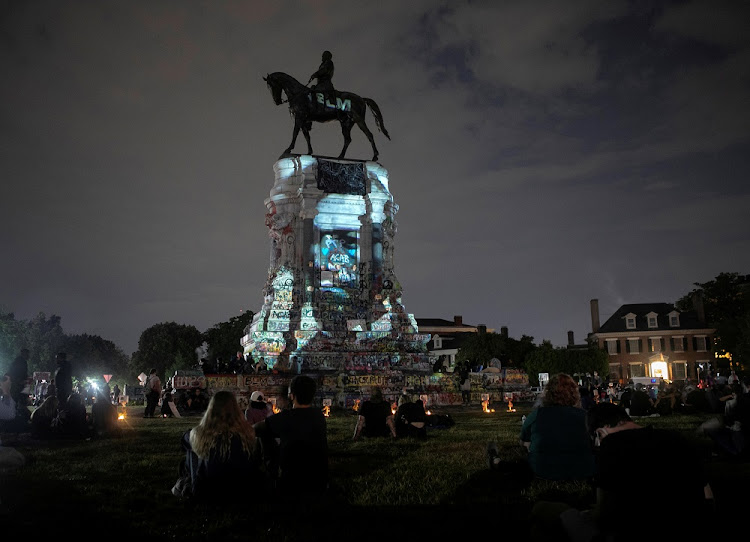 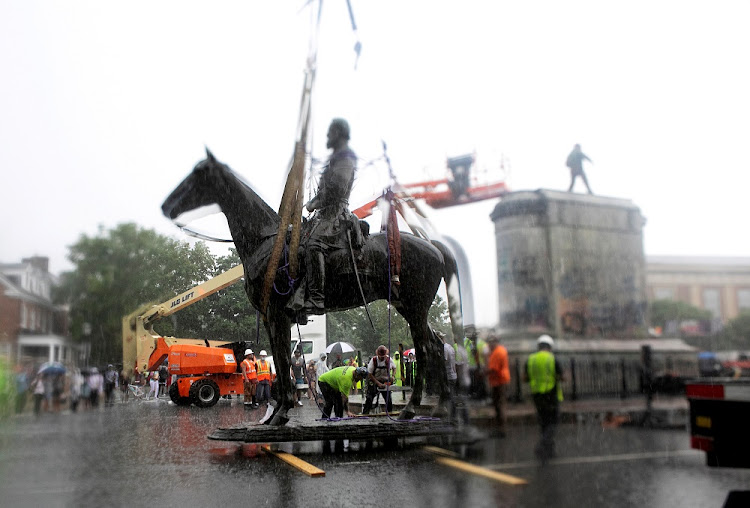