NPA, Hawks need to be resourced urgently because Radzilani and Msiza’s reinstatements are troubling for SA

Mass retrenchments loom if leisure travel ‘does not open this week’

The interprovincial travel ban is costing the sector about R748m a day and putting 600,000 jobs at risk

Covid-19 deaths may be twice as high as official toll, says MRC

HOW SA IS PROTECTING ITS CHILDREN ... OR NOT

Take a long, hard look at yourselves and change what breeds racism or you will face more and more challenges

Class acts: non-profits jump in to help save the school year

From after-school learning to food and sanitising, NGOs respond with urgency to restart schools

The trouble with Mogoeng’s stance on Israel, and why SA must back Palestine

Even if it had not been complicit in apartheid, one would think the Israeli state is deserving of censure

The dearth of black SA cricketers needs to change, fast

Not all is bad at Cricket SA, but if it’s to chart a successful future, young players must be given a chance

As a teen he was a troublemaker, but fashion put his life on track and he’s helping young people to realise their dreams

Non-sample? Then you’re non-existent, no matter how famous

Covet story: a rare glimpse into the world of Coco Chanel

A new video series offers an intimate look at the style icon and her muses, and the soul of the brand

Blast from the past: Firsts all round for SA on foreign soil

one last ride A child swings on the door of an old taxi near Laanglaagte Train Station in Johannesburg.
Image: Alon Skuy

SA needs to have a serious conversation about what needs to be done to combat corruption on a large scale, prosecutions boss Shamila Batohi said on Tuesday, emphasising that the investigating directorate established in 2019 is only a temporary answer to an enormous problem. After years of rampant corruption that has contributed significantly to SA’s current economic devastation, pressure has been mounting on the National Prosecuting Authority (NPA) to prosecute high-profile politicians on allegations of state capture, fraud and corruption. The common critique is that high-profile prosecutions have been few and far between since the new leadership of the NPA took over, after the institution itself had been politically abused for more than a decade. “Are we winning this battle? At this point I can say we are not winning. I think we have to be candid about this ... ” Batohi told the parliamentary portfolio committee on justice and correctional services.

At least 16 police stations have shut their doors since Monday as Covid-19 rages through the country. According to the police since Monday, the stations, branches and community centres were forced to temporarily close after at least 18 members tested positive for Covid-19. Stations or detective branches closed in Bethulie, Bedfordview, Middelburg, Charles Cilliers, Klerksdorp, Florida, Diepsloot, Parkweg and Zamdela, Wierdabrug, Rustenburg, Kimberley, Kroonstad, Allanridge, Mangaung, Nottingham Road and Westville.

A 14-year-old girl was allegedly raped when she went for a photoshoot at a modelling agency, and police have asked other victims to come forward in Cape Town. Spokesperson Sgt Noloyiso Rwexana said the teen said she was raped by a man when she went for the photoshoot on June 24. Officers pounced on the agency on Tuesday and arrested a suspect. He is expected to appear in the Cape Town Regional Court on Wednesday. Police called for victims who suffered sexual violence at a modelling agency in the city to contact investigating officer Sgt Graham Davids on 082 522 1086.

Dutch brothels back in business, but ‘no kissing’

Dutch brothels reopened on Wednesday, after being locked down in March due to the coronavirus. “I’m totally booked” for Wednesday, Foxxy, a sex worker and activist at the Prostitution Information Center (PIC) in Amsterdam, said. “Everybody is so relieved that we can go back to work again, because a lot of sex workers didn’t get any benefits from the government.” As with Dutch hairdressers and masseurs, sex workers are encouraged to verify their clients do not have Covid-19 symptoms. Other measures include “disinfection and washing the hands, cleaning the sheets after every appointment. Those are the basic needs. But we don’t need to wear any face masks during the play dates, thank God,” said Foxxy, adding that “most of us will avoid face to face, so no kissing”. The Netherlands legalised prostitution in 2000. Sex workers have to register with the chamber of commerce and pay income tax, and lobby groups have complained that many did not received benefits during lockdown. — AFP

Thousands of Palestinians protested on Wednesday in Gaza against Israel’s West Bank annexation plans, as premier Benjamin Netanyahu held off an announcement on the controversial project and international opposition stiffened. Netanyahu’s government had set Wednesday as the date from which it could begin implementing US president Donald Trump’s Middle East peace proposal. With no announcement scheduled, opponents of the plan, notably Palestinians in the West Bank and Gaza, were mobilising. The Trump plan, unveiled in January, offered a path for Israel to annex territory and Jewish West Bank settlements, communities considered illegal under international law. Netanyahu has voiced enthusiastic support for the plan, but has not revealed his intentions for enacting the proposals. Hamas, the Islamist group that controls Gaza, said Israeli annexations in the West Bank, which borders Jordan, would be a “declaration of war”. — AFP

Britain on Wednesday extended Hong Kong residents immigration rights after calling China’s new security law for Hong Kong a “serious” violation of the former UK territory’s autonomy. The legislation has been widely denounced in the West since it was imposed on Tuesday. British prime minister Boris Johnson said London had warned Beijing that it would introduce a new route for those with British National Overseas status to enter the UK, granting them the right to live and work in Britain and then apply for citizenship. Britain’s new offer applies to an estimated three million Hong Kongers. Critics say the new law, passed by Beijing this week, tests the limits of a “One Country, Two Systems” deal that was signed into international law in 1984. British foreign secretary Dominic Raab said China had not only broken the joint declaration, but its own basic laws on Hong Kong, and international obligations to respect autonomy and rights in the territory. — AFP 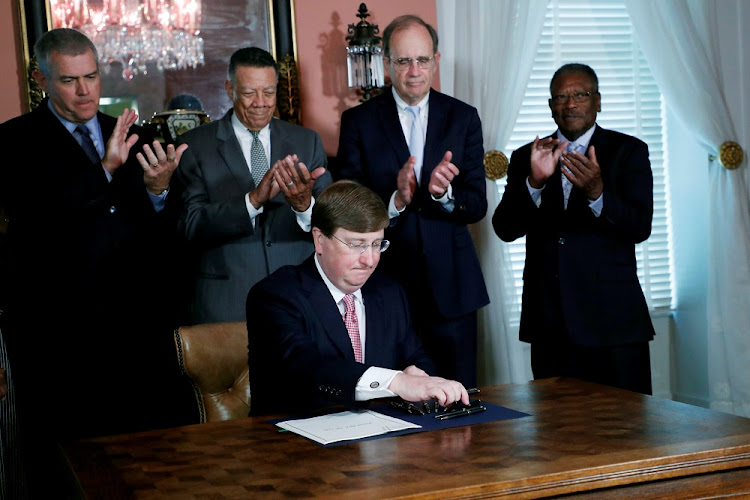 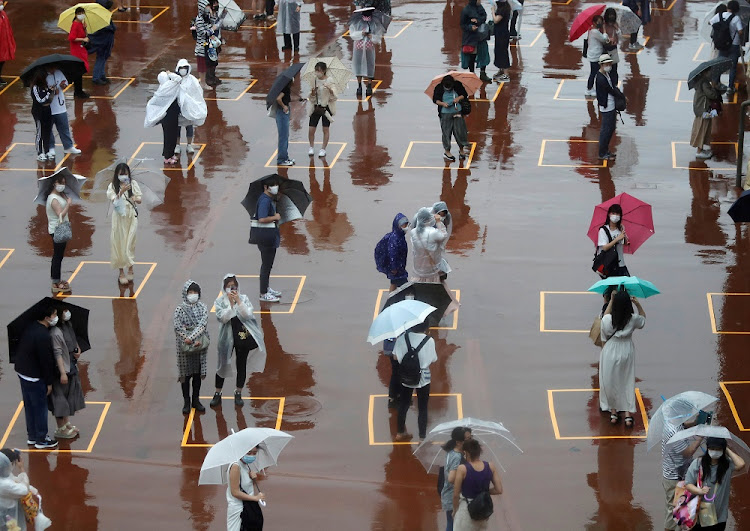 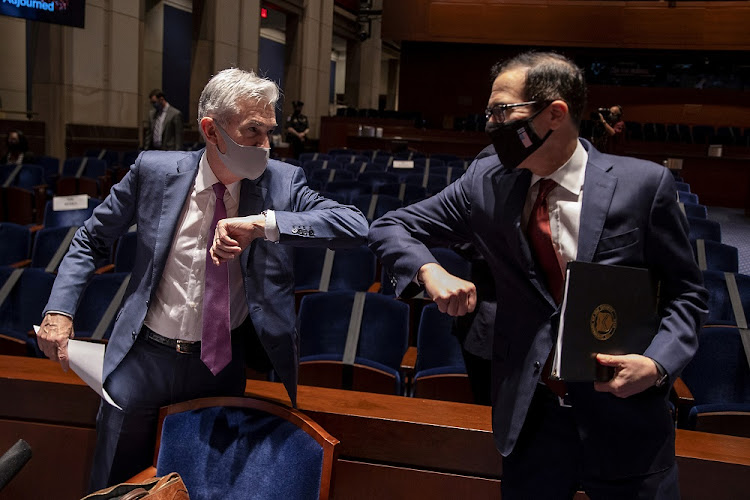 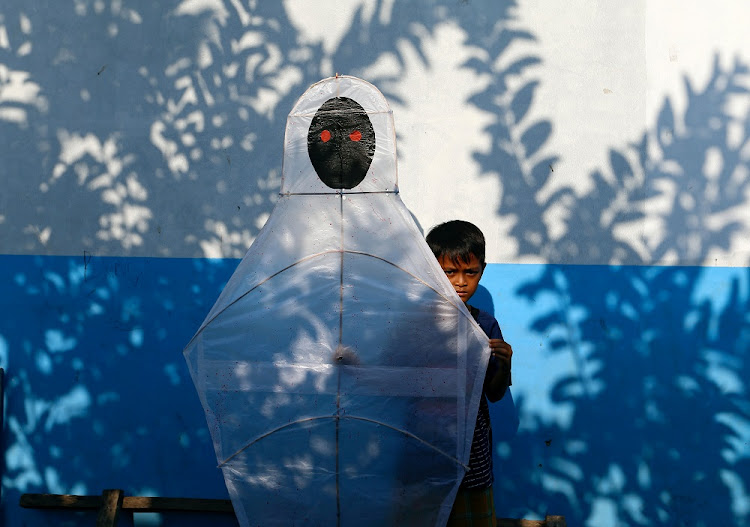 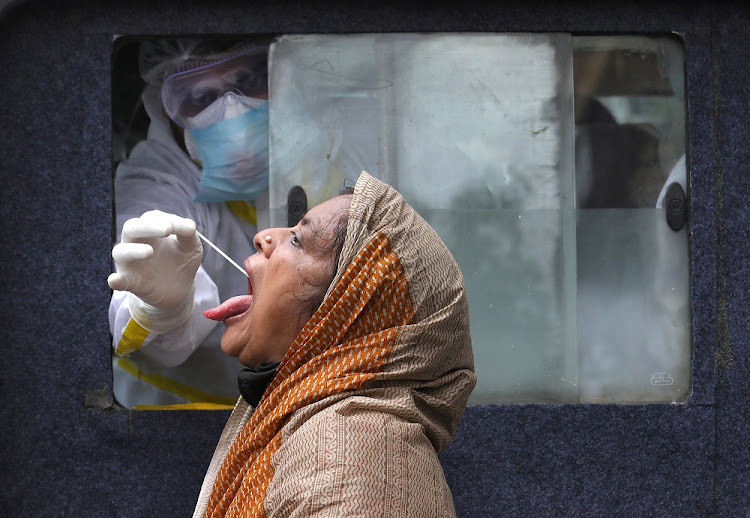 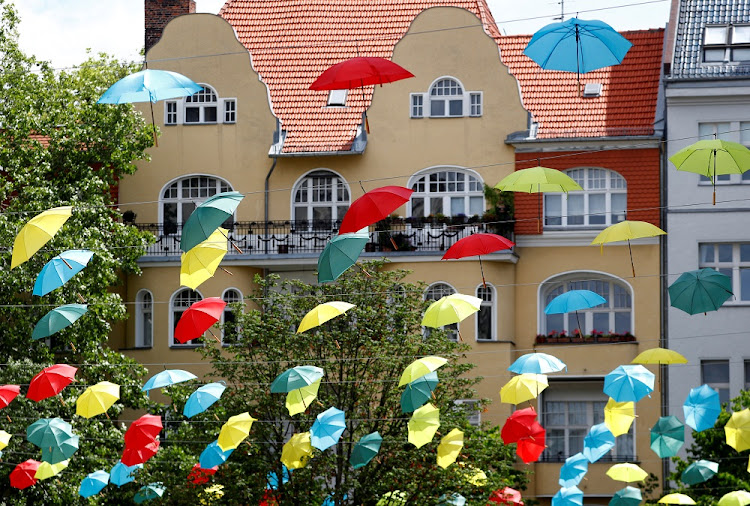